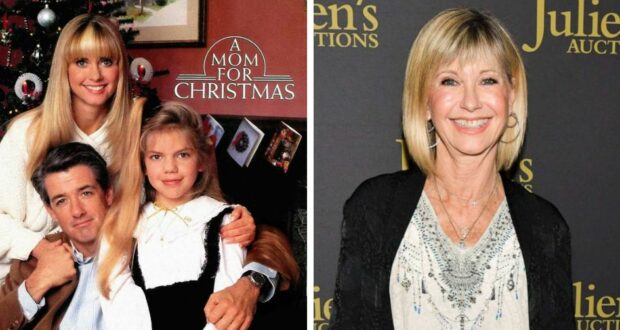 Heartbreaking news to report on today. Olivia Newton-John, superstar singer and star of the classic film Grease has died at the age of 73. Although an official cause of death has not been shared at this time, Newton-John had been battling breast cancer for years. The actress revealed that she had been diagnosed with breast cancer 30 years ago, in 1992. Since her diagnosis, Newton-John advocated for those who were also battling cancer, and she never let it stop her from continuing with her career and connecting with her fans. 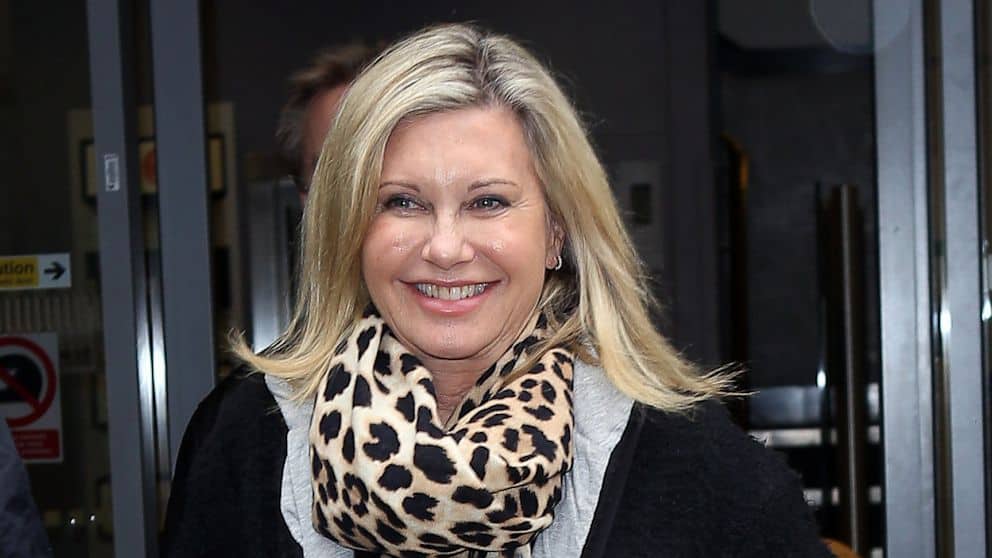 The news was shared by the actress’s husband — John Easterling — on her Facebook page. Easterling wrote:

Dame Olivia Newton-John (73) passed away peacefully at her Ranch in Southern California this morning, surrounded by family and friends. We ask that everyone please respect the family’s privacy during this very difficult time.

Olivia has been a symbol of triumphs and hope for over 30 years sharing her journey with breast cancer. Her healing inspiration and pioneering experience with plant medicine continues with the Olivia Newton-John Foundation Fund, dedicated to researching plant medicine and cancer. In lieu of flowers, the family asks that any donations be made in her memory to the Olivia Newton-John Foundation Fund (ONJFoundationFund.org).
Olivia is survived by her husband John Easterling; daughter Chloe Lattanzi; sister Sarah Newton-John; brother Toby Newton-John; nieces and nephews Tottie, Fiona and Brett Goldsmith; Emerson, Charlie, Zac, Jeremy, Randall, and Pierz Newton-John; Jude Newton-Stock, Layla Lee; Kira and Tasha Edelstein; and Brin and Valerie Hall.
– via John Easterling, husband, Olivia Newton-John

When 11-year-old Jessica receives a free wish, she gets what she asked for and more – a mom for Christmas! A beautiful woman named Amy shows up at her door bringing life and laughter back into Jessica’s family. Olivia Newton-John stars in this charming tale of love, family and starting over that will bring you great cheer each holiday season. 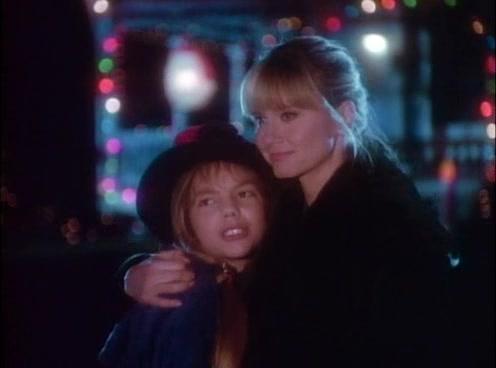 Here is more on the actress’s celebrated career, courtesy of CNN:

Thanks to a string of country and soft-rock hits, Newton-John was already a popular singer by the late 1970s. But her co-starring role opposite John Travolta in 1978’s “Grease,” arguably the most popular movie musical of all time, lifted her to a new level of stardom.

Australia, when she was five. After winning a talent contest on a TV show, “Sing, Sing, Sing,” as a teen she formed an all-girl group and began appearing on weekly pop music programs in Australia.

Newton-John recorded her first single in England in 1966 and scored a few international hits, but she remained largely unknown to US audiences until 1973, when “Let Be There” became a top-10 hit on both the adult contemporary and the country charts.

A series of No. 1 easy-listening hits followed, including “I Honestly Love You,” “Have You Never Been Mellow” and “Please Mr. Please.”

Then came “Grease,” which was 1978’s top-grossing movie and became an enduring cultural phenomenon.

The movie gave Newton-John an opportunity to change her squeaky-clean image. The cover of her next album, “Totally Hot,” featured the singer in black leather, while its songs had an edgier, more contemporary pop sound. 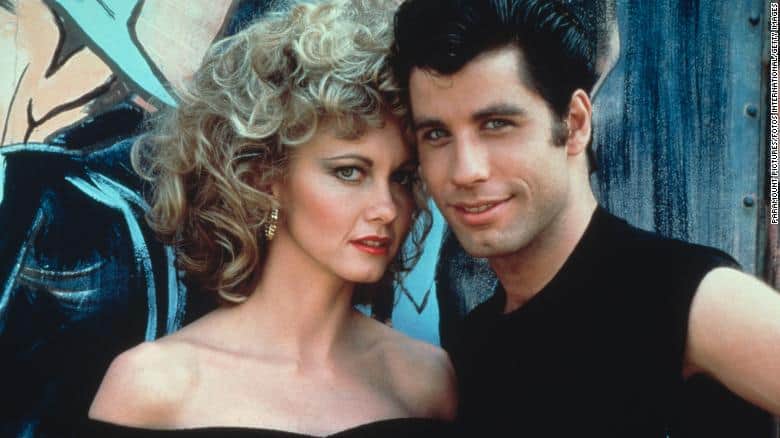 Shortly after Newton-John’s death was announced, her Grease costar, John Travolta, took to Instagram to remember the actress.

My dearest Olivia, you made all of our lives so much better. Your impact was incredible. I love you so much. We will see you down the road and we will all be together again. Yours from the first moment I saw you and forever!
Your Danny, your John! 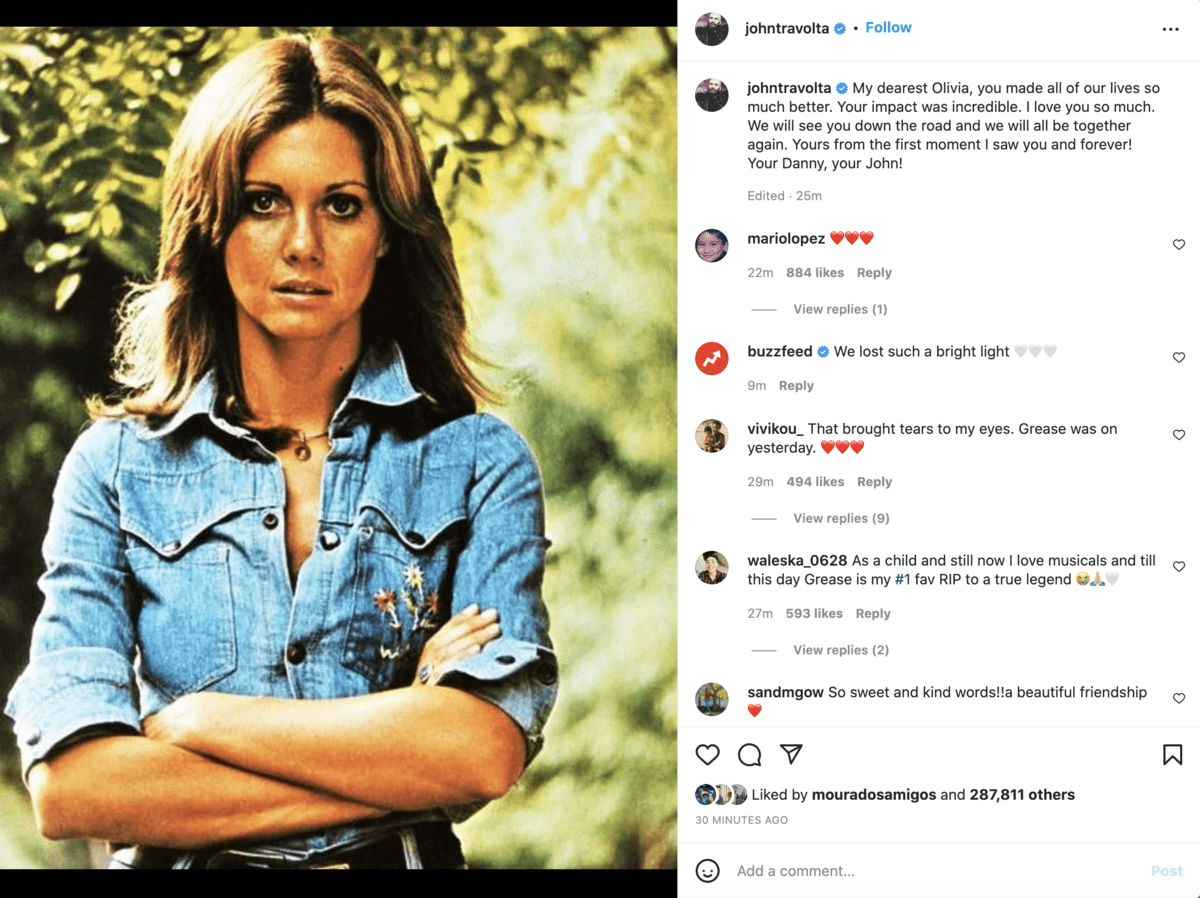 Newton-John is survived by her husband, John Easterling, and her daughter Chloe Lattanzi — who is her daughter from her first marriage to actor Matt Lattanzi, which lasted from 1984 until 1995.

2022-08-08
Krysten Swensen
Previous: New Video Going Viral of Fight at Disney
Next: Walt Disney’s beloved 1964 plane is being BROKEN APART, piece by piece, in an abandoned field behind Animal Kingdom