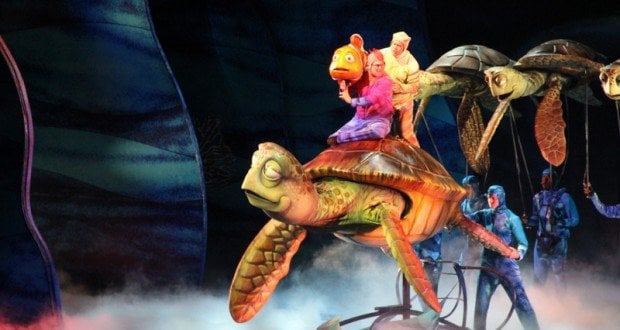 UPDATE! Finding Nemo: the Musical to get an all-new revamp for 2022. Click here for details!

During a performance today at Disney’s Animal Kingdom, Cast Members shared the news that Finding Nemo: The Musical will not be returning to the Theater in the Wild venue at the park.

How can we just keep swimming with news like this?

Performers from the musical took to social media to share their love for the show and the sadness in their hearts that the show will not go on. 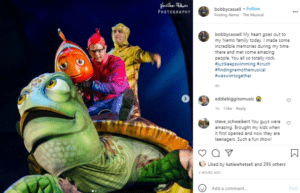 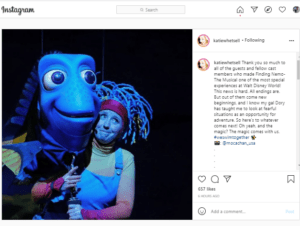 Fans were not any happier about the news than the Cast members were. Some even shared that they’re “devastated” and that this news renewed the night.

this ruined my night i went to disney in 5th grade for a week and the literal only thing i remember about the trip is seeing finding nemo the musical. IM DEVASTATED. pic.twitter.com/3ElpIKYJmp

One fan of the musical mused about a very special Finding Nemo-themed Magical Moment.

RIP Finding Nemo: The Musical! I’ll never forget this awesome #MagicalMoment that happened while on my Fall 2019 DCP. pic.twitter.com/e5z6epkT7y

There are even fans of the musical who blame Bob Chapek for Nemo‘s demise.

The quality on those were blurry and not that great, but it’s sad to say that Finding Nemo the Musical is another casualty of the pandemic and awful Disney CEO Bob Chapek’s penny pitching moves, as the show will not return #DisneyWorld50 pic.twitter.com/9QNlbj3iMo

The Broadway-style musical first came to Disney’s Animal Kingdom on January 2, 2007. It was first confirmed in April of 2006 when Disney announced a new musical adaptation of PIXAR’s Finding Nemo that would include brand-new songs by Tony-award-winning composer Robert Lopez and his wife, Kristen Anderson-Lopez. 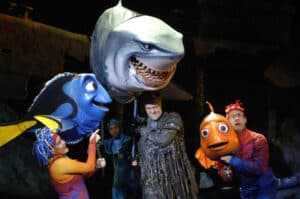 Kristen Anderson-Lopez said that the couple agreed to write the adaptation and that Finding Nemo was “one of their favorite movies of all time.”

They decided to move forward with the project, she says, after they considered “the idea of people coming in [to see the musical] at 4, 5 or 6 and saying, ‘I want to do that.'” 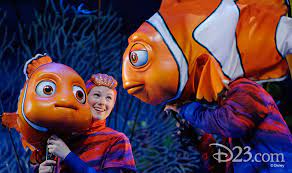 She says that she and her husband wanted to take the Nemo adaptation as seriously as if they had been asked to write a show for Broadway.

The musical has always been very well attended, thanks to the energy of the performers and the bold, vibrant colors of the sets and the larger-than-life puppets.

Finding Nemo: The Musical was a well-written, dynamically-performed show that will be greatly missed by anyone who loves Nemo, Marlin, Crush and the rest of our underwater friends in the Big Blue.