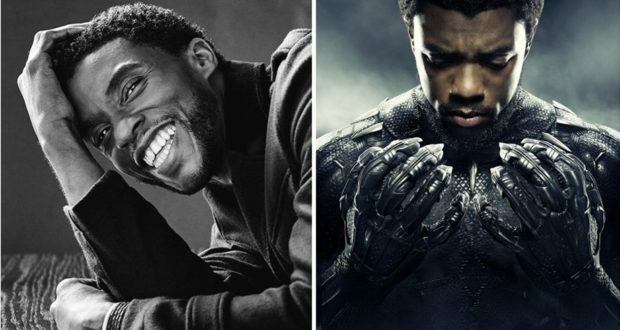 One year ago on August 28, 2020, the news devasted the world that actor Chadwick Boseman, who played the Black Panther star in the Marvel Cinematic Universe, died of colorectal cancer at age 43. A message was shared on Boseman’s Twitter account from his family that stated the following: “It is with immeasurable grief that we confirm the passing of Chadwick Boseman. Chadwick was diagnosed with stage III colon cancer in 2016 and battled with it these last 4 years as it progressed to stage IV. A true fighter, Chadwick persevered through it all, and brought you many of the films you have come to love so much. From Marshall to Da 5 Bloods, August Wilson’s Ma Rainey’s Black Bottom, and several more, all were filmed during and between countless surgeries and chemotherapy. It was the honor of his career to bring King T’Challa to life in Black Panther. He died in his home, with his wife and family by his side. The family thanks you for your love and prayers, and asks that you continue to respect their privacy during this difficult time.” With the one-year anniversary since Chadwick Boseman’s death, Marvel film fans took to social media to remember the man behind Black Panther.

Paul Rudd, AKA Marvel’s Ant-Man shared, “To all of those little kids that love Black Panther and looked to T’Challa as their hero, just know that the guy who played him is an even bigger hero in real life.” -Paul Rudd. The tweet included the following video:

Josh Gad, the voice of Frozen’s Olaf, shared, “Not a day goes by one year later, where it doesn’t still hurt. But in the darkness, he always reminds us of the light. He was an angel on this planet and is now a Saint on high. Love you and miss you more than ever… forever. #ChadwickBoseman”

ESPN’s SportsCenter remembered the late actor by taking to Twitter: “Chadwick Boseman died from cancer one year ago at the age of 43. From playing Jackie Robinson in “42,” to his iconic role as T’Challa in “Black Panther,” he left a lasting impact on sports and culture.”

Marvel Cinematic University Twitter fan page shared: “One year ago today, we lost #ChadwickBoseman. We remember the joy and inspiration he brought to the world, both on and off the screen.”

Rest in peace Chadwick. You are greatly missed. Wakanda forever!