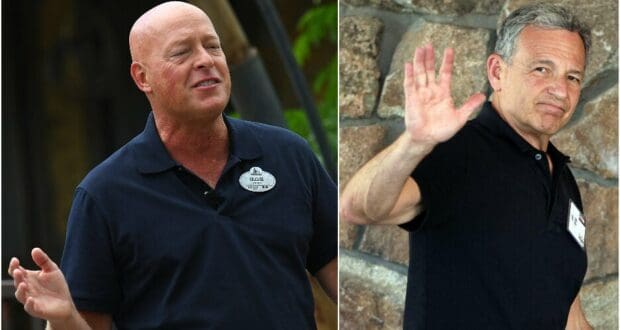 The ousting of Bob Chapek is all anyone can talk about right now. Fans struggled to believe the news at first but later “broke the internet” with their posts on the topic. When news of the shakeup at the top broke late Sunday night which is notable because Chapek was supposed to be introducing Elton John at the time. Word traveled fast and people were soon singing the praises of former CEO Bob Chapek’s departure all night.

The reaction from fans was…hilarious. The ousting of Chapek has truly been comedy gold and we are here for it all! From “hot takes” to celebrations to downright mockery, the internet has done what it does and spread the news far and wide.

Many were jubilant about the news and took to social media to share their joy! Many others were just happy to see all of the positivity.  Cast Members especially seemed elated about the news.

I don't think I've ever been so happy. Welcome home @RobertIger ❤️❤️❤️- the GOAT is back!!!!

Even celebrities joined in! Josh Gad, who famously voiced Olaf and played LeFou in Disney’s live action Beauty and the Beast, called Iger the GOAT (greatest of all time). 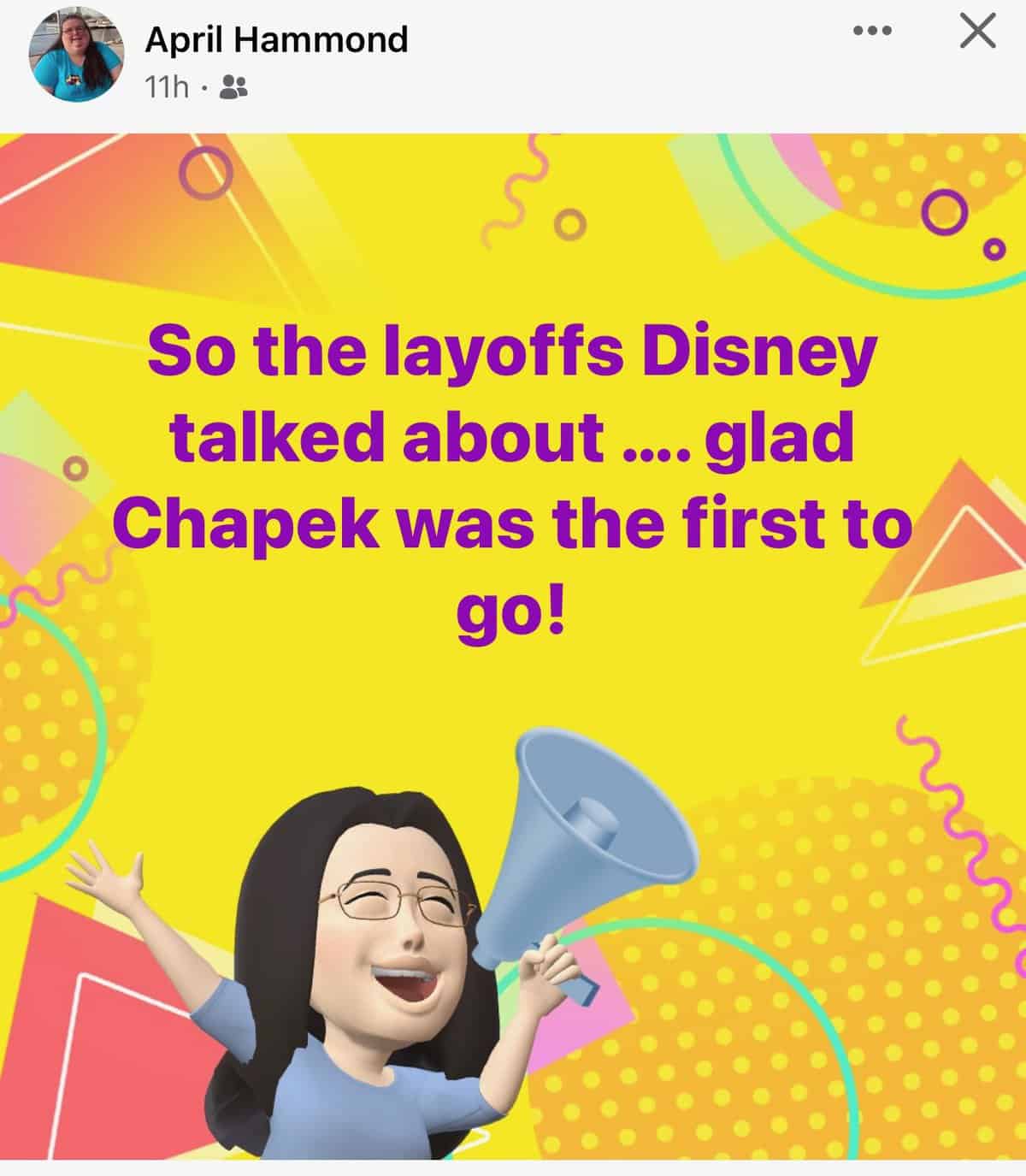 We have to admit… this one was hilarious.  When you announce that layoffs are coming but then get fired yourself less than a month later… jokes will ensue. 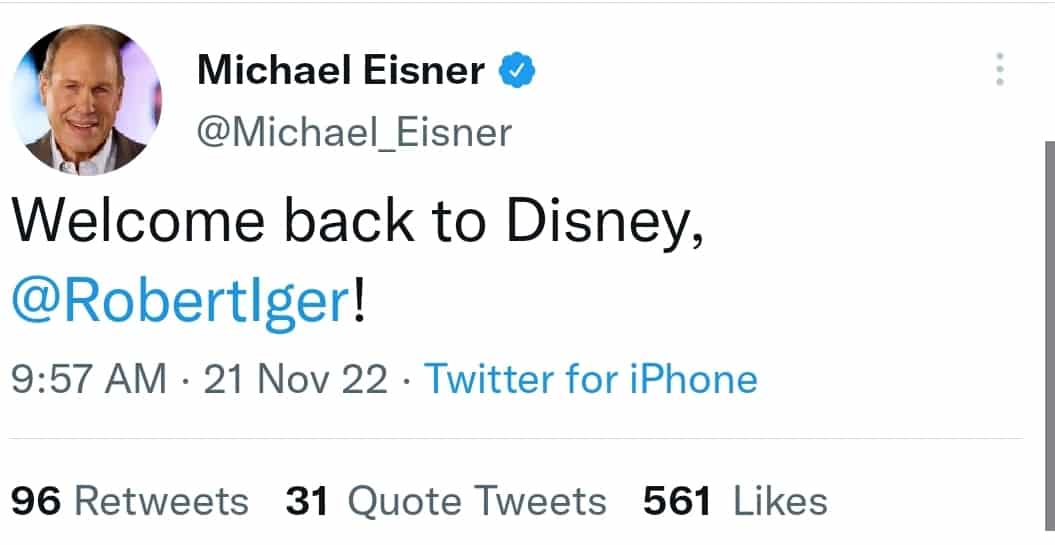 Even former CEO’s joined in. Michael Eisner’s response was measured and professional but the joy wad evident. This was a Disney CEO who was not without controversy (and an attempted coup) himself so his acknowledgment speaks volumes. 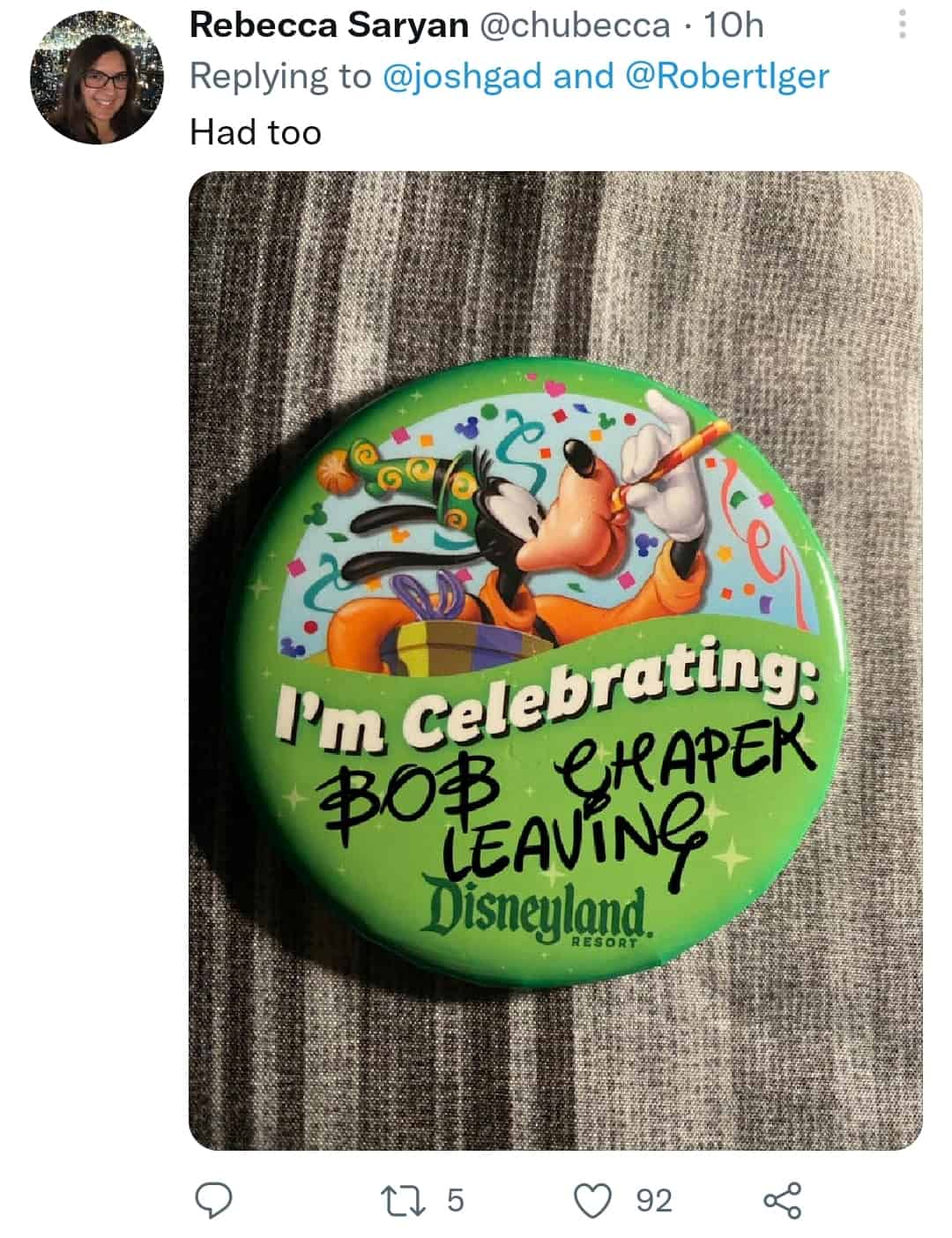 Celebration buttons are fun ways to tell the world you’re celebrating something special.  To many fans, the firing of Bob Chapek is certainly cause for celebration!

Disney is a very large part of many fans lives so it goes without saying that emotions can run high. Many fans expressed having chills or shedding tears of joy at the news that Chapek had been fired.

I personally spent all day in Disneyland complaining about Bob Chapek. The board of directors fired him and replaced him with Bob Iger. You’re welcome, everyone! It’s my birthday gift to you.

You heard it here first folks. We owe Charles Rogers a huge thank you! All kidding aside, this is a sentiment shared by many.

Disney says Iger is returning for two years. Don't miss your last chance to see him as CEO before he glows away forever. pic.twitter.com/63QINYfxtq

Bob Iger has reportedly been brought back for a two year period to help select and train a successor. Scott Gustin joked on Twitter abkut how we’ve hear this kine before. Seriously,  how many times has Main Street Electrical Parade been rumored to be going away forever? This has the same vibe. 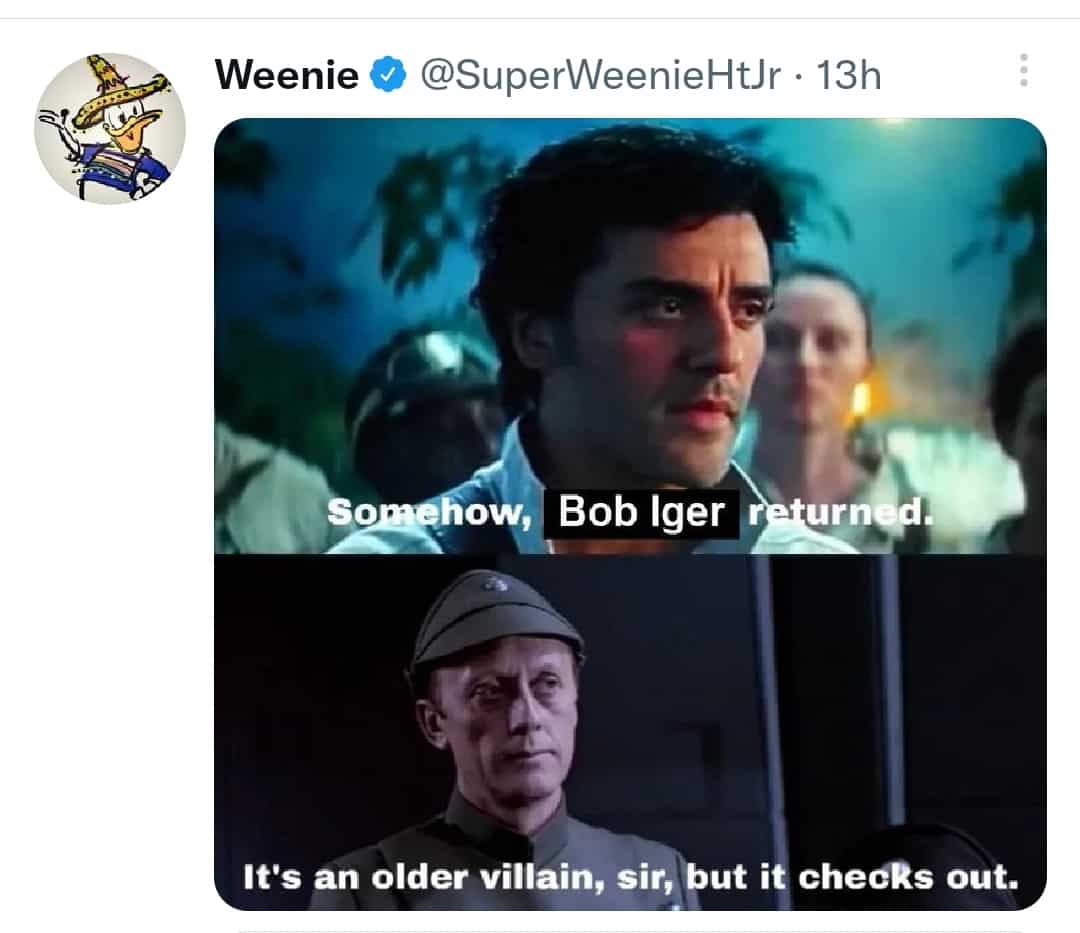 The Twitter user who goes by the name “Weenie” on the platform never fails to make us laugh. In fact,  we couldn’t decide which Tweet we liked better so here they both all in all of their hilarious glory!