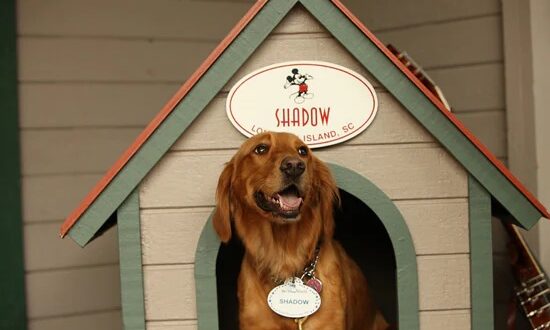 For more than 20 years, Mike Ayers AKA B’Lou Crabbe, and his absolutely adorable Golden Retriever pup Shadow have been entertaining Guests at Disney’s Hilton Head Island Resort. B’Lou plays music and tells Guests the story of Shadow, a puppy who was found roaming the grounds as Disney’s Hilton Head Resort was being built in 1996. Shadow had become a part of the Resort family by the time it opened and has been a staple there ever since. 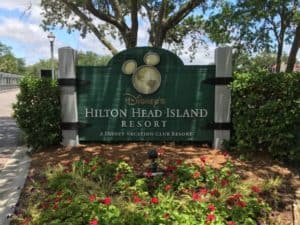 When Disney’s Hilton Head Resort was forced to shut down because of the pandemic, Mike and Shadow were furloughed but looked forward to the day when they would once again get to interact with the Guests that they cared for so much. Unfortunately, Disney recently informed Mike that he and Shadow were being let go and would not be returning to the Resort, and no explanation was given as to why that decision was made. 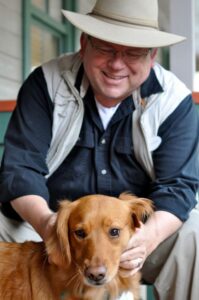 The choice to not bring back two incredibly popular Cast Members struck a nerve with Disney fans, who feel that it is just one more thing to add to the list of unpopular changes Disney has been making recently. Fans want to show Disney how upset they are and hopefully, maybe convince the House of Mouse to bring the two Cast Members to the South Carolina Resort. 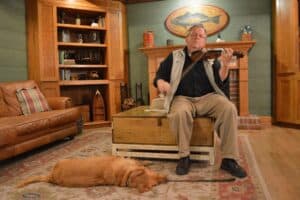 A Change.org petition was started by Danielle Perry, who states the following in the petition:

Disney has recently made the heartbreaking and inexplicable decision to end the presence of B’Lou Crabbe and Shadow at DHHIR. While Shadow’s name and likeness are found all over the resort as well as on countless merchandise, and B’Lou’s events occupy prime space in the daily schedule, Disney has removed them from the resort experience. The fact that no explanation for this has been given to the thousands of DHHIR DVC members and guests amounts to a slap in the face. It is impossible to know how such beloved cast members can simply be “cancelled” while still expecting members and guests to spend their hard earned money on what has now become an inferior product.

Disney, as the master of creating and telling stories, please reconsider your decision to cancel B’Lou Crabbe and Shadow at DHHIR. Do not let this be how the story ends. 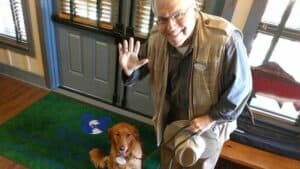 So far, the petition has nearly 5,000 signatures, which shows just how many people absolutely love seeing B’Lou and Shadow and feel the two are an integral part of their Hilton Head Resort vacation.

If you would like to sign the Change.org petition to try to bring back B’Lou Crabbe and Shadow to Disney’s Hilton Head Resort, you can click here.

What do you think of Disney’s decision to not bring back B’Lou Crabbe and Shadow?

2021-11-30
Krysten Swensen
Previous: Extremely explicit, inappropriate photos left by Guest around the Walt Disney World Resort, shocking Guests, leading to calls to police
Next: How You Can See the Magic Kingdom Christmas Parade WITHOUT An After-Hours Event Ticket