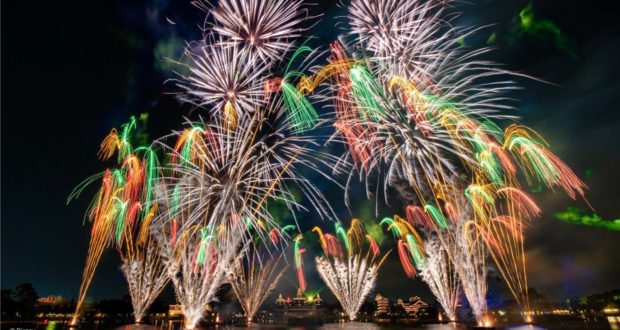 EPCOT Forever on the Fourth of July

The 4th of July and fireworks go hand in hand. Before the closure due to COVID-19, Independence Day was a cause for celebration at Walt Disney World. Special fireworks replaced Happily Ever After at the Magic Kingdom, and IllumiNations had a special patriotic ending. There were no fireworks in 2020, the parks hadn’t even reopened yet. Fireworks returned to the Magic Kingdom and EPCOT on July 1, 2021. This year, Walt Disney World held the normal shows at both parks instead of having a holiday theme. That was okay, since fireworks had just returned guests were happy with anything.

I attended the first night of Happily Ever After at the Magic Kingdom. On July 4, I headed to EPCOT. Due to an unexpected (but good) personal matter, I went alone. I had seen EPCOT Forever several times before things shut down, and I was happy to be able to experience it again.

Since I was going to EPCOT just for the fireworks, I didn’t arrive until a few minutes after 9:00. A word of warning, there were still Cast Members in the toll plaza. Usually you don’t have to pay to park less than an hour before a park closes, but that wasn’t the case on July 4. I’m not sure if it was because of the holiday or because fireworks had just returned. I’m an Annual Passholder, so it wasn’t a problem.

As I entered the park I heard fireworks. In all my years of living in Florida I never realized that you can see the fireworks from the Magic Kingdom in some spots at EPCOT. In areas where you could see them well small groups had gathered. You can’t hear the music or see the projections, but the fireworks themselves are still beautiful.

Each time I watched EPCOT Forever before the closure, I watched near the entrance to World Showcase. Since there are great views all around World Showcase, I decided to find a different spot. I wandered towards Mexico all the way to the bridge between France and the United Kingdom. Some places were crowded, while at others people had walked right by. I settled on a spot near the Outpost area. There was a great view, and there were only a few other people there. Social distancing is a thing of the past right now, but it was nice to not have someone breathing down my neck.

Two things to keep in mind about EPCOT Forever right now. First, without dessert parties, the spots that are usually reserved for the party guests are currently open to anyone. If you want to watch from one of these spots, arrive early because many others will have the same idea. Second, much of EPCOT Forever is in the sky overhead. You don’t have to be right near the water to have a perfect view.

There had been rain earlier in the day, and the humidity level was high. At least it wasn’t raining like it was for the return of Happily Ever After! EPCOT Forever started right on time.

It’s been at least a year and a half since I watched EPCOT Forever, and there were some changes. The main thing that I noticed was that there were no kites. I don’t know if they are out of the show for good, or if they didn’t fly because of the weather. I was told by an Imagineer when the show first opened that there were several reasons why the kites might be removed from the show. Then again, it was recently announced that there will soon be kites at Disney’s Animal Kingdom, so that could have something to do with their removal.

As far as seeing the show on the 4th of July, there wasn’t anything different. There were no extra fireworks at the end. Spaceship Earth was not dressed up with American flag projections. The normal music played as the crowd left. Still, it was nice to be able to watch Disney fireworks on Independence Day. As I walked around World Showcase towards the front of the park once the show was over, I noticed that the fountains had been turned on from the Harmonious structure in the middle of World Showcase Lagoon. It made me excited for what the future holds. I have no doubt that Harmonious is going to be unlike anything that we’ve seen before. 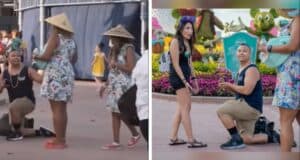