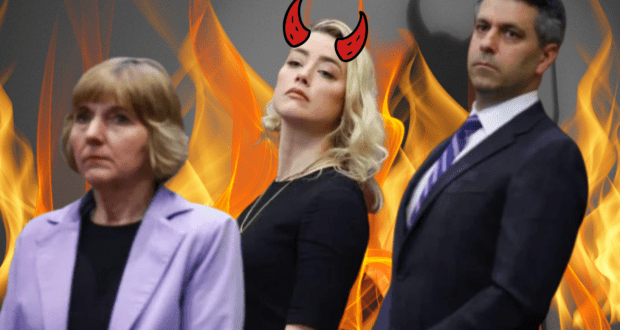 At least one member of Amber Heard’s legal team has been extremely busy following the verdict from the jury in the Johnny Depp defamation trial, which was read aloud in court on Wednesday afternoon. Only hours after the verdict was read, she has given interviews to two major national morning news programs touting the injustice she says that Heard and “all women” have been burdened with at the hands of the jury.

Elaine Charlson Bredehoft, one of Amber Heard’s attorneys in the Johnny Depp defamation trial gave an interview to CBS Mornings as well as NBC’s Today Show which aired on Thursday morning.

In her interview with Today Show host Savannah Guthrie, Bredehoft claimed that Johnny Depp’s legal had learned to “demonize Amber [Heard] and suppress the evidence.”

“She was demonized here,” Bredehoft said during an interview on the TODAY show. “A number of things were allowed in this court that should not have been allowed, and it caused the jury to be confused.”

The veteran attorney cited the outcome of Johnny Depp‘s U. K. trial, in which Depp sought a judgment against The Sun for labeling him “wife-beater.”

Bredehoft said that she believes that the jurors’ opinions were influenced by social media posts, though Judge Penney Azcarate was very clear in her instructions to the jury, telling them anytime the court recessed that they were not to consult social media in any way. She also instructed them not to talk to anyone about the case.

The jury was not sequestered.

“How can you not?” Bredehoft asked during the interview, referring to her belief that it’s not possible that jurors abstained from social media throughout the trial. “They went home every night. They have families. The families are on social media. We had a 10-day break in the middle because of the judicial conference. There’s no way they couldn’t have been influenced by it.” 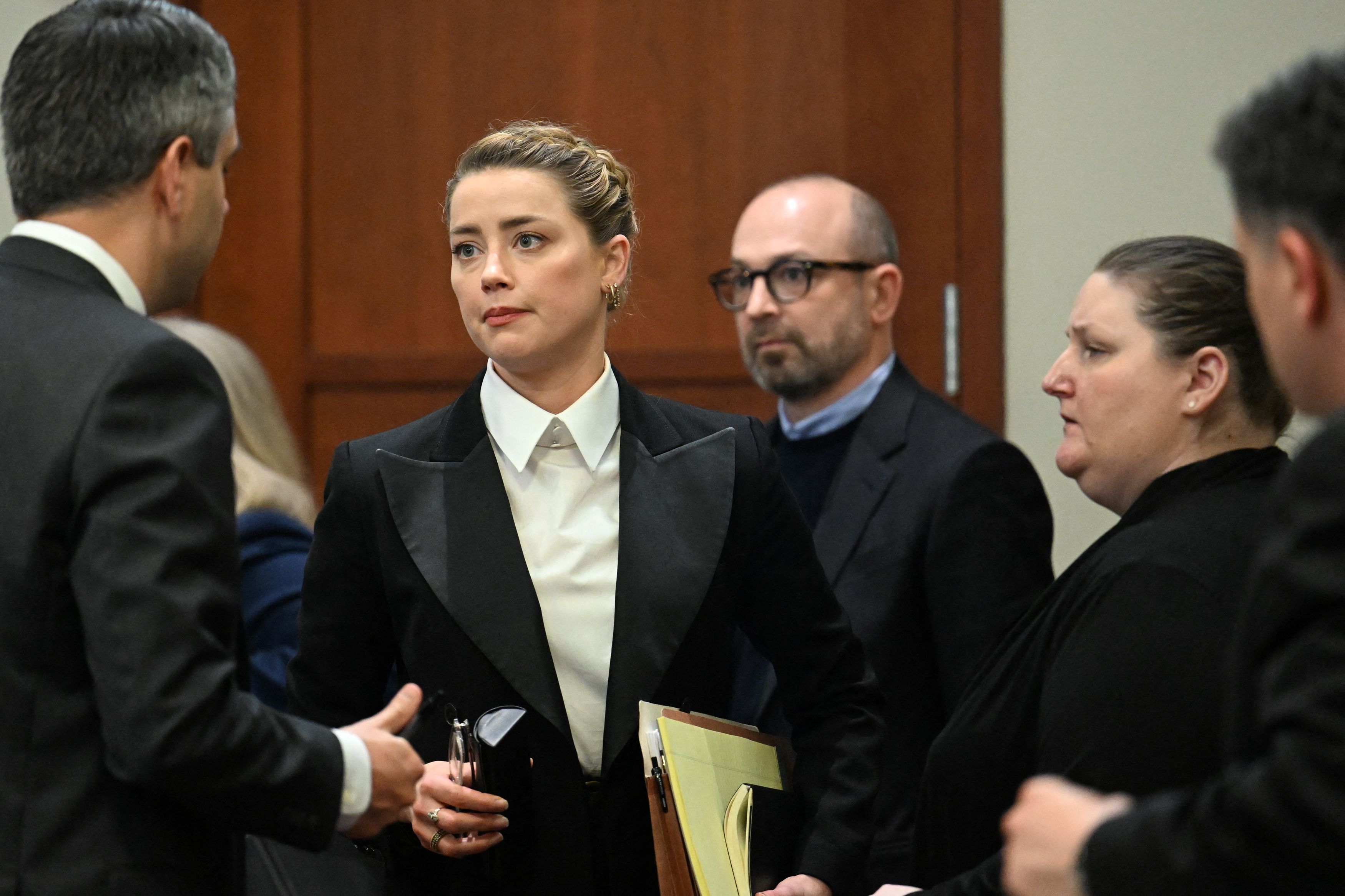 “[The medical records] . . . were very, very significant because they showed a pattern going all the way back to 2012 of Amber reporting this to her therapist, for example,” Bredehoft claimed. “We had a significant amount of texts, including from Mr. Depp’s assistants, saying ‘When I told him he kicked you, he cried, he is so sorry.’ That didn’t come in.” 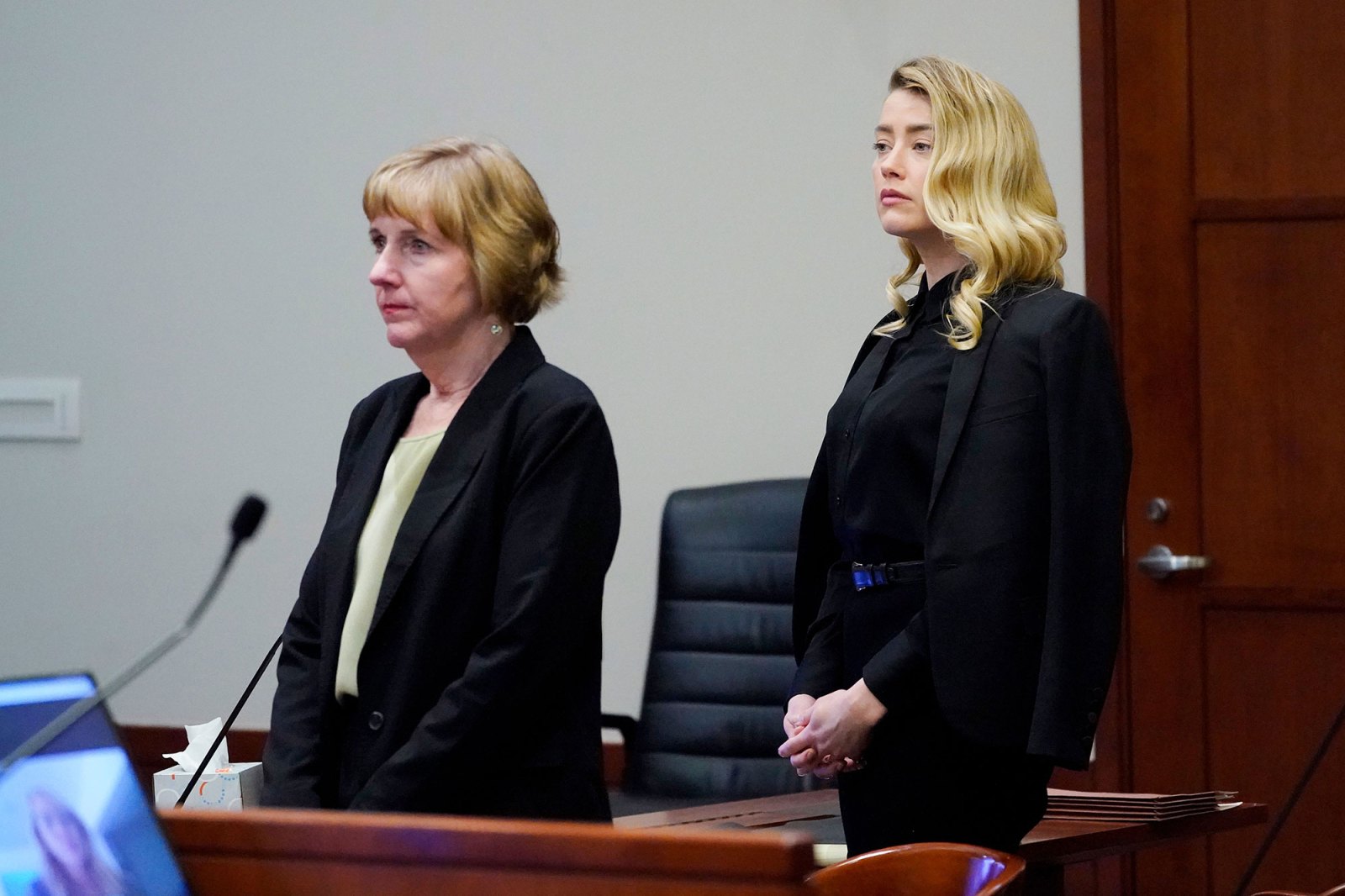 Guthrie asked Bredehoft if Amber Heard would be able to pay the judgment against her of $10.4 million, and the attorney scoffed, saying, “Oh no, absolutely not!” 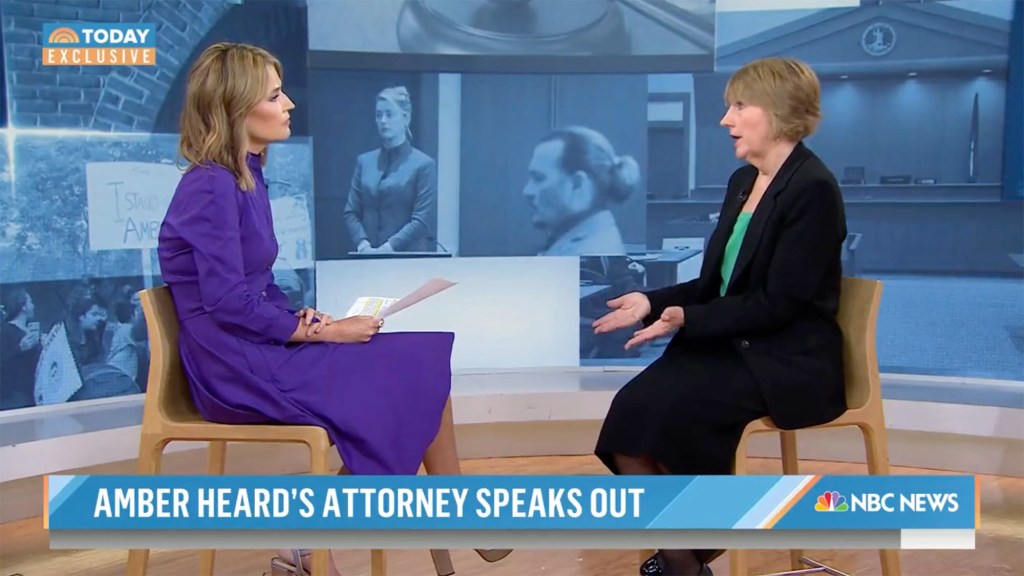 But Bredehoft’s interviews have enraged many. On Thursday, one of Twitter’s most trending hashtags was “#ElaineBredehoftisALiar.” Bredehoft has been called out on social media for her behaviors and claims since the verdict was delivered by the jury.

One Twitter user called out Bredehoft for defaming the jury, the judge, and the whole trial “because [Amber Heard] can’t take it.”

Beyond speechless. During break it was clear as day that AH and her team went online, checked the most damaging arguments from Social Media and worked on it. Now she defames the jury, the judge and the whole trial becaus AH cant take it. Wow. Just wow. #ElaineBredehoftisALiar

Other women called out Elaine Bredehoft and Amber Heard together, demanding they “stop bringing all women into this” as some feel “offended to be compared to Amber Heard.”

To Amber and Elaine Bredehoft: Stop bringing all women into this. I am a woman and I feel offended to be compared to Amber Heard! SHE'S THE ABUSER. You 2 are insulting REAL victims of abuse!!! #ElaineBredehoftisALiar #AmberHeardDeservesPrison #JusticeForJohhnyDepp

Still others point out that Bredehoft is “doing the same thing she called (former Depp attorney) Adam Waldman out for except he was actually telling the truth.”

Elaine is literally doing the same thing she called Adam Waldman out for except he was actually telling the truth. #ElaineBredehoftisALiar

Elaine Bredehoft is a decorated attorney if there is such a thing. Her accolades and awards are numerous, and she has litigated many high-profile cases, though not nearly as high-profile as the Depp-Heard case. But her behavior inside the courtroom, as well as her rush to give interviews hours after the verdict was read by the jury, in which she accuses the jury of defying the judge’s orders with respect to looking at social media during the trial, have led some to call for her to be disbarred.

Honestly, she should get disbarred. The judge should call her out. Is there no repercussions for this woman? We watched the whole trial. I am sick of HER VOICE. DISBAR..SOMEONE MAKE HER ACCOUNTABLE. SAYING JURY LOOKED AT SOCIAL MEDIA. SHE SHOULD BE SUUED. #ElaineBredehoftisALiar

“I’m sad I lost this case. But I am sadder still that I seem to have lost a right I thought I had as an American – to speak freely and openly.”

Bredehoft says Heard plans to appeal the verdict in the trial, and she will have 30 days in which to request that appeal.