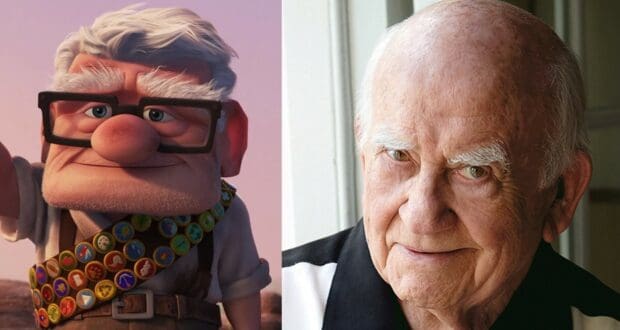 Ed Asner, Voice of Carl Fredricksen from Disney’s “Up”, Dies at Age 91

Sad news to share as we’ve learned the famous American actor, Ed Asner, has died at the age of 91. Asner was well known for his many years as a character actor in series television but then made it big as the tough-talking TV newsroom head Lou Grant on “The Mary Tyler Moore Show.” Throughout his acting career, Asner picked up a massive seven Emmy awards. Many of us Disney fans know Asner’s voice as the grumpy old man, Carl Fredricksen, in Disney/Pixar’s 2009 film, Up. Mr. Fredricksen may have been cranky, but by the end of the film you learn quickly he has a soft spot for Russel, Dug, and even Kevin.

As reported by Variety: “Seven-time Emmy-winning actor Ed Asner, who starred as Lou Grant on both sitcom “The Mary Tyler Moore Show” and hourlong drama “Lou Grant” before a late-career rejuvenation through his poignant voicework in 2009 animated film “Up,” has died. He was 91. His publicist confirmed the news to Variety, writing that he died on Sunday surrounded by family.

Asner’s official Twitter account posted a message from his family, saying “We are sorry to say that our beloved patriarch passed away this morning peacefully. Words cannot express the sadness we feel. With a kiss on your head- Goodnight dad. We love you.”

Variety goes on to share: “Asner had worked for many years as a character actor in series television and movies before hitting paydirt and stardom as the tough-talking TV newsroom head Lou Grant on “The Mary Tyler Moore Show,” which brought him three supporting actor Emmys. When the sitcom called it quits, he returned as the same character in a harder-hitting hourlong series, which earned him two leading actor Emmys and a total of five noms. The actor picked up two additional Emmys for his work on the miniseries “Rich Man, Poor Man” and “Roots,” and won a total of seven. More recently he appeared on “Grace & Frankie,” “Cobra Kai” and provided voices for “American Dad!”

Asner is survived by four children. Our thoughts and prayers go out to the Asner family as they go through this difficult time. His work in the television and film industry won’t be forgotten.