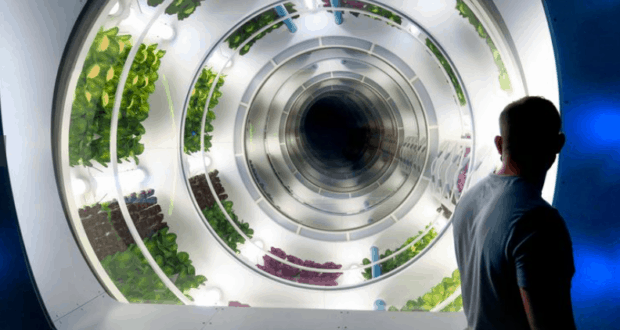 We love Easter eggs. No, not the ones Mr. Bunny brings in the spring (although those Cadbury eggs are really good). 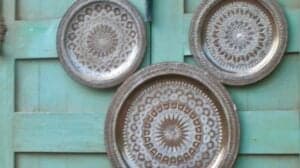 We’re talking about Disney and PIXAR Easter eggs–subtle nods to Disney characters that we find hidden in the different animated films and sometimes inside Disney Parks. Hidden Mickeys are one example of Disney Easter eggs. Another example is the toy on the floor of the little girl when Carl Fredricksen flies past her condo window with his house in the PIXAR film Up. 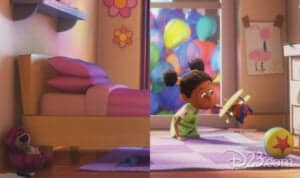 The toy is a Lotso-Huggin’ Bear from Toy Story 2, and there’s even a PIXAR ball in the room as well!

We were delighted to learn that there are even Disney Easter eggs hidden at EPCOT’s newest dining venue, Space 220, at the Mission: SPACE pavilion at Disney World, like an X-Wing Fighter from Star Wars. Thank you to Brooke Geiger McDonald, who spotted an astronaut out the window, flying his X-Wing toy.

There are even nods to Star Wars at Space 220. Two astronauts can be seen wielding lightsabers. Disney Parks first gave us this sneak peek of the astronauts during a TikTok video, narrated by Imagineer Zach Riddley. 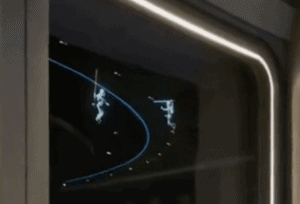 Here are the astronauts in motion outside the windows of the Space 220 Restaurant, again from reporter Brooke McDonald, who must have seen the lightsabers just after she spotted the X-Wing Fighter.

And a lightsaber battle… pic.twitter.com/xBhYIAbmEQ

Here’s another look at those dueling astronauts from a distance. 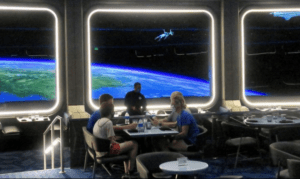 This week we shared more information about Space 220’s dining costs, which many Guests feel are too high to warrant a visit to the stars at Space 220. Others point out that the prices at the new venue are similar to those at other Disney dining locations.

But regardless of your feelings about the menu prices, the attention to little details inside the restaurant is another way Space 220 is definitely a Disney thing. Imagineers never miss the chance to add more “realness” to their attractions and experiences. When you enter the Space 220 restaurant, you’re even given a boarding pass so you can take a short journey on an elevator that takes Guests up into space, 220 miles above the earth. 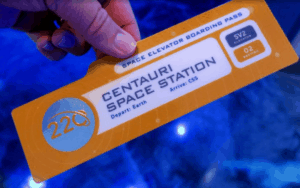 And before you head up into orbit, you can take in the amazing sights around you, like the “space lettuce” growing in the walls. (This reminds us a lot of the hydroponics portion of the Living With the Land attraction.) 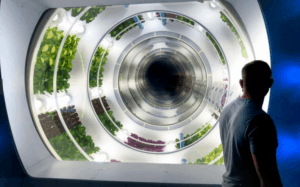 2021-09-24
+Becky Burkett
Previous: Planning Your Winter Vacation? Disney Park Hours Available Into Early December
Next: One Month Since Ticket Sales Began: No Sold Out Dates Yet for Disney Very Merriest After Hours