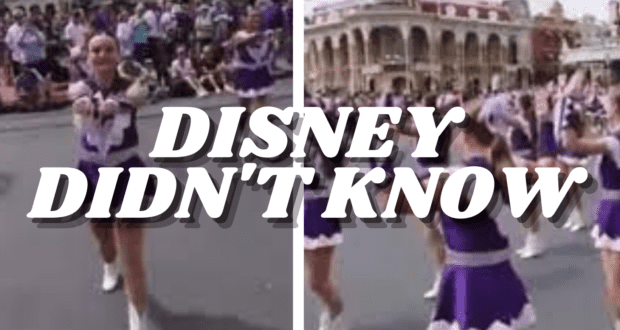 The internet is ablaze over a Texas high school drill team performance at Magic Kingdom earlier this week as people have taken to social media to condemn the school and to condemn Disney. But Disney says the performance was completely different from the school’s audition tape submitted to Disney for consideration.

Earlier this week, the 50-member, all-female drill team from Port Neches-Groves High School in Port Neches, Texas, performed during a daytime parade at Magic Kingdom along Main Street, U.S.A., and the performance was anything but magical. 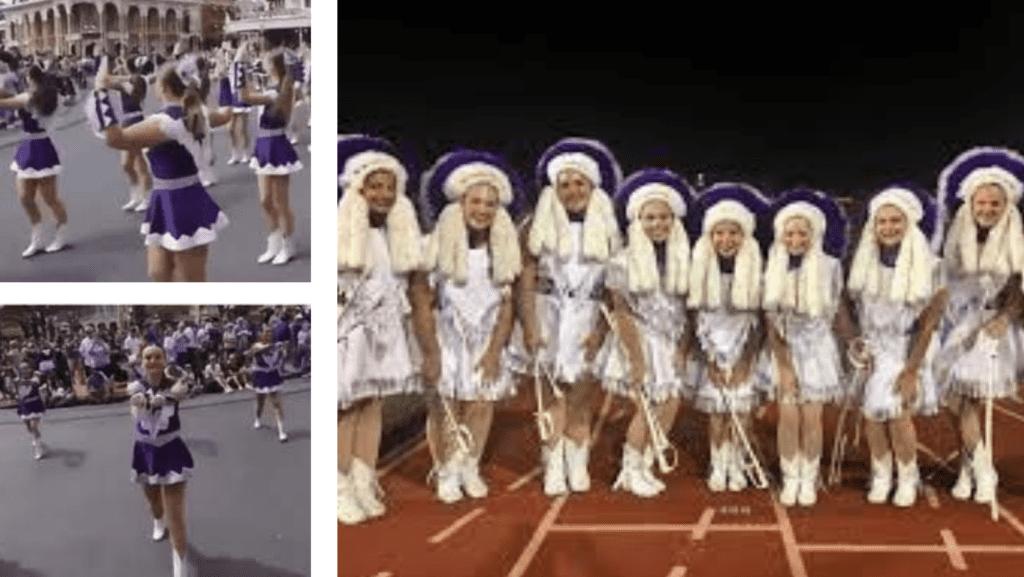 RELATED: Texas high school “Indianettes” say they are the ones who were disrespected during their performance at Magic Kingdom

Before the parade, members of the Texas High School drill team, who call themselves the “Indianettes,” arrived at the park in their costumes for the performance, which consisted of purple and white fringed outfits and full Native American headdresses, referred to in Native American culture as “war bonnets.” Near the gate at Magic Kingdom, Cast Members asked the performers to remove their headdresses, and the performers complied.

But part of the team’s performance included chanting, “Scalp ’em, Indians!” which is reportedly a part of the school’s fight song during events like football games. In a video taken of the performance at Main Street, U.S.A. that has now gone viral, performers can be seen dancing to Native American-inspired music and mimicking war cries. 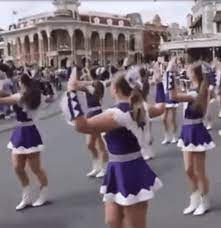 Drill team performers are seen tapping their hands over their mouths and “whooping” while a drum pounds in the background.

According to the Daily Mail, Tuesday’s performance at Magic Kingdom was the team’s 8th appearance at Disney Parks.

RELATED: Disney Princess falls flat on her face during performance at Cinderella Castle

Ms. Houska is the founder of “Not Your Mascots,” an organization that claims to be “dedicated to fighting against stereotypical native representation in sports.”

And any Natives who attend @pngisd should prolly just accept their classmates dehumanizing them cuz “tradition”, right?

Shame on @DisneyParks hosting this. Nostalgic racism is RACISM. pic.twitter.com/ELsJHRgJlw

“Disney knew that this team is calling itself the ‘Indianettes,'” Houska said. “[The team refers] to their football stadium as ‘The Reservation.’ They have ‘The Pow Wow’ news. The yearbook is called ‘The War Whoop.’ These guys have doubled down through the years on behavior that has been largely condemned as racist because it is.”

According to 12News, Julie Gauthier, Assistant Superintendent for the Port Neches-Groves School District, says that the school team has performed at Disney World several times, and there has never been an issue. According to Gauthier, at the last minute, Disney World representatives asked the girls to remove the war bonnets.

Disney’s spokesperson, Jacquee Wahler, issued a statement about the performance, saying it “did not reflect our core values.” She also said that Disney regrets that the performance took place and that new measures had become effective immediately so that “this is not repeated.” 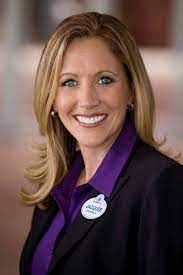 But according to Ms. Wahler, Disney was probably just as surprised as the general public.

“[The performance on Tuesday] was not consistent with the audition tape the school provided,” she explained.

But according to 12News, the audition video submitted to Disney for consideration only featured the band without the Indianettes drill team. Further, only the drum majors were wearing war bonnets, and no part of the performance included the school fight song with the chanting of “Scalp ’em!” 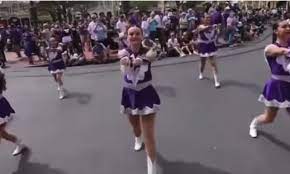 “The audition tape did not include the chanting behavior demonstrated at our theme park, which is what our statement was alluding to,” Disney Spokesperson Jacquee Wahler said.