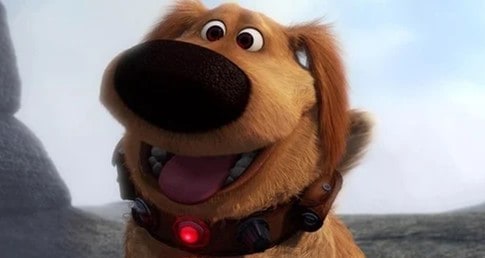 Dog lovers unite! Dug is starring in a new series of . . . Squirrel!

Dug the Dog from Disney/Pixar’s Up is starring in his very own series of shorts next month. 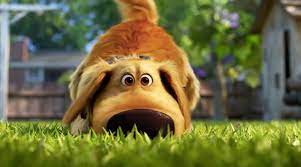 The ever-kind and loyal Dug has just met you and already loves you, and he does not like the cone of shame. So it’s no surprise that the adorable, fun-loving golden retriever who never uses contractions in his sentences (yes, he talks via a special translator collar) is getting his very own series called “Dug Days,” which is set to roll out on the Disney+ streaming platform September 1.

It’s not the first time Dug has had a role outside of Up. He was also in the Pixar short George & A.J., the short about the two healthcare workers who came to Carl Fredrickson’s house to take him away, and Dug’s Special Mission, the Pixar short, which takes place on Dug’s birthday. 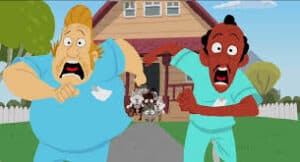 According to pixar.fandom.com, “Dug Days” will focus on the lives of Dug and his new owner, Carl Fredrickson, who unintentionally adopted Dug in Up. A digital poster for the new shorts series describes the stories of “Dug Days” as “his biggest series of adventures, all in his own backyard.”

Here’s the official trailer for the series:

In the trailer, Mr. Fredrickson calls out to Dug, who is digging up Carl’s azaleas in the backyard. Dug says he “digged.” Carl tells him the word isn’t “digged,” but “dug,” to which Dug responds, “yes?”

It’s just a snippet of the sweetness, silliness, misunderstandings, and loyalty that have always been part of Dug’s persona. And the coolest thing about Dug–we never have to wonder what he’s thinking, thanks to his thought-translating collar that speaks for him.

“a series of shorts that follows the humorous misadventures of Dug, the lovable dog from Disney and Pixar’s Up. Each short features everyday events that occur in and around Dug’s backyard all through the exciting (and slightly distorted) eyes of our favorite talking dog.”

“Dug Days” is written by Academy Award nominee and Emmy Award winner Bob Peterson, who also voices the translator for the adorable Dug. Stream it on Disney+ beginning next week on September 1.