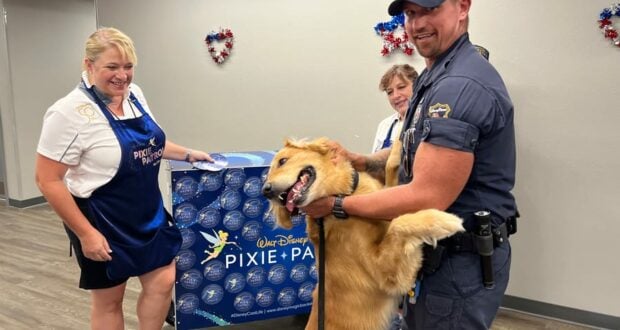 If you’re having a “ruff” day, here’s some news guaranteed to lift your spirits! Disney’s most adorable cast members are in the spotlight today! Disney security’s K-9 team (and their handlers) were surprised with some paw-sitively awesome treats! Recently Disney cast members have been surprised by a blue cart roaming the halls of “Cast only areas”. This blue cart is manned by a team of cast members known as the “Pixie Patrol”. The Pixies are basically a real life Disney movie- they’re a dedicated team devoted to spreading joy and magic to the hard working cast members all around the parks. Talk about a dream job- just roaming around, handing out gifts and making people happy! If this job doesn’t work out, they could probably have a good career working for Santa Claus!

This time, it was the K-9 units’ turn for some appreciation. These dogs and their handlers work a very difficult and often thankless job keeping guests safe. The dogs are trained to sniff out explosives, ammunition, and drugs which as recent events show us is absolutely vital. To show their appreciation, the Pixie Patrol showed up with goodies for the very best pups at Walt Disney World (sorry Pluto, you’re still a good boy)! Their handlers were given EARidescent beach towels, reusable silverware, tote bags, blankets and more while the doggos got tennis balls and a special snack! Disney Parks Blog says that the pups were extremely excited to receive their treat and from the look of the pictures they shared that’s an understatement! 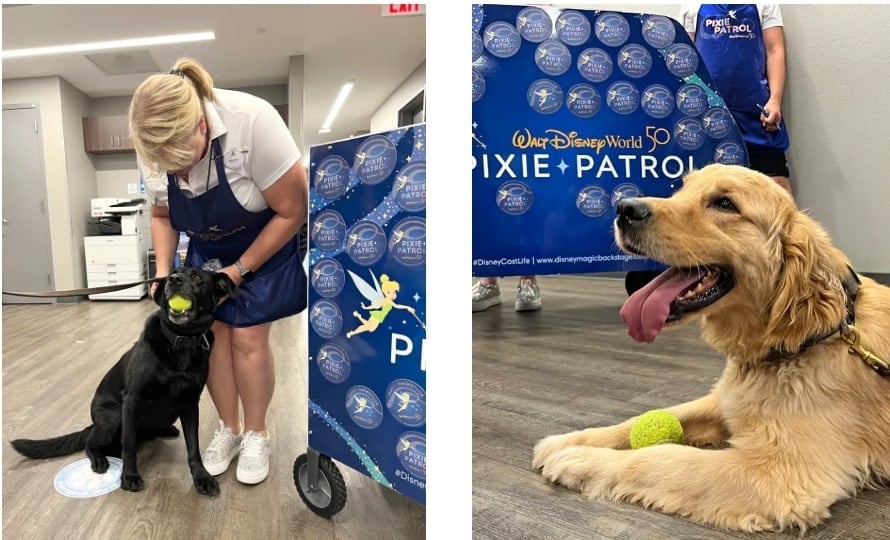 How cute are these pups with their balls? We just want to rub their bellies and play a long game of fetch! This just goes to show that it’s not all work and no play for the K-9 units. While guests can’t approach the dogs, especially when they’re working, they’ve got a great relationship with their handlers, getting pets and cuddles and treats!

Have you ever encountered a K-9 unit in the parks? Let us know in the comments.