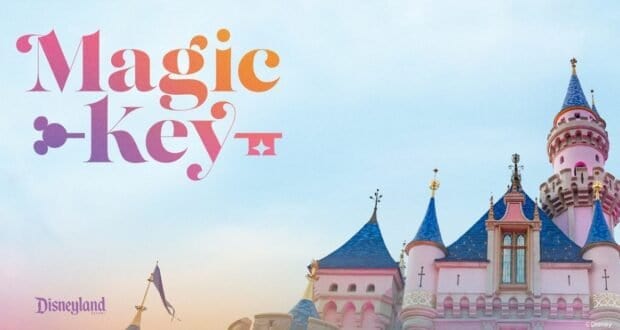 Another Magic Key Is SOLD OUT. Could Disneyland Follow Disney World and Pause AP Sales?

Back in January, Disneyland fans were dealt quite the blow when Disney announced that it would be ending it’s incredibly popular Annual Pass Program. Refunds were sent out to tens of thousands of Passholders as they patiently (or more likely impatiently) waited for Disney to announce the Annual Pass replacement. Eight months later, Disney announced a new Magic Key Pass Program and fans were delighted to once again call themselves Passholders — or now, Key Holders. 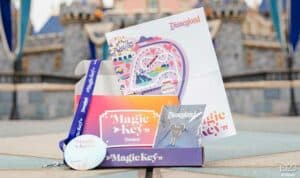 Unfortunately, the delight of having a new Magic Key was relatively short-lived. Thousands of Guests purchased Magic Keys when they went on sale on August 25, but soon found themselves struggling to make theme park reservations with their new Keys. Disney sets aside a certain number of reservation slots for those who have Magic Keys, and there were so many Key Holders that, if you didn’t make a reservation weeks in advance, you might not get one. 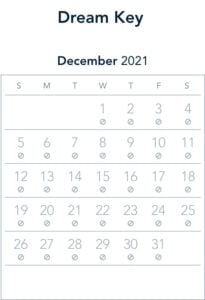 The inability to make reservations led many Key Holders to share their dissatisfaction with Disney, and it seems as though Disney heard them. In late October, Guests trying to purchase the Dream Key — Disneyland’s top-tier Magic Key — were told that the Key was sold out. All other Magic Keys — the Believe Key, the Enchant Key, and the Imagine Key — were still available for purchase. 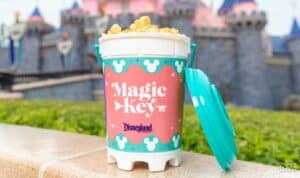 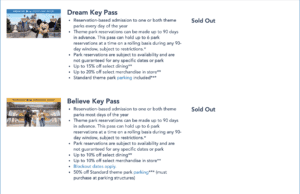 With the elimination of both the Dream Key and the Believe Key, it looks as though Disney is trying to give those who already purchased the Keys more weekend access. The Enchant Key offers Park access on only a handful of Sundays throughout the year, and the Imagine Key does not offer any weekend reservations. Both the Enchant and Imagine Keys are also blocked out for nearly the entire summer, when Disneyland tends to be the busiest. 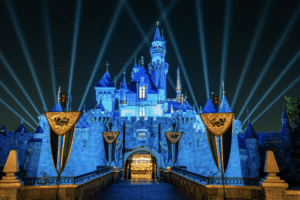 The decision by Disney to stop sales of its second-tier Magic Key comes on the heels of Walt Disney World pausing the sale of all but one of its Annual Passes. The only pass available for purchase at Walt Disney World is the Pixie Pass, the cheapest Pass with the most amount of blackout dates. Disney has not commented on why it decided to halt sales of Annual Passses at Disney World, but did say the following with regard to Disneyland’s Magic Keys: 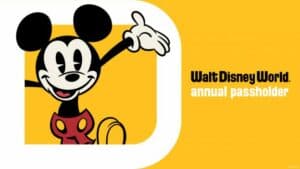 It is important to note that just because the Dream and Believe Keys are not currently for sale, that does not mean that they will not be offered at a later date. It is also possible that Disneyland will follow Disney World and stop selling all but one of its Magic Keys. Disney does not usually give advance notice when they decide to pause sales of certain passes.

2021-11-24
Krysten Swensen
Previous: Why Walt Disney World is the Perfect Place to Spend Thanksgiving
Next: ‘Everything’s bigger in Texas’: Mom, family of 29 get the Disney shock and surprise of a lifetime