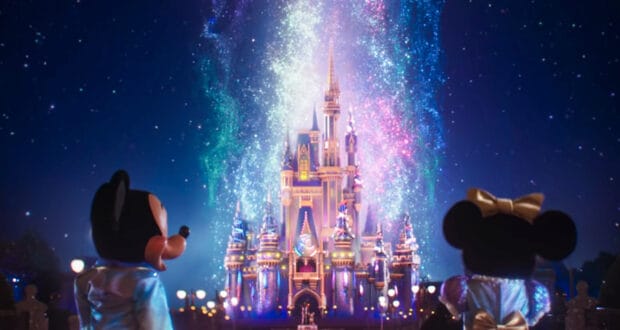 When Disney kicked off its 50th Anniversary celebration on October 1, there was tons of food and merchandise for Guests to buy and eat as a way to celebrate. The magical food offerings have gone over incredibly well, for the most part, with many Guests finding the enjoyable options limitless. When the initial foodie guide to the 50th Anniversary was released, Disney promised that more food would be coming out as the months went on — spanning the entire anniversary. 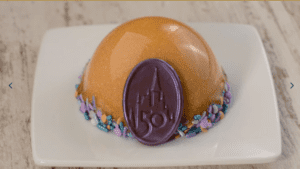 Disney has released limited-time offerings since October — like the Grumpy cranberry soft serve — and now, they are slowly revealing more treats that are coming our way in the following weeks! Disney revealed 3 new offerings on their Instagram, but it looks like a total of 9 will be coming to the Parks and has given Guests two voting options before they reveal the next winner. 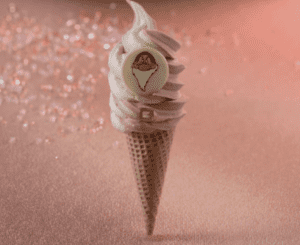 Here’s what Disney has revealed so far! 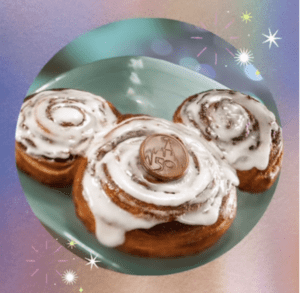 After Disney shared that the Mickey cinnamon roll would be coming to the Main Street Bakery, they asked Guests if they wanted something sweet or something savory. Guests voted and picked savory over sweet 55% to 45%, so Disney has announced that the Slue Foot Sue Fish Sandwich would also be released on January 10. The fish sandwich will only be available at the Golden Oak Outpost in Frontierland. The fish sandwich looks like a beautiful piece of fried fish topped with a cabbage slaw — filling and refreshing. 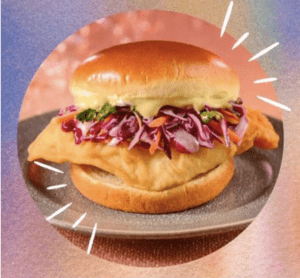 When Disney revealed the Slue Foot Sue Fish Sandwich, they asked Guests to choose from a feather or a picture of a cat, but they did not say what those images meant. People voted for the cat, and now we know that the cat represented Cheshire Café, where Disney will be serving Always Tea Time Slush beginning January 10. The slush is a gorgeous orange color with a light green — possibly matcha — mixed on top. The tea slushed is topped with whipped cream and a white chocolate 10/6 piece — representing everyone’s favorite mad hatter. 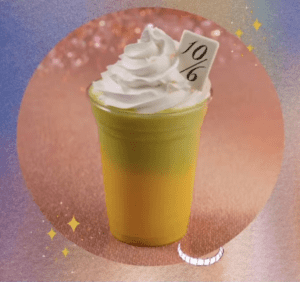 Next up, Disney is asking fans to vote between a picture of a slice of cake or an orange — which means that there could possibly be a new Dole Whip flavor coming to Sunshine Terrace, home of the famous Orange Bird. The alternative may be a new dessert offering coming to a place like the Main Street Confectionery. We will have to wait and see what the voters choose!

What is your favorite new reveal so far?