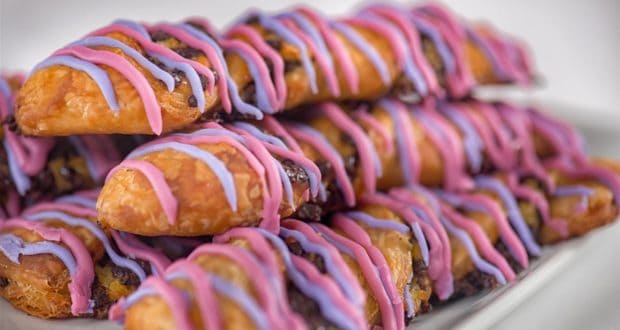 Get ready Disney foodies, as another favorite Magic Kingdom eatery is reopening soon! We’ve been super impressed with Walt Disney World’s progress in reopening many fan favorite experiences and locations recently. It seems like it’s one reopening right after another… and we’re loving it! There’s no doubt Disney is preparing for their grand 50th Anniversary – “The World’s Most Magical Celebration”. Even though the festivities technically don’t kick off until October 1, we’re benefiting now as Magic Kingdom once again has fireworks lighting up the sky and entertainment making a come back. And now, another Magic Kingdom eatery is reopening!

We’ve previously shared you can once again get those beloved hot dogs from Casey’s Corner, and treat yourself to a yummy ice cream from the Plaza Ice Cream Parlor. And while we’ve been able to enjoy the chance to eat the popular Cheshire Cat Tail temporarily at The Lunching Pad, we’re thrilled we will once again be able to drool over this treat at its home – with Cheshire Café reopening!

According to the Walt Disney World website, Cheshire Café now has hours listed beginning Monday, July 26. Beginning Monday the hours of operation are 9am to 7pm. On Tuesday, August 10, the hours shift to 9am to 6pm and remain that way until September 6. There is however one exception in August – on Saturday, August 14, Cheshire Café closes at 3pm. We recommend keeping an eye on the My Disney Experience app to check operating hours, as you can see they tend to fluctuate.

Anyone else excited to see this quaint eatery reopen once again? We’ll be eager to arrive on Monday to take a bite out of a Cheshire Cat Tail while enjoying the cute outdoor seating at Cheshire Café!