After enduring a medical emergency at the Walt Disney World Resort, a Guest and his wife incurred charges from the Resort, and Guest Relations has yet to respond to the couple’s requests for assistance in obtaining a refund. 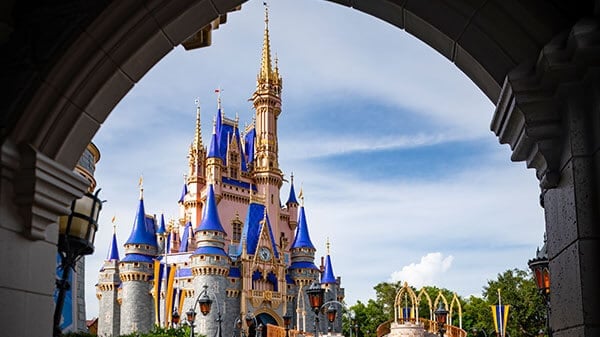 In early November, a man and his wife were visiting Magic Kingdom Park at Disney World. According to the man, his wife suddenly experienced a medical issue that required the couple to seek medical attention inside the park. Ultimately, circumstances surrounding that medical emergency required the man’s wife to be “shuttled” to a different location on Disney property where she could receive urgent care in response to a medical “emergency.”

The emergency rendered the couple unable to follow through with a dining reservation at Magic Kingdom’s Be Our Guest Restaurant that day. They were fully aware of the park’s cancellation policy, but the man says they weren’t worried because they truly felt that if they were charged a late cancellation fee, they’d surely have no trouble getting a refund, especially after sharing the story of their emergency that day with Guest Relations.

They couldn’t have been more wrong.

The man shared his story online via Reddit on November 18.

Recently me and my wife were at Magic Kingdom and unfortunately, my wife had a medical issue that forced us to use Disney’s urgent care service and had to be shuttled over to the urgent care [the resort] uses for emergencies.

That emergency made us miss out on a “Be Our Guest” dinner reservation. I know Disney charges for missing a reservation, but I wasn’t too worried about the charge as this was an emergency, and I figured if I asked to have the money refunded, it wouldn’t be a problem. We had made all our reservations that week up to that point, so we definitely don’t have a habit of missing on purpose.

But despite the couple’s track record of keeping their Disney World Dining reservations, the man says Disney has yet to even respond to his inquiries for help in getting a refund for the cancellations fees. At the time of this post, the man has made attempts for more than two weeks, opening one service request ticket with Guest Relations and then another.

He reached out to Guest Relations as soon as the couple was charged a cancellation fee–and then again 7 days later.

“We have not heard back from anyone,” the man posted. “I also tried calling a number of times, and when I have been transferred, the call disconnects.”

At this point, the man and his wife are at a loss about what to do next.

“I don’t know what else to do at this point, and it’s been very frustrating as this seems like such an easy thing to fix,” he continued.

“When you make the reservation,” the Redditor offered, “you agree to pay a fee for a no-show. Credit card disputes are for when you’ve been defrauded . . . they haven’t defrauded you.”

It remains to be seen whether a Disney World representative will respond to the Guest’s requests for help with obtaining a refund–and whether the Resort will issue a refund, even if someone does respond to the man and his wife.