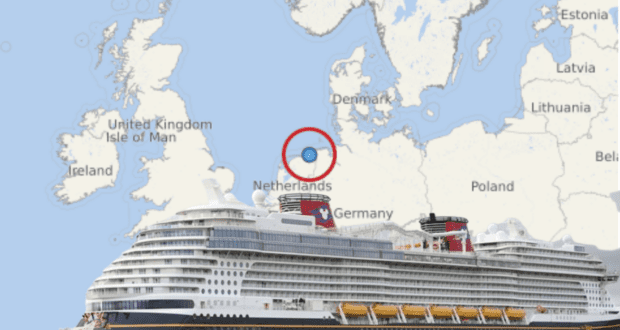 Disney Cruise Line’s newest ship is finally sailing–with the help of two tugboats that are working hard to guide her all the way to the open sea. 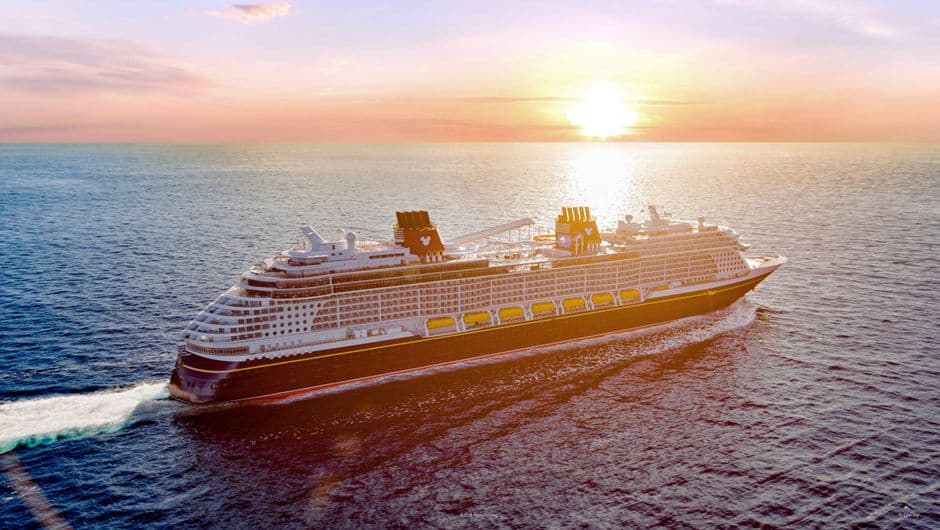 The last time a Disney Cruise Line ship made the 20-mile trip down the Ems River toward the North Sea, it was 2012. Yesterday, the Ems River saw Mickey ears once again as the Disney Wish left her birthplace at the Meyer Werft shipyard in Papenburg, Germany, to begin her slow and tedious journey toward the open sea for the first time. 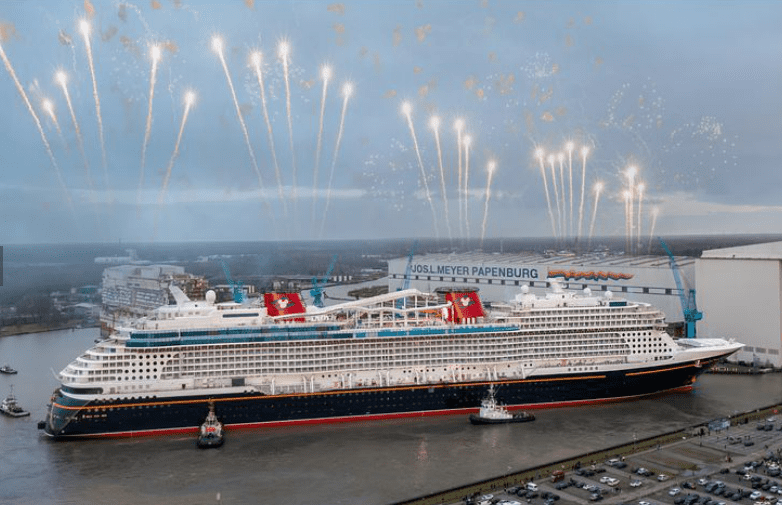 The Meyer Werft shipyard is located considerably inland. Its location was chosen in 1795 because it offered ships a safe haven from the notoriously angry and stormy North Sea, just 20 miles downriver. The Ems River connects the shipyard to the North Sea, where the Disney Wish will endure her sea trials. Her journey down the river has taken place with the help of two tugboats as the trio moves at a speed of only 2 to 3 knots, and there are 750 people on board the ship.

In some spots along the river, the Disney Wish only had centimeters of clearance.

The journey down the Ems River to the North Sea is called the ship’s conveyance. But before she begins her technical and nautical sea trials, the Disney Wish will get her final outfitting.

“A sea trial is one of the final steps in the process of constructing and deploying a new cruise ship. These trials, conducted by the ship’s new captain, are designed to test the major systems of the vessel, often pushing the ship to its maximum limits of speed and steering.

There may be one or two sea trials scheduled, each lasting between one and four days, depending on how much new technology has been included in the ship’s design. The first in a new class of ships is likely to undergo longer and more rigorous sea trials than subsequent ships in the class.” 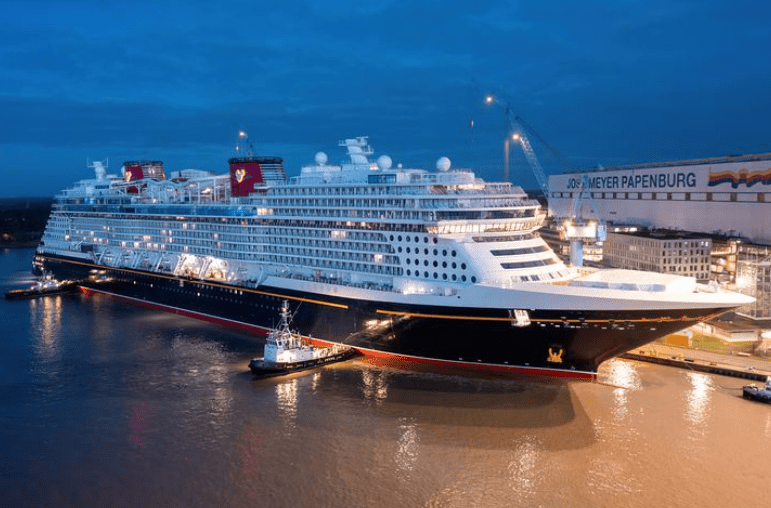 The Disney Wish will remain docked in Eemshaven, Netherlands, for her final outfitting, after which she will begin her sea trials. Once she is deemed sea-worthy, Disney Cruise Line will take delivery of the vessel. The Disney Wish is slated to arrive in Port Canaveral in June, but it won’t have its magical maiden voyage until July 14.

RELATED: Set Sail for $44,000! The Disney Wish cruise ship by the numbers

The Disney Wish will take on sailings currently held by the Disney Dream, including three- and four-night voyages to the Bahamas with stops at Disney’s private island, Castaway Cay. The Disney Dream will move to Miami on June 7, 2022, and the Disney Fantasy remains at Port Canaveral for seven-night sailings.