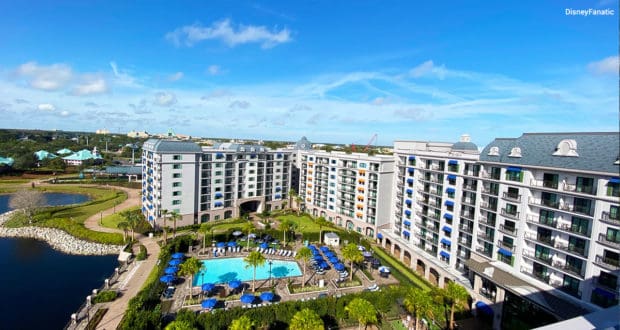 Disney Resort Guests: Are the Perks Still Worth It?

Before the COVID-19 pandemic there were plenty of benefits if you stayed at a Walt Disney World resort hotel. These benefits were enough to make some people claim that they would never stay anywhere else. Since Walt Disney World reopened, some of those benefits have changed, been suspended, or been discontinued. Is it still worth it to stay on property? Does the good outweigh the bad?

We’ll start with the one that everyone is talking about. Disney has announced that Disney’s Magical Express is going to be discontinued. This has been a great perk, you didn’t have to find a way to get to your resort from the airport, or back again at the end of your vacation. That said, Disney’s Magical Express was originally a temporary service that was rolled out only for The Happiest Celebration on Earth. It was always unwritten that it could be discontinued at any time. It ran a lot longer than many people thought that it would.

The thing that you need to remember about Disney’s Magical Express is that it is not run by Disney. The buses are provided by Mears Transportation. Those are Mears employees, not Disney Cast Members. So Disney has been paying an outside company, when tens of thousands of their own people still have not been called back. Honestly, we’re surprised that Disney’s Magical Express was offered at all when the parks reopened. We think that it’s probably because Disney already had committed to offer the service to those who had reservations. By continuing the service through the end of 2021, no one with current reservations will have to find their own transportation to and from the airport.

Remember as well that 2022 is a long way off. Mears has already stated that they will offer services from Orlando International Airport to Walt Disney World once Disney’s Magical Express ends. It probably won’t look the same and it won’t be complimentary, but it will be affordable.

It used to be that Disney Resort guests could have an extra hour at a select park each day. Extra Magic Hours were discontinued when the parks reopened in July, and they are not coming back. Instead, guests staying on property will soon be able to take advantage of Early Theme Park Entry. We don’t know if that will be the official name once the program rolls out, but we do like what it has to offer. Instead of a full hour resort guests will only get an extra half hour, but it will be offered at all four theme parks! The problem with Extra Magic Hours was that they would often draw a crowd at the beginning of the day, and that park would be busier than the rest of them all day long. With Early Theme Park Entry the guests will be scattered through all four parks. We’re willing to remain optimistic with this new perk.

Complimentary MagicBands are no longer a perk of staying at a Walt Disney World resort hotel. That said, it was only the plain ones that were free. Once Disney started to offer discounted MagicBands with designs to resort guests for a reduced price, the free ones were almost obsolete. You can still pick a MagicBand for your resort stay, and it will be much cheaper than the ones that you can buy in the gift shops or at ShopDisney. If you would like a solid colored MagicBand, you can order that for only $5. The MagicBands with designs are sold for an affordable price, that hasn’t changed. Old MagicBands will still work, you don’t need a new one for your stay. You can also use the My Disney Experience App for many services, and you can request a Key to the World Card. Free MagicBands were nice, but we have to admit that we always order one with a design if we’re staying on property.

4. No Free Parking at the Resorts

This one is nothing new. If you have a car at Walt Disney World, you will pay a parking fee at the resorts, unless it’s a Disney Vacation Club stay. This is something that most of the nicer resorts in the Orlando area charge for, it was unusual when there was no parking fee at Walt Disney World. You might need to pay for overnight parking, but you won’t have to pay to park at the theme parks. That’s a nice perk of staying on property that can save you money.

This is a major perk of staying on property. If you check the Availability Calendar, you’ll notice that Disney Resort Guests usually have more open spots than Annual Passholders. In the early days of the Disney Park Pass Reservation System, there were plenty of local passholders who booked a night because it was the only way they could get a reservation! Things have evened out some since, but the easiest way to get a day that you really want is to stay on property.

While Disney’s Magical Express may be ending, that doesn’t mean that Disney is doing away with all transportation. You do not need a car if you are staying on property. Between the Monorail, The Disney Skyliner, Friendships and ferries, and buses, you will be able to get where you need to go. You can even walk from some of the resorts! Some of the transportation may take a little longer these days because of social distancing, but that is just because Disney is trying to keep everyone safe. If you stay off property and don’t have a car, you’re at the mercy of the hotel’s bus service or your favorite rideshare company. At Walt Disney World, if you can’t get on one bus, the next one will be along in just a few minutes.

Disney is known for its exceptional customer service. You are sure to have many Cast Members greet you each day. If there is a problem, someone will try to fix it for you. Cast Members are under a lot of extra stress these days, so please let them know that you appreciate all of their hard work.

No matter which Walt Disney World resort hotel you stay at, you can’t beat the atmosphere. There is something special about being surrounded by all things Disney during your vacation. Whether you stay at a Value Resort with larger than life objects, choose Moderate for a little extra room, or decide to splurge and go for Deluxe, there is something special about staying at a Walt Disney World resort hotel. Sure, there are plenty of incredible hotels in the Orlando area, but they aren’t part of the Disney Bubble. It’s fun to walk to the lobby and browse in the store, or head outside and take a walk and see Cinderella Castle in the distance. You can find a nice hotel with a great pool anywhere you travel. At a Walt Disney World resort hotel, you can spend the morning in the pool but then head to Italy for dinner. The Disney Bubble allows you to truly escape the outside world for a few days, and isn’t that what a vacation should be all about?