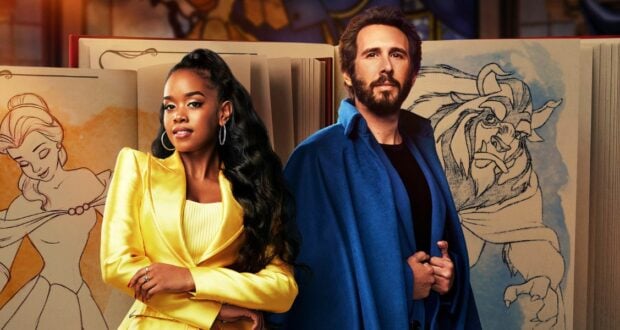 We are just about one month away from Disney’s celebration of 30 years of the Academy Award-winning animated film Beauty and the Beast. Yes, it’s been 30 years since Disney shared the story of a tale as old as time. Beauty and the Beast is one of Disney’s most successful films of all time and, in celebration of the 30th anniversary, Disney will be airing a combination live-action/animated special that will air on ABC on December 15. The Beauty and the Beast 2-hour special will star musical sensation H.E.R. as Belle and superstar Josh Groban as the Beast. The special will feature new musical performances, sets, and costumes. And now, Disney is giving us a first look at H.E.R. in Belle’s signature yellow and Josh Groban in a royal blue cape — bringing viewers back to the iconic ballroom scene. 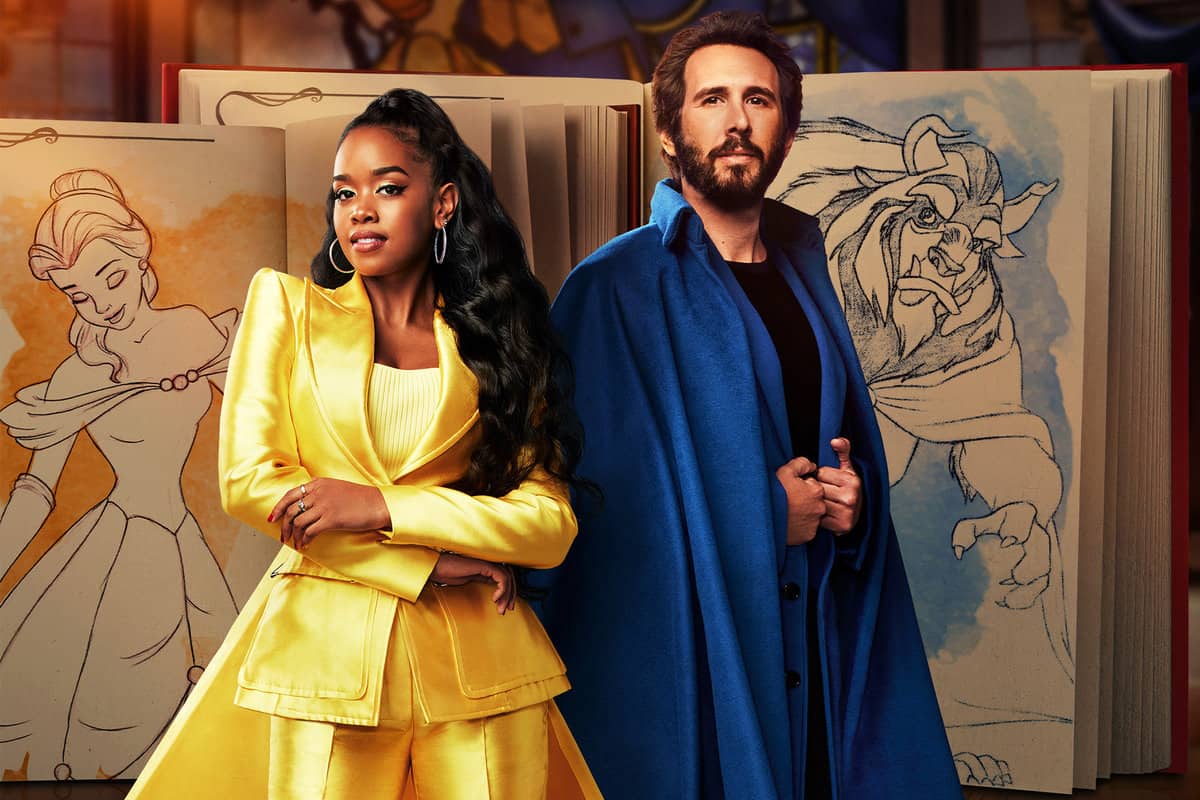 The Beauty and the Beast special will be directed by Jon M. Chu, who released a statement when it was announced:

“Beauty and the Beast was always a game-changing cinematic experience for me. When the animated movie came out, I watched it multiple times in the first weekend. It showed me the outer limits of what animated artists and storytellers could achieve, so the fact that I get to executive produce a tribute to all the creatives that made this masterpiece through our Electric Somewhere company is a dream I didn’t even think was possible. With world-class creatives and talent to reinterpret the classic musical numbers (with a few surprises), I can’t wait for the audiences, in person and at home, to experience what we have in store for them. It’s a true celebration of creativity.” If you wish to get into the Beauty and the Beast spirit, both the original animated film and the 2017 live-action remake — starring Emma Watson and Dan Stevens — are both available to stream on Disney+.

Again, the special will air on ABC on December 15 and will be available to stream on Disney+ the following day.

2022-11-11
Krysten Swensen
Previous: Hilary Duff Slams Planned Release of Unfinished Aaron Carter Memoir
Next: As Formula 1 Heats Up in the United States, Disney is Primed to Cash In on its Rise in Popularity