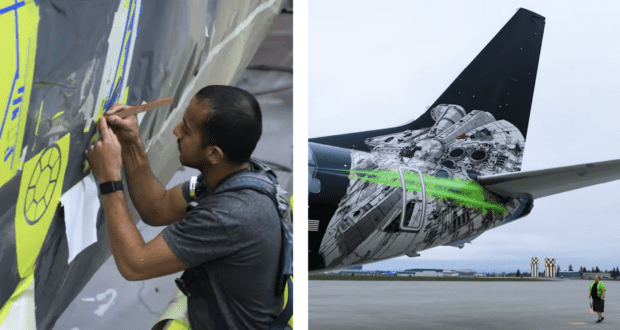 Each year, May the 4th is a day on which Star Wars fans from all walks of life, of all ages, who enjoy aspects of the galaxy far, far away celebrate the fact that George Lucas exists and that his brilliant mind conceived the Star Wars canon of stories.

The date has little significance, other than it sounds similar to saying, “May the Force” (as in, “be with you). But while the Star Wars film franchise has been around since 1977, Star Wars Day has only been observed since 2011, according to NationalToday.com.

The first-ever observance took place in Toronto and included an Original Trilogy Trivia Game Show, a costume contest, and other celebratory activities, such as a showing of fan-made tribute films. This year, Disneyland’s Star Wars: Galaxy’s Edge and Seattle-based Alaska Airlines got into the celebratory mood together for Star Wars Day, unveiling a newly-designed exterior on one of the airline‘s Boeing 737 jets inspired by Star Wars.

The new plane would look amazing on a runway at the Walter Elias Disney International Airport. 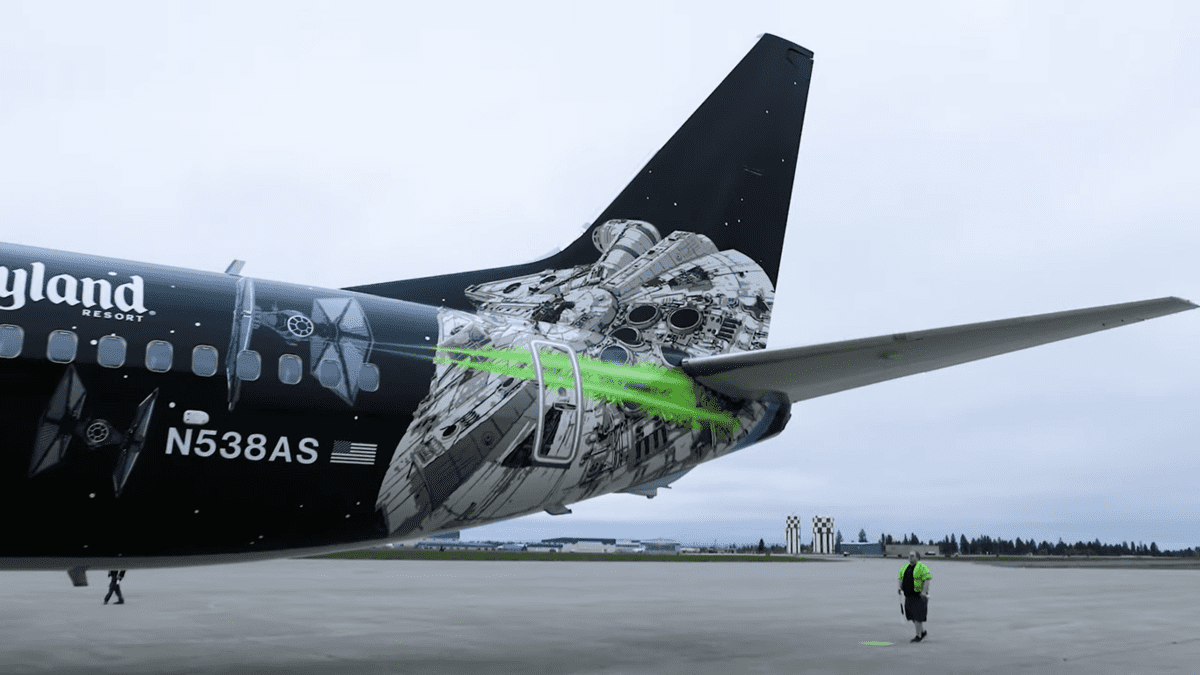 The special edition Star Wars aircraft features several out-of-this-world details across its new massive design. The exterior of the Boeing 737 depicts many fan favorites from the Star Wars saga.

On the tail of the aircraft, the Millennium Falcon battles TIE fighters. Adorable little porgs adorn each winglet’s side, and the entire plane is wrapped with a background of “space black.”

You can see all the details of Alaska Airlines‘ Star Wars-inspired aircraft here:

The aircraft‘s inaugural flight was Wednesday, May the 4th, naturally, and it departed Seattle-Tacoma International Airport to John Wayne Airport in Santa Ana, California. 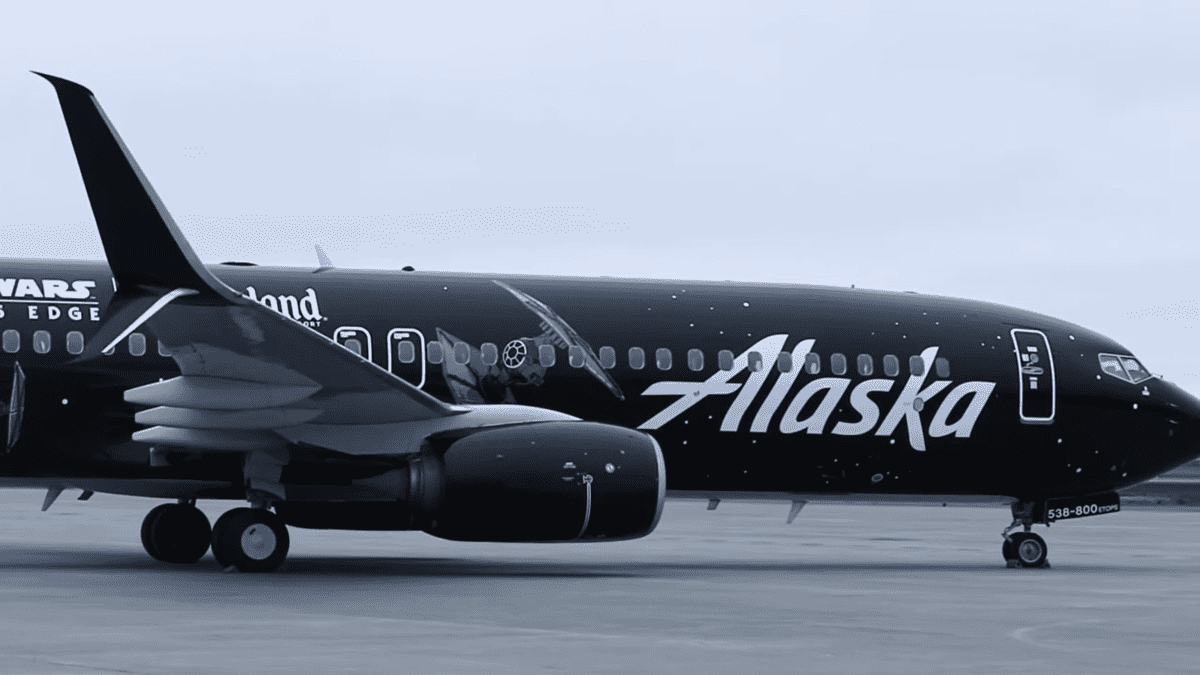 The “Star Wars Transport” Boeing 737 is the 7th plane livery in collaboration with Disneyland Resort. Painting the giant commercial airliner took 540 work hours over 27 days and required more than 225 gallons of paint.