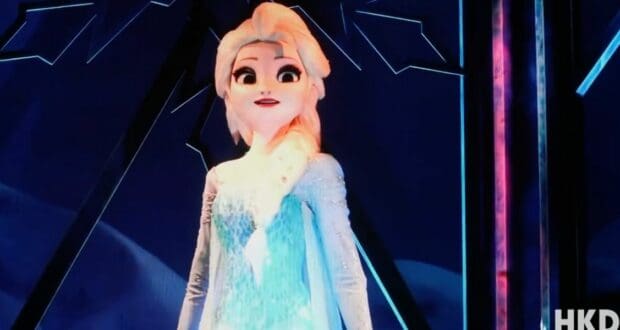 Later this year, Guests visiting the Hong Kong Disneyland Resort will be able to visit an entirely new themed land — Arendelle: World of Frozen. The new land will allow Guests to step into Anna and Elsa’s kingdom, and even take a trip with Sven and Kristoff on Wandering Oaken’s Sliding Sleighs — a brand-new roller coaster. Disney will also be recreating a ride that has been one of the most popular at EPCOT for years — Frozen Ever After — featuring Anna, Elsa, Olaf, and other Frozen favorites. 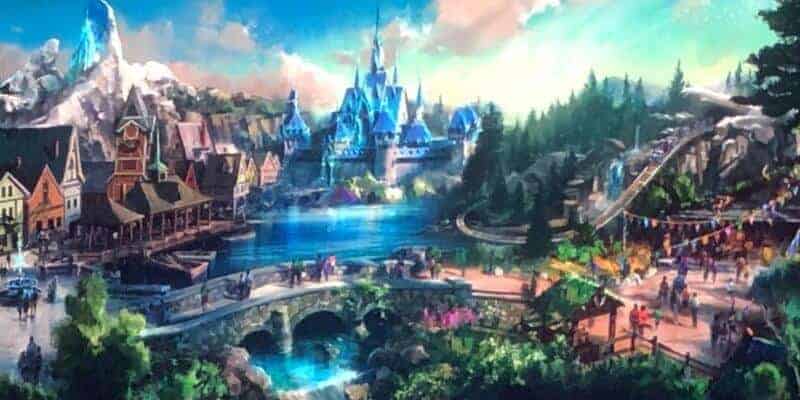 Frozen Ever After opened in EPCOT at Walt Disney World Resort in the summer of 2016, replacing the Norway attraction, the Maelstrom. When the attraction opened, Guests were incredibly impressed with the new animatronics. However, the ones coming to Hong Kong Disney later this year blow nearly every other animatronic out of the water. Twitter account HKDL Fantasy shared a first look at the new Elsa animatronic that will be used on the ride and all I can say is, WOW.

Take a look at the impressive feat of Disney Imagineering.

If you haven’t had a chance to ride Frozen Ever After, here’s some more information on the type of attraction Hong Kong Disney will be getting.

Let it Go, All Over Again

Find a seat aboard your boat and let the lapping waters take you through a frozen willow forest.

Soon, you’ll be rubbing shoulders with some “boulders”—a.k.a. Kristoff’s family from Troll Valley—before bracing for the cold.

High up in the icy blue world of the North Mountain, Elsa’s enchanting ice palace awaits. Behold the wonder… and keep an eye out for Anna, Olaf and a few more Frozen friends.

This enchanting “Summer Snow Day” celebration—complete with many of your favorite Frozen tunes—is sure to melt even the coldest hearts! 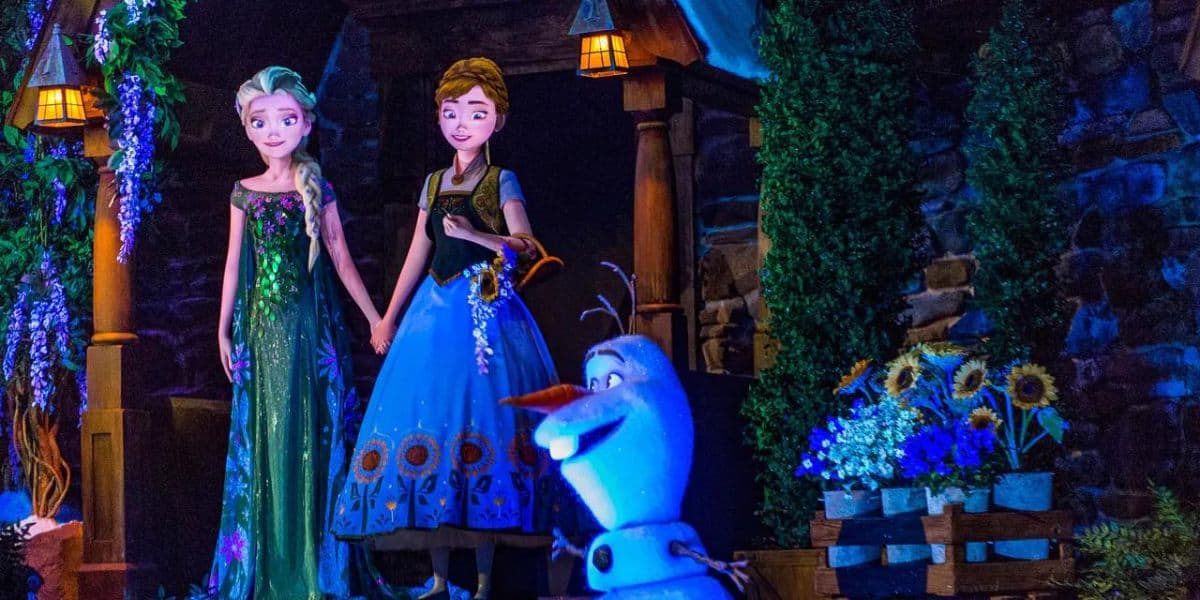 The Hong Kong Disneyland Resort has struggled to remain open consistently since the COVID-19 pandemic raged across the globe. The Resort has been forced to close several times as the government tested all of its citizens for COVID and didn’t allow any travelers from outside the country to enter through its gates. The Disney Park still requires all Guests to wear masks, except when eating or drinking outdoors.

Disney Dining will let readers know when an official opening date for Arendelle: The World of Frozen is announced.

2023-01-13
Krysten Swensen
Previous: How to Visit Disney AFTER the Park Closes
Next: The Disney Resort Pools You Need to Visit!