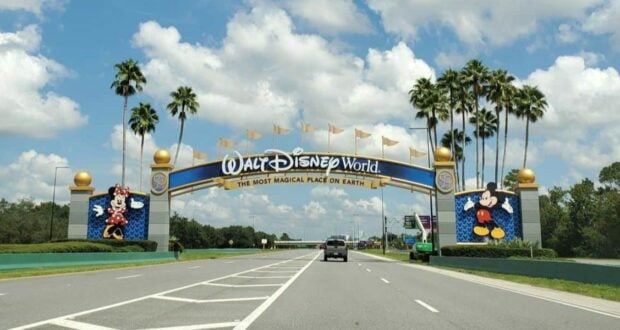 Credit: Inside The Magic

Visiting Walt Disney World Resort this weekend? Take note as Disney has scheduled an entire weekend closure for one of its beloved theme parks.

As Disney fans, we’re used to closures and refurbishments for attractions and other experiences, but a Park closure for an entire weekend can throw a wrench in the Disney vacation plans. While Magic Kingdom Park, EPCOT, Disney’s Hollywood Studios, Disney’s Animal Kingdom Park, and Disney Springs will be open and welcoming Guests, as usual, this coming weekend, Guests will be turned away from the Disney Water Parks.

With Disney’s Typhoon Lagoon Water Park currently closed for refurbishment, Disney fans have had the option to explore Blizzard Beach Water Park. But now, Disney has revealed there will be no Water Parks open this weekend, between Friday, January 13, and Sunday, January 15, 2023.

Why the three-day closure of Disney’s Blizzard Beach over the Martin Luther King Jr. holiday weekend? Disney’s Central Florida is preparing for low temperatures along with the possibility of strong storms throughout the weekend.

RELATED: Which Disney Water Park Should You Visit: Blizzard Beach or Typhoon Lagoon?

While these temperatures may sound warm to our northern Disney friends, for Florida, it will be cold COLD… especially when it comes to splashing around in many of the fan-favorite Blizzard Beach attractions such as Summit Plummet water slide, Tike’s Peak, Cross Country Creek, Downhill Double Dipper, Teamboat Springs, Slush Gusher, Runoff Rapids, and Toboggan Racer.

Thankfully, Blizzard Beach is scheduled to resume operations on January 16, 2023, with Park hours from 10:00 am to 5:00 pm for the popular vacation holiday of Martin Luther King Jr.

As always, we will be sure to keep Disney Dining readers updated as we learn more about Blizzard Beach’s temporary closing. We also hope to have an update soon enough from Disney on its Typhoon Lagoon Water Park refurbishment, as the theme park has been closed indefinitely since November 13, 2022.

2023-01-12
Jamie Sylvester
Previous: Debate Unfolds as Video Captures Fight Over Guest Attempting to Reunite With Family
Next: The Upstairs Dining Locations at Disney No One Talks About