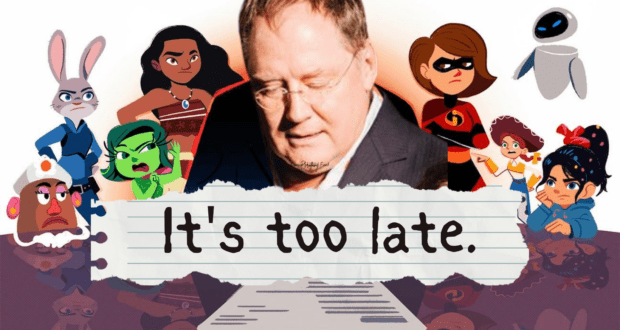 Disgraced & Dismissed from Disney: Banished Animator tries his “Luck” with a new venture, but the damage may already be done

A disgraced former Disney animator and C-level exec is attempting to make a fresh start with a brand-new film that hits the Apple+ streaming platform on Friday. But in all the hoopla surrounding the new animated film’s upcoming debut, the truth about the animator’s behaviors that landed him outside the Disney circle of trust in the first place seems to be radically and intentionally overlooked.

Born in Hollywood in 1957, John Lasseter first began his career in animation in 1978 at the age of 21. Lasseter had loved animation since he was a boy, and after high school, he attended CalArts (California Institute for the Arts) with other now-well-known animators and directors, including PIXAR’s Brad Bird and director Tim Burton. In 1979, Lasseter was hired by Walt Disney Animation. Soon after, he was taken on by Lucasfilm, and from a branch of Lucasfilm, PIXAR was born.

Credit: All About Steve Jobs

Lasseter convinced owner (and Apple founder) Steve Jobs that a bright future was ahead in the world of computer animation by animating his desk lamp. Little did he know then that the lamp, affectionately named Luxo (and Luxo Jr.), would one day become the symbol for PIXAR Animation Studios.

Lasseter’s earliest contributions to PIXAR included computer-animated shorts like Tin Toy, Luxo, Jr., Red’s Dream, and others. Then, in 1995, PIXAR released its first feature-length computer-animated film, Toy Story. As PIXAR’s popularity grew, John Lasseter’s name became synonymous with the creative PIXAR powerhouse, which was known for its outside-the-box approach to animation and storytelling.

As part of the 2006 agreement between Disney and PIXAR, by which Disney purchased the company for $7.4 billion in an all-stock deal, John Lasseter became Chief Creative Officer of PIXAR. For years, Lasseter was credited with pioneering and engineering the success behind PIXAR. It was uncommon to hear talk about the PIXAR Studios without hearing the name “Lasseter” in the same instance.

Lasseter remained in his role, playing a part in the creation of scores of PIXAR animated features until 2018 when a tragedy of his own making befell him. 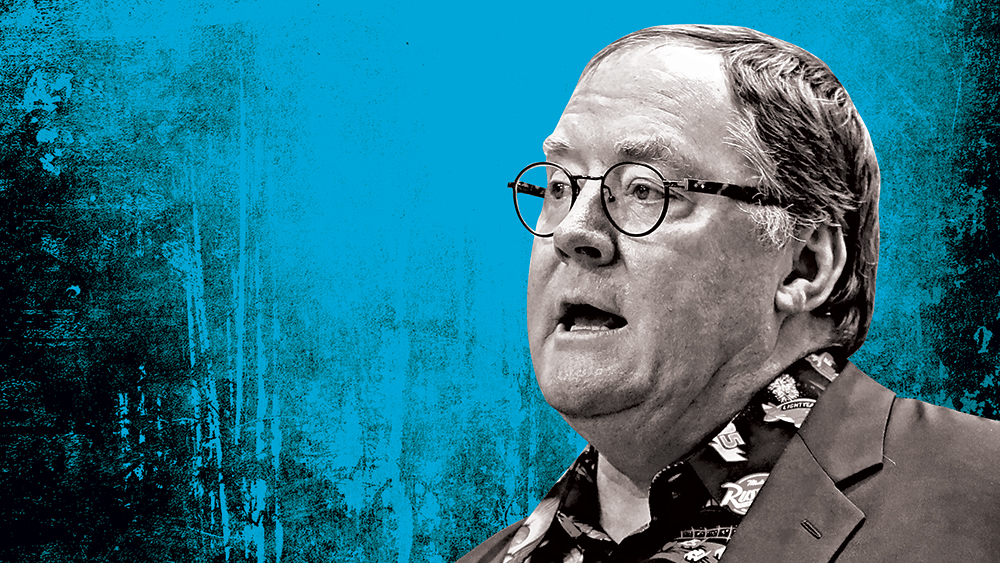 In 2017, allegations of workplace sexual misconduct surfaced with Lasseter at the center. The disgraced animator referred to that misconduct as “missteps” and took a six-month sabbatical in mid-2018, during which then-Disney CEO Bob Iger moved PIXAR’s Pete Docter into Lasseter’s vacated role.

But despite his past conduct, Lasseter was scooped up only days after his formal exit from PIXAR by a brand-new animation house called Skydance Media. On January 9, 2019, Skydance announced that Lasseter was joining their team. He was hired by Chief Executive David Ellison, who says he was aware of Lasseter’s past, though he touted his contributions to the animation industry above all else. 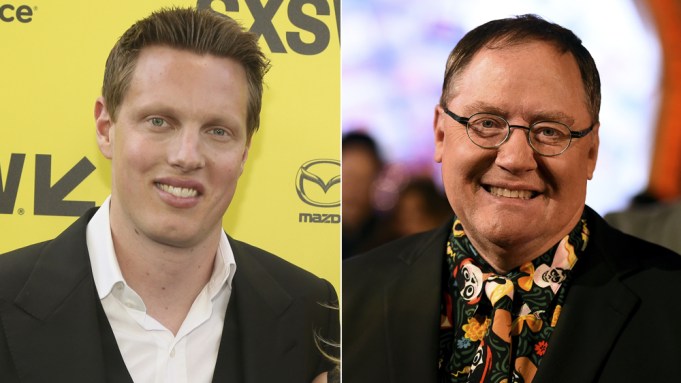 “John is a singular creative and executive talent whose impact on the animation industry cannot be overstated,” Ellison said, noting Lasseter’s prowess as an innovator and talented storyteller. Ellison went on to say that Skydance “did not enter into [its] decision [to hire Lasseter] lightly.

“John has acknowledged and apologized for his mistakes and, during the past year away from the workplace, has endeavored to address and reform them,” Ellison continued in defense of Skydance’s Lasseter pick.

On Friday, Skydance’s first feature-length animated film is slated to debut on Apple+. According to Collider:

“Luck” follows Sam Greenfield (voiced by Eva Noblezada), a foster child who has gone from place to place throughout her childhood and now, at the age of 18, has aged out of the system. Sam considers herself to be the unluckiest person in the world, and Luck makes it clear that nothing goes right for her, from not being able to make breakfast without incident to not being able to find a forever family. Sam’s best friend, Eva (Adelynn Spoon), still has a chance and asks Sam to find a lucky penny to add to her collection of good luck charms before meeting with a potential family.

Sam finds a lucky penny, which immediately turns her luck around, but then accidentally drops it in the toilet, flushing away her rare good fortune and Eva’s hopes of finding her forever family. In trying to track down this penny, Sam follows Bob, a lucky black cat that talks with a Scottish accent (Simon Pegg) to the Land of Luck, the source of all good luck and bad luck, and filled with magical creatures, lucky pennies, four-leaf clovers, and basically anything else that has even the slightest tinge of luck historically attached to it. With the help of Bob, Sam goes on a search for a lucky penny to bring back to Eva before she loses her chance with this possible new family.”

Actress Emma Thompson was originally cast in the new film, but upon hearing that John Lasseter would be involved, she bowed out, not wanting to have any part in the project. Reviews are in for Skydance’s Luck, and many of those reviews say the film points to the fact that John Lasseter’s own luck may have finally run out. Although Lasseter worked on five of the eight PIXAR films that grossed over $1 billion, critics aren’t so sure that Lasseter will be able to pull off the same thing at Skydance.

Only time will tell whether Skydance’s decision to bring on John Lasseter was a risky one or one that will bring the studios some really good . . . well, luck.

2022-08-03
+Becky Burkett
Previous: The Best Gnocchi Dishes in Walt Disney World
Next: Woody Goes Above and Beyond to Help Young Guest Meet Her Favorite Cowgirl