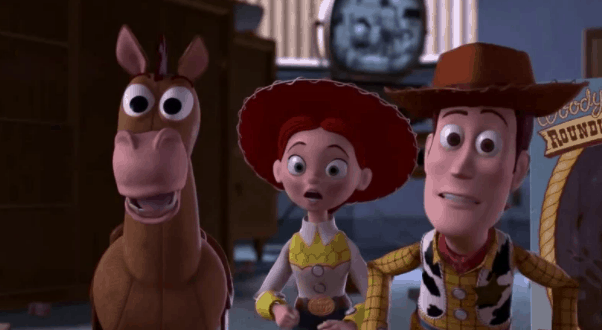 This is an abomination!

We’re about to separate those who like Toy Story fans from true diehard “Toy Story is life” fans. Yours truly happens to be one of the latter. 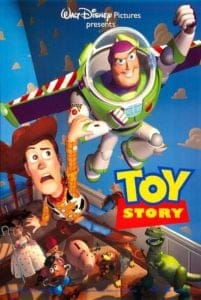 A TikTok video of a Woody doll at Disneyland that was posted on July 18 has gained over 8 million views so far. EIGHT. MILLION. VIEWS.

That’s because in the short TikTok clip, the user sees a Woody doll at a shop at Disneyland and picks up his boot to reveal that the name “Andy” is no longer scribbled on the underneath side. 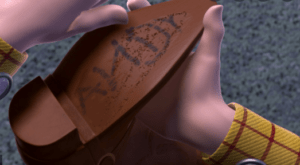 The doll made in the likeness of Woody is now sold with the name “Bonnie” on its boot. It’s as if the first 3 installments of the Toy Story franchise never existed. The TikTok user (@sabrinafajardo) who posted the video uses the app’s speech generating function to say, “You know you’re old when the Toy Story toys at Disneyland say ‘Bonnie’ and not ‘Andy.'”

She also captioned the post with the words, “Bye Andy,” reminding us of the horrible nightmare poor Woody had before Andy left for Cowboy Camp.

Fans of the wildly successful Pixar film franchise posted comments, conveying their sadness, disappointment and even outrage at Bonnie’s name having replaced Andy’s.

“Bonnie didn’t even appreciate him like Andy did,” one user commented. 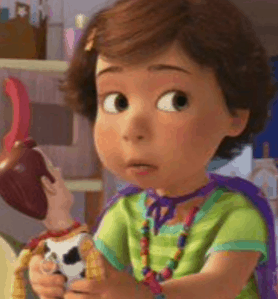 Another user responded by asking, “Who the hell is Bonnie?” (ok, this user–probably not a “Toy Story” is life fan–most likely didn’t watch past Toy Story 2.)

Another user made the comment, “IT SHOULD SAY ANDY. Bonnie didn’t care about Woody.” (I mean, for real!) 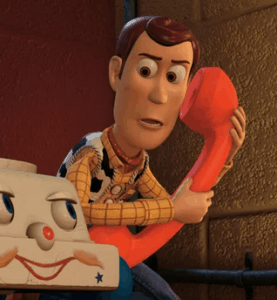 The franchise is so popular and so well-loved by so many, that the TikTok video actually inspired other users to video themselves checking the boots of their respective Woody toys. Older versions displayed the name “Andy,” while newer toys absolutely had Bonnie’s name on the boot.

There were even videos showing users who discovered that the newer versions of Buzz Lightyear had also fallen prey to the “Bonnie” syndrome.