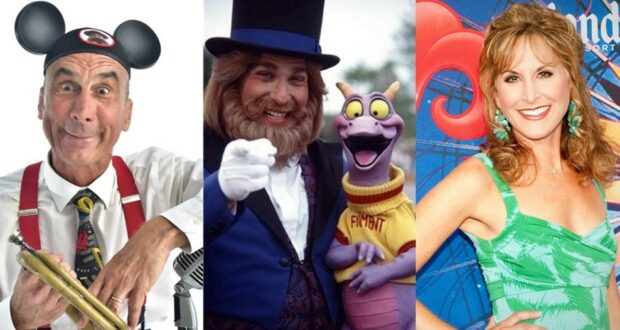 DIS Family Reunion to Benefit Give Kids The World, Day One

Give Kids The World is a wonderful local organization. Its purpose is to give critically ill Wish children and their families a week away from doctors, treatments, and illnesses, and instead just enjoy time being a kid. The children and their families stay on the property at no expense to them. Over 177,000 families have participated so far. On September 9 and 10, a fundraiser called DIS Family Reunion took place at Disney’s Contemporary Resort, and my daughter and I were invited to attend both days. Here are a few highlights of day one.

RELATED: Night of a Million Holiday Lights Spectacular Returns to Give Kids The World Village

The event started off with a performance by Return to Zero. This was followed by a welcome by Pamela Landwirth, who is President and CEO of Give Kids The World Village. She is passionate about what she does and has a real love for the children and their families. She shared several stories. Some of the stories were about children who survived and now are thriving, others were about children who have since passed on. Towards the end of her presentation, she welcomed ten-year-old Kellen Jackley to the stage. Kellen is a former Wish child who is now an artist. He explained one of his pieces and then stated that he had prints of that and others for sale in the Vendor Hall. All proceeds were going to Give Kids The World. I heard that they sold very well.

There were panels held throughout the day. Fans of dining at Disney Springs will recognize the name Chef Art Smith and his restaurant Homecomin’. He is a Florida native, but he hasn’t always lived here. He talked about his first visit to Walt Disney World as a child. He then shared stories of his days in the Disney College Program. He talked about working for Oprah Winfrey and other celebrities, as well as his time on “Top Chef”. He stated that he doesn’t really want to start another restaurant similar to Homecomin’. He said that the Disney Springs location is special to him and that the name is because he truly has come home.

Two actors from animated classics told stories in another panel. John Morris is the voice of Andy from the “Toy Story” franchise. He was just seven when he got the part! He was in college by the time that “Toy Story 3” was being filmed, and explained that his voicemail was his audition for the film. He said that they called from casting, heard his voicemail message, and realized that he was still perfect for the part of college-bound Andy. Also in this panel was Linda Larkin, the voice of Jasmine. She talked about the audition process, the “Aladdin” films, and how different it was to record for the films versus the television show. She also had nothing but wonderful things to say about the late Robin Williams.

Attractions Actor Panel featured three actors who you might not know by name. David Danipour played Dr. Stevens in the Flight of Passage pre-show. Kat Cressida voiced Jessie the Cowgirl in the parks, and she is also Constance Hatchaway on the Haunted Mansion. Ron Schneider was Dreamfinder and he controlled the Figment puppet for five years at EPCOT. Danipour talked about trying to sound believable while explaining about invisible parasites. Cressida shared that her father worked for Disney and took her into backstage areas as a child, but it never ruined the magic. She also said that she was scared to go on Haunted Mansion as a child. Schneider explained how you can tell in pictures if it was him because he was good at making Figment look at the camera.

RELATED: 10 Things We Wish Walt Disney World Would Bring Back

The panel with Jodi Benson was a real treat. She shared stories of filming and of how her character has impacted many people with who she’s come into contact with. The highlight of her time was when she sang “Part of Your World”. She sang it sitting down because she wanted it to be a more intimate experience.

There was entertainment in the evening that many people recognized. Sergio was back juggling soccer balls and picking a volunteer from the audience. Server Amusant amazed the crowd with their balancing and juggling. Both Off Kilter and American Martian (formerly Mulch, Sweat, and Shears) rocked out. Yehaa Bob Jackson was also there. He’s a strong supporter of Give Kids The World and often performs at the village. Yehaa Bob not only gave the performance of a lifetime, but he also shared some good news. He had received a call from Disney earlier in the day, and he will return to River Roost Lounge on October 14!

These are just a few of the highlights of the first day of the DIS Family Reunion. In addition to the panels, there was a Vendor Hall and a silent auction. This event had to be rescheduled because of COVID-19, and there were plenty of safety measures in place. It was great to be a part of it.

2021-09-12
PaulaK
Previous: Mom with disabled child gets hate-filled ‘parking violation’ on her van at Magic Kingdom
Next: DIS Family Reunion to Benefit Give Kids The World, Day Two