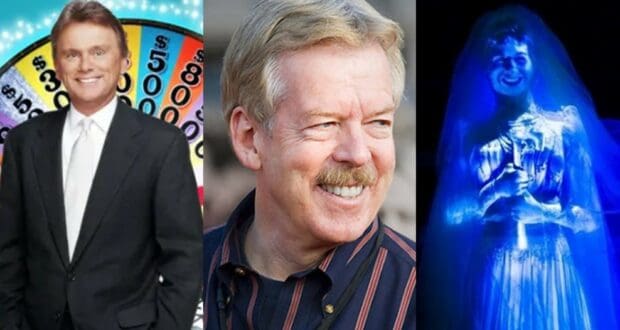 Give Kids The World is a wonderful local organization. Its purpose is to give critically ill Wish children and their families a week away from doctors, treatments, and illnesses, and instead just enjoy time being a kid. The children and their families stay on the property at no expense to them. Over 177,000 families have participated so far. On September 9 and 10, a fundraiser called DIS Family Reunion took place at Disney’s Contemporary Resort, and my daughter and I were invited to attend both days. Here are a few highlights of day two.

RELATED: DIS Family Reunion to Benefit Give Kids The World, Day One

The day started off with a bang. The Special Guest was none other than Pat Sajak! He talked about his 40 years as the host of the “Wheel of Fortune”. He holds the Guinness World Record for the longest-running game show host. He said that after all these years it is still a lot of fun. He shared that there are going to be some minor changes when the new season of “Wheel of Fortune” starts. They will go back to a previous version of the music because that is the theme song that most people associate with the show. He will no longer do the final spin, which he is happy about. The player whose turn it is will take that spin instead. He said that the tape six shows a day and that he doesn’t meet the players before the show. He compared the “Wheel of Fortune” to the sunset. He said you don’t always watch, but you know that it is always there. He also spoke highly of Vanna White and said that they’re good friends, even though they don’t see each other often when the show isn’t taping.

Pat Sajak did have one piece of news to share. He is part of the cast for “Muppets Haunted Mansion”. They shared a picture of his bust for the Disney+ special. The names of the rest of the cast will be released soon.

Lon Smart is a Disney artist who took us on a bit of a behind-the-scenes trip into the world of animation. He started on films such as “Mulan” and “Lilo and Stitch”, and then shifted over to the theme parks. He’s worked on everything from characters to maps to the designs on a pull-down bed. He said that everything at Walt Disney World is designed and that there is a story behind all of it. He offered great advice to people who are interested in animation and art. He said to constantly keep improving, make each piece better than the last. He also advised aspiring artists to include their ten best pieces in their portfolios.

Haunted Mansion fans had a great time at the panel called Mansion Magic. Former Walt Disney Imagineering Creative Development Executive Tom Morris shared stories of when he was a child, wanting to go inside the “haunted building” at Disneyland. (For information on why the building was empty for so long, watch the Haunted Mansion episode of “Behind the Attraction” on Disney+.) He also showed pictures of the ride’s development and shared that it was originally supposed to be a walkthrough attraction. Kat Cressida (Constance Hatchaway) talked about her audition, and how at first she didn’t even know which ride she was reading for.

Former Imagineer and Disney Legend Tony Baxter had a great panel. He shared stories from Disneyland and Walt Disney World. He talked about the different versions of Big Thunder Mountain Railroad, which he had a large part in designing. He also talked extensively about EPCOT and showed conceptual drawings of things that never materialized. He is still hoping for Cherry Tree Lane at the Park! Tony Baxter always has a lot of stories to tell, and it’s great to hear some of the behind-the-scenes tales.

As the evening came the Vendor Hall closed and the silent auction wrapped up. The two-day event ended with a Mickey Mouse Club Reunion, and everyone had a great time. Give Kids The World President and CEO Pam Landwirth was presented with the Mickey Mouse Club’s 2021 Humanitarian of the Year Award.

These are just a few of the highlights of the second day of the DIS Family Reunion. The event had to be rescheduled because of COVID-19, and there were plenty of safety measures in place. It was great to be included.

RELATED: Night of a Million Holiday Lights Spectacular Returns to Give Kids The World Village

There are some other fun events coming up that will benefit Give Kids The World. On November 6 a Gingerbread Run will take place. Night of a Million Lights will return this year. It will take place November 12 through January 2. This is a great way to see the Village and also get into the Christmas spirit. If you’re wondering what happened to the lights from the Osborne Spectacle of Dancing Lights, many will be here. Adult tickets start at $25 for adults and $15 for kids. You’ll have a wonderful time, and you’ll leave knowing that you helped critically ill children.

2021-09-12
PaulaK
Previous: DIS Family Reunion to Benefit Give Kids The World, Day One
Next: EPCOT’s Space 220 Restaurant elevator to the cosmos revealed today