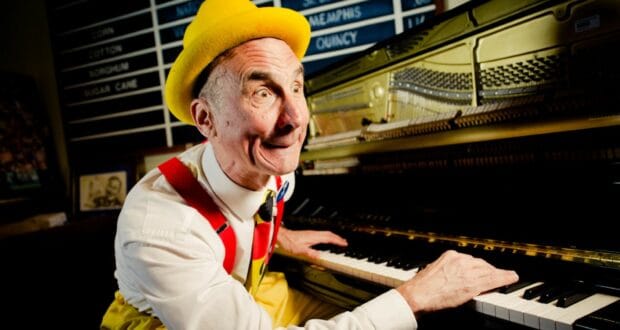 Flashback to a year ago in September of 2020, we learned that the legendary performer, Yehaa Bob Jackson, was being let go after working 23 years at Walt Disney World. Yehaa Bob Jackson called the River Roost Lounge at Disney’s Port Orleans Resort home and played regularly as he used his talents to tickle the ivory keys, sing, and entertain happy Disney Guests. Now, we’re learning the exciting news that Yehaa Bob Jackson is RETURNING to Disney’s Orleans Resort!

COVID 19 shut down Walt Disney World, leaving many of the talented Cast Members that were entertainers without a position. In September 2020, Bob Jackson’s shared via his Facebook page: “And that’s how it ends, not with a bang but with a whimper. I’ve just learned my act will not be returning to Disney. I made so many friends over the last 23 years, it was a great time, we had a lot of laughs together. I’ll be continuing my Sunday shows for now. I’ll keep you posted, I’m still digesting all of this-“.

While attending the DIS Family Reunion 2021 at Walt Disney World to benefit Give Kids The World Village on September 9, Yehaa Bob Jackson shared via TikTok the big news that he would be making a comeback with the reopening of Disney’s Port Orleans Riverside on October 14!

Bob Jackson’s personal Facebook page posted a photo from the event stating: “Murphy and I tearing it up tonight at Give Kids the World!”

Disney has left the “Yehaa Bob Jackson at River Roost Lounge” webpage up which shares the experience as “A Playful Piano Show for All Ages: Head over to this cozy club at Disney’s Port Orleans Resort – Riverside and enjoy boogie-woogie musical stylings and comedy from a local legend. Sing along to Disney standards, songbook classics, and kid-friendly ditties. You may even get called up to participate in the show!”

We have missed Yehaa Bob and are so excited he is making his return! If you follow along on his Facebook page, you may have seen him performing live on select nights via his personal Facebook page. His colorful personality and amazing talents always shine through as an entertainer… even through virtual performance. We’re ready to have some fun and see him back in person once again!