Whoopi Goldberg has made the headlines yet again for her harmful, inaccurate, and hurtful comments about the Holocaust during World War II. 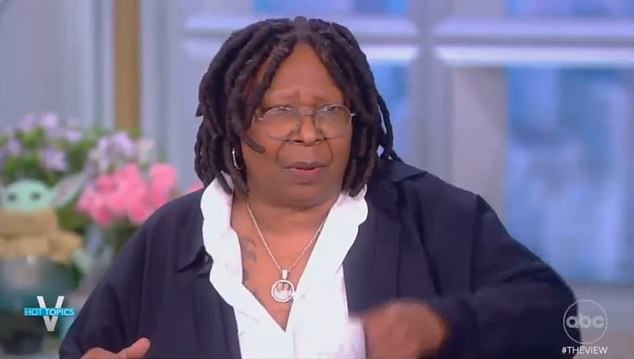 The recent incident marks the second time Goldberg has made such comments about the Holocaust, despite her suspension from ABC’s The View earlier this year following hurtful and historically incorrect comments she made about a pinnacle in Jewish, Polish, and German history.

During a live broadcast of The View on January 31, Goldberg infuriated the masses when she stated that the Holocaust “wasn’t about race” but about “man’s inhumanity to man.” During the very next episode of the daily talk show, the Sister Act actress apologized on-air, saying in part:

“I said something that I feel a responsibility for not leaving unexamined because my words upset so many people, which was never my intention. I understand why now, and for that, I am deeply, deeply grateful because the information I got was really helpful, and it helped me understand some different things. I said the Holocaust wasn’t about race and was instead about man’s inhumanity to man, but it was indeed about race because Hitler and the Nazis considered Jews to be an inferior race. Now words matter and mine are no exception. I regret my comments, as I said, and I stand corrected. I also stand with the Jewish people as they know, and y’all know, because I’ve always done that.”

RELATED: Whoopi Goldberg Goes Off in Angry Tirade During Live Broadcast of ABC’s “The View” Despite her apology, Goldberg was suspended by ABC shortly after her on-air plea for forgiveness, though her absence was only in force for a little more than a week. However, many fans–and even Goldberg’s co-hosts–grew angry over her suspension.

But despite the inaccuracy of her comments, as well as the hurtful nature of what the actress said about the Holocaust, Goldberg is now defending what she said on The View in January. During an interview during which she promoted her new film, Till, with The Times of London, Goldberg repeated her earlier comments about the Holocaust–even going so far as to defend what she said in January. 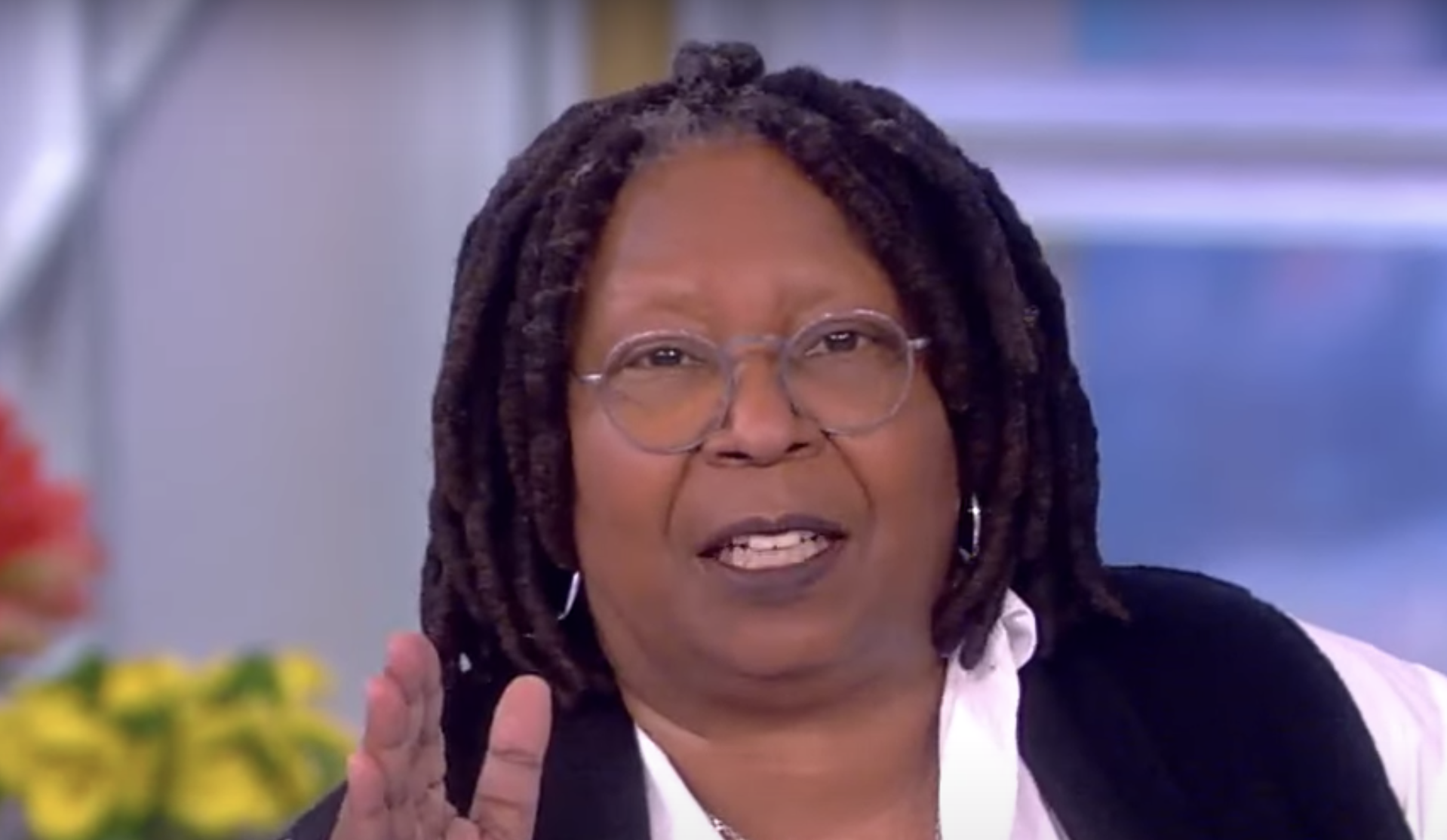 During the interview, when Goldberg was reminded that the Nazis believed the killings were about race, she continued to defend her stance.

“Yes, but that’s the killer, isn’t it?” she responded to the interviewer. “The oppressor is telling you what you are. Why are you believing them? They’re Nazis. Why believe what they’re saying?”

Goldberg went on to say that the Holocaust “wasn’t originally” about race. 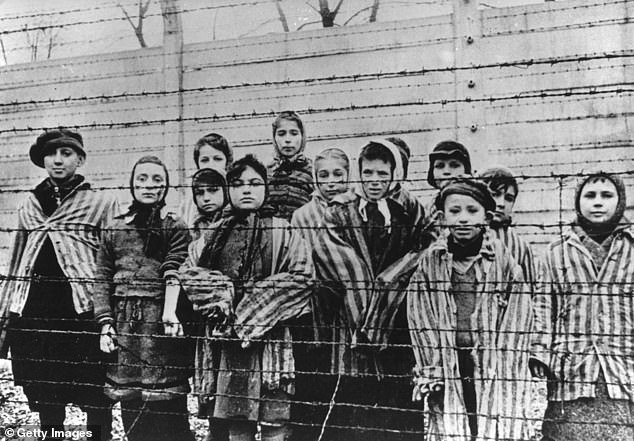 This photo shows a group of children who survived the concentration camp Auschwitz-Birkenau after 1945 liberation. But Goldberg says the Holocaust didn’t involve racism, as it was fighting between two groups of white people.

Goldberg has reportedly apologized yet again for her hurtful and offensive comments about the Holocaust, but many point out that the apology may not be indicative of a change in her understanding of, or talk about, the Holocaust. 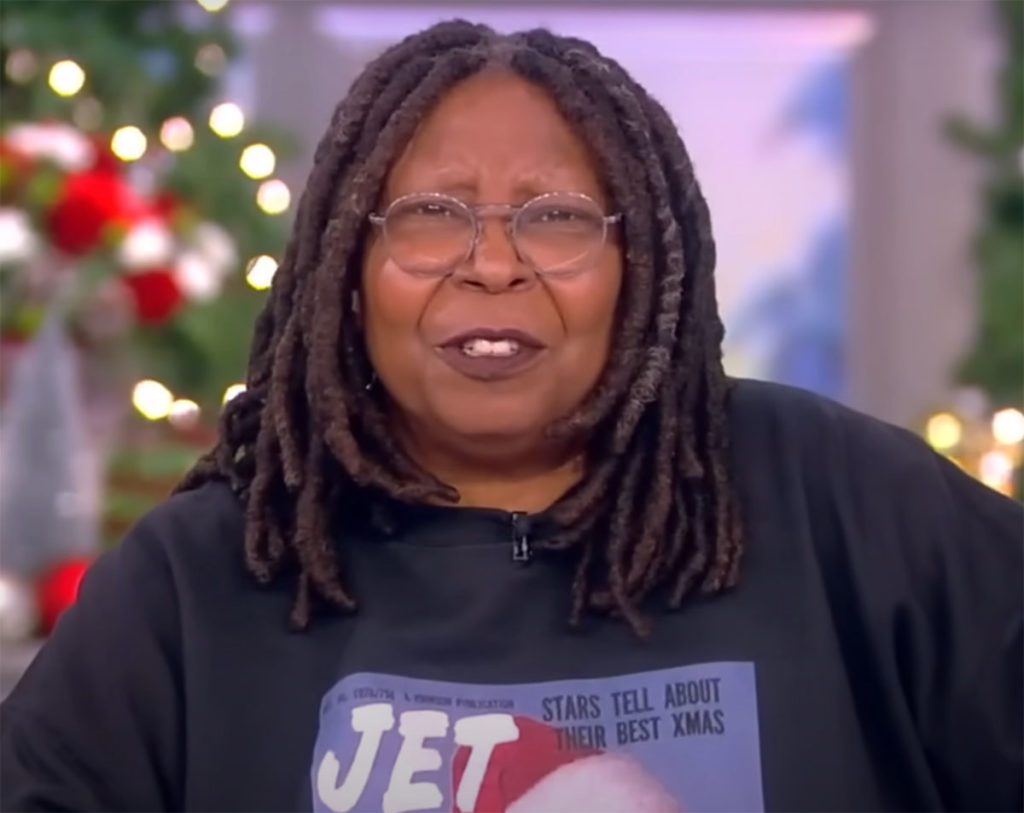 During the Second World War, six million European Jews lost their lives at the hands of Germany’s Nazi Party, led by dictator Adolf Hitler, whose regime viewed members of the Jewish community as an inferior race. At the time, the deaths accounted for nearly 1/3 of the world’s Jewish population. Nazis also murdered five million non-Jews as well, believing those they murdered were inferior, thus rationalizing their heinous acts of torture and genocide. In all, 11 million people lost their lives at the hands of the Nazi regime.

Even today, some members of the Jewish community, including Jewish leaders, face the threat of rising antisemitism in places around the world.

2022-12-28
+Becky Burkett
Previous: Guests and Cast Members Forced Out of Magic Kingdom Hotel in Mass Evacuation
Next: Man Claims Fellow Disney Guest Refused to Let Him Get to His Child In a Wheelchair