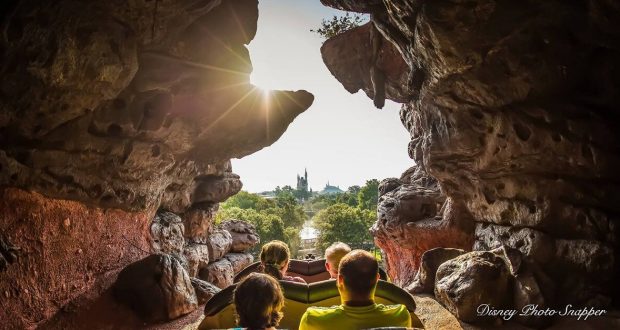 It may be called the “Laughing Place,” but Guests weren’t laughing about this incident at Disneyland Park.

And it probably felt a bit uncertain and chaotic for Guests at the Disneyland Resort when a young boy disembarked the log flume at the Splash Mountain attraction and refused to get back into the ride vehicle.

If you’re a frequent Guest of any of the Disney Parks, it’s more than probable that you’ve been aboard a ride when it had to stop suddenly. This happens quite often at Space Mountain and also at The Haunted Mansion, so much so that there’s even a nod to the frequent ride interruptions at the Haunted Mansion attraction in the Muppets Haunted Mansion film that debuted in October of last year.

Usually, the stop is only temporary, and Guests are able to continue enjoying the attraction. Such was the case during this incident.

According to Guests who witnessed the incident, the log flume ride at Splash Mountain had stopped for about 15 minutes, and that’s when the young boy jumped out of the ride vehicle to stand on a flat area of the attraction where Guests are not permitted.

It was after this point that the ride had to undergo a full evacuation. Each of the Guests aboard the ride vehicle was forced to disembark, and each was given a pass to experience another attraction at Disneyland.

RELATED: Disney World has a new way of handling ride evacuations, and fans aren’t going to be happy

The Splash Mountain attractions at Disneyland Resort and at Walt Disney World are each slated to undergo refurbishment and a massive overhaul, removing the Song of the South theming and replacing it with theming from Disney’s The Princess and the Frog.

It’s not clear why the boy disembarked the boat. Perhaps he was fearful of the final 5-story drop. Thankfully, no one was hurt, and each of the Guests aboard the attraction evacuated safely.

2022-01-12
+Becky Burkett
Previous: Fans Balk at Bob Chapek’s Staff Email, Come Up With Their Own Three Pillars For Disney
Next: Garden Rocks Concert Series Set to Make Its Flower and Garden Festival Return