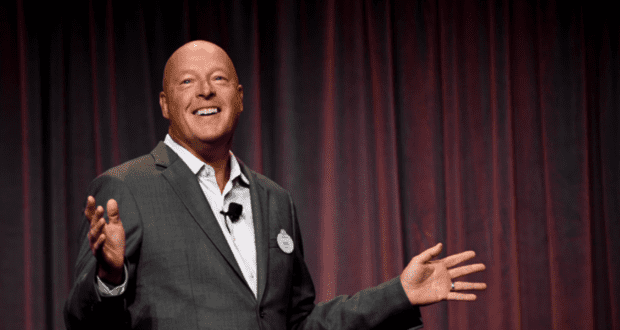 Bob Chapek Doesn’t Care If You Like Him Or Not

Disney CEO Bob Chapek isn’t exactly a popular man. Or a well-liked man. Or particularly known as a man of the people. That’s just fine with him. Recently he sat down with the Wall Street Journal at their Tech Live conference in Laguna Beach last week and reflected on his feelings which he claims that largely he ignores when making decisions.

“Everybody sort of wants to be loved, and everybody wants everyone to like them, but in this world, that’s not always necessary, but in this in this world, that’s not always necessary, so I wash all that away and say, ‘What do we want the ‘capital D’ Disney Company to stand for?’ And if we’re doing right by the ‘capital D’ Disney Company and can sleep at night, then I can be Teflon and know that we’re doing the right thing.” Disney CEO Bob Chapek said at the WSJ Techive confrence.

The Walt Disney Company CEO has had his share of controversies during his short office tenure. From the backlash over the company’s silence on the Parental Rights in Education Act (aka “Don’t Say Gay Bill”) to backlash over the company’s eventual actions for the same piece of the legislature, Chapek has managed to make people angry with every move he makes. He’s faced the same scrutiny with his decisions regarding Disney World and Disneyland as well, with a number of questionable and highly unpopular decisions resting on his shoulders. Many thought these presumed missteps would lead to his being ousted as Disney CEO, but the Walt Disney Company board of directors unanimously voted to extend his contract through 2025.

Disney fans had hoped that if they expressed their anger enough, it might provoke change, but Chapek’s comments prove that they will likely fall on deaf ears. As long as he feels that he is doing what is best for the Walt Disney Company (i.e., turning a profit), he will continue to be unconcerned about what you or I think. This writer, however, feels that perhaps he ought to at least consider his loyal fans’ feelings, if not his own, when making decisions for the comoqnt. Whether he wants to hear it or not, Disney fans sentiments translates to profits for the Walt Disney Company.

2022-11-02
Jill Bivins
Previous: Just Months After it Opens, Guardians of the Galaxy Sees Major Improvement
Next: We Have a Release Date for Mandalorian Season 3!