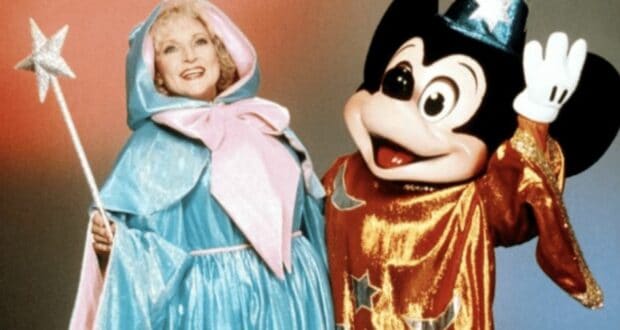 We can still remember preparing to ring in the New Year and hearing the news of beloved Betty White’s passing on New Year’s Eve, December 31, 2021. She was an amazing 99-year-old Golden Girl actress and famous comedian that had a young spirit that seemed to brighten television screens everywhere. Now, Betty White fans should mark their calendar for Betty’s estate sale.

RELATED: Massive Donations Pour into Animal Shelters Thanks to the “Betty White Challenge”

Passing just days before her 100th birthday, Betty White was especially known for her roles on The Mary Tyler Moore Show and The Golden Girls, on which she played Sue Ann Nivens and Rose Nylund. Of course, many of us Disney fans know she was named a Disney Legend in 2009, along with her Golden Girls co-stars Bea Arthur, Rue McClanahan, and Estelle Getty.

Now, Betty White fans will have a chance to purchase more than 1,500 lots from the Disney Legend’s life and career. The Estate Sale will be held by Julien’s Auctions and will take place in Beverly Hills as well as online beginning September 23, for a three-day event.

The items available will vary but include incredible memorabilia from her involvement in television shows and film. From furnishing to artwork, fine jewelry, awards, and other personal items, there are multiple items that will be for sale from her homes in Brentwood and Carmel, California.

Among the estate items is Betty’s wedding ring which is estimated to start with biding between $600 and $800. Betty White was married to her husband Allen Ludden in 1963 and wore the beautiful gold leaf and diamond band.

Fans will also have an opportunity to snag Betty’s on-set seat with a starting bid between $3,000 and $5,000. This was her original director’s chair from The Golden Girls.

Even Betty’s Golden Girls Getup as shown in the photo above will be up for bid starting between $600 and $800. Betty White wore this memorable lavender dress in 1986 photos for The Golden Girls.

With over 1,500 pieces, we suspect this Betty White’s Estate Sale will be a rather popular one.

We’ll leave you with a sweet message from Betty as she told PEOPLE, “You better realize how good life is while it’s happening because before you know it, it will all be gone.”