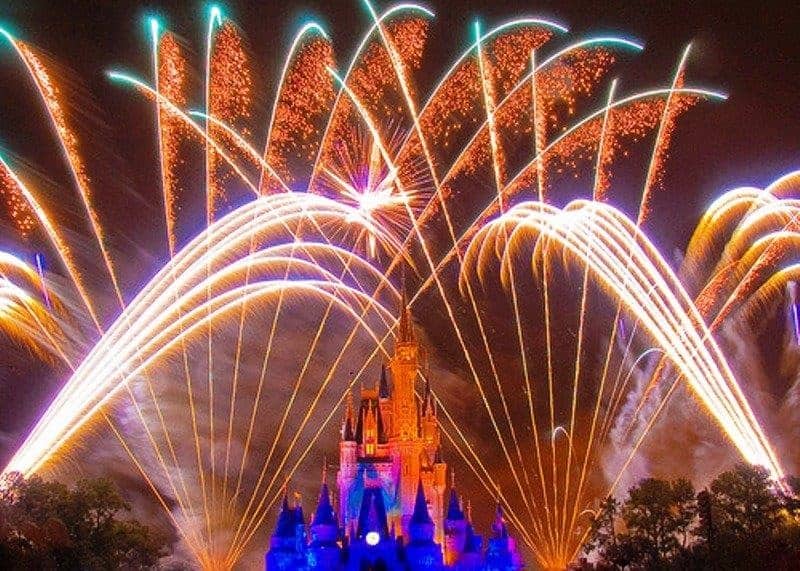 The Magic Kingdom’s nightly entertainment is called Wishes. Just saying the title brings to mind the beautiful score and makes me start humming the score. This must see entertainment includes a projection show on the face of Cinderella’s Castle, followed by a spectacular fireworks show. The fireworks go off behind Cinderella’s castle (it really seems like they are coming from New Fantasyland) and somehow surround the entire Hub. Watching the closing show of the Magic Kingdom is usually the highlight of any trip to Walt Disney World, and this is why it is so important to find the best spot from which to watch this enchanting show.

There are several good spots from which to watch Wishes, so I am going to tell you the best three in the hopes that you will be able to grab one of these spots on even the busiest of nights in the Magic Kingdom.

The hub is the area of Main Street U.S.A. that surrounds the Partners statue. It’s called such, because this is the “hub” of the Magic Kingdom and it is from here that park guests are directed onto one of the “spokes” into the various lands located around and behind Cinderella’s Castle. Wrapping all the way around the statue from the bridge to Liberty Square to the bridge to Tomorrowland, this is a large spot from which to catch Wishes. Not only does the sheer availability of space to stand make this a great spot, but you can usually get an unobstructed view of both the projection show on the castle and the fireworks. Plus, if you are in the park for one of Walt Disney World’s hard ticket events, such as Mickey’s Very Merry Christmas Party, where the fireworks include a 180 degree perimeter fireworks bursts, standing here makes you feel like you are directly in the middle of the fireworks show.

2. The Area of Main Street U.S.A. between Casey’s Corner and The Plaza Ice Cream Parlor

This area of Main Street U.S.A. offers viewers a straight on view of the projection show on the castle and the fireworks show that follows. This area is very small, and can get very crowded, but it certainly offers million dollar views of the show. It might be tough to stake out a spot in this area, because cast members will be trying to move you along down Main Street toward the exit or the sidewalks. With that being said, try to time your arrival at this spot at just about the time the show is going to start, and be nice to those guests also trying to see the show, and you will be rewarded with a spectacular and direct view of Wishes.

3. The Sidewalks between Casey’s Corner and the Crystal Palace

This area is a bit off center, but it is a great alternative when you just can’t seem to squeeze you and your viewing party into the Hub. This area is fairly small, and often overlooked, so you might find yourself getting a practically, private view of the show! Be sure to get closer to the Crystal Palace than Casey’s Corner in order to get the best point of view of the castle. Another great suggestion is to try to get up to the fence along the moat. This will ensure no one stands in front of you!

Illuminations is the nightly fireworks presentation on the World Showcase Lagoon in EPCOT. This is a moving show, as it tells the history of the earth and celebrates all the cultures represented in the World Showcase. It also has a wonderful score that makes the show even more moving. A word of warning – it is hard to secure a great viewing spot no matter where you try; so be sure to stake your spot at least an hour before the show is scheduled to start.

1. Entrance to the World Showcase

The best spot to watch Illuminations is between the two gift shops located at the entrance to the World Showcase nearest to Futureworld. Standing here gives you an unobstructed view of the World Showcase Lagoon, as well as a front row street for the country light show finale of the show.

2. To the right of the American Adventure Stage

This place puts you in the center of the World Showcase Lagoon on the opposite side than the entrance to the World Showcase. This area gives you a great view of the earth and the fireworks released during the show, but standing here requires you to turn around to fully experience the lighting of the various world showcase buildings.

3. The Area Outside of the Rose and Crown

If you can, try to schedule your evening advanced dining reservations for this restaurant during the scheduled time of the evening’s show. This area is right along the water so it is a prime spot for watching Illuminations. Yet, just like in American Adventure, there is a chance you will be unable to see the lights light up on the various buildings in each country.

As I have recently written about Fantasmic!, you know that it is by far my favorite Walt Disney World evening show. In fact, we generally try to watch this state of the art stage show at least twice per trip! This show combines water projections, fire, lasers, and fireworks with a storyline and score that is about how fantastic the power of Mickey (and your) imagination can be.

1. Front and Center of the Amphitheater

While obvious, the best seat in the house to watch this nightly show at Disney Hollywood Studios is front and center of the amphitheater. This area is especially exciting for children, because you can get wet from the water screens utilized throughout the show.

2. Back Left of the Amphitheater

This section is a favorite of my family. I suggest trying to sit just off center. This will give you a great vantage point for the show, as well as a way to peek to the backstage excitement. Plus, this is a good area to grab a seat when you might walk into the show a little late.

3. Right Front of the Amphitheater

This section is almost as good as the back left section. Sitting here allows you to be close to the action without getting wet, and gives you the opportunity to check out a lot of the backstage action before the floats emerge from behind the stage. However, if you get too far off to the right side of this section, you will be unable to see all of the action on the left hand of the stage.

As you can see, choosing a great viewing location for any of Walt Disney World’s fireworks shows is an essential part of the Disney experience. Hopefully, these tips will help you and your family find just the right vantage point the next time you are visiting the most magical place on earth! 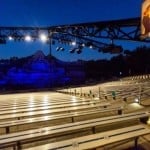 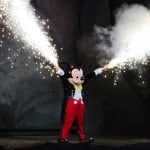 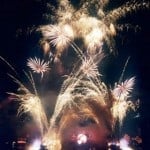 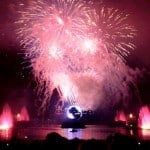 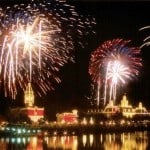 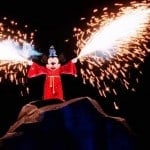 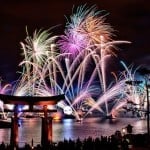 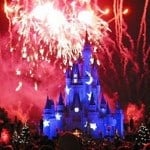 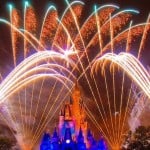 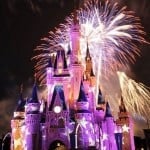