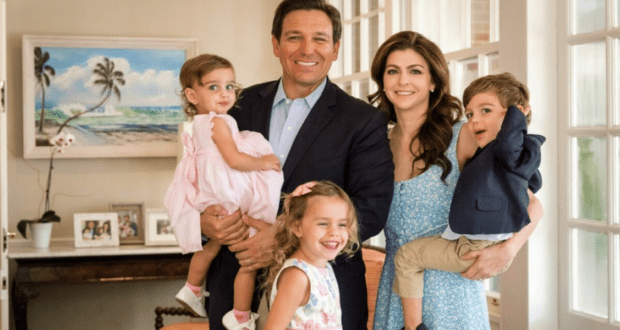 Before They Were at War, DeSantis Said ‘I Do’ at Disney World

Governor Ron DeSantis has waged war on Disney. That much is fact. The Governor’s Parental Rights in Education Act drew the ire of The Walt Disney Company, and the entertainment giant threw its weight behind opposing the bill in response. DeSantis, who is largely viewed as a sure thing for reelection on November 8, has been a hot topic in the media regarding the controversial bill that prevents educators from discussing gender and sexuality with students younger than third grade.  When Disney pledged to work to overrun the bill, DeSantis fired back, and thus war was waged. Before they were at war, however, Governor Ron DeSantis was apparently a Disney fan. In fact, did you know he got married there?

Governor DeSantis married wife Casey on September 26, 2009. The location of the governor’s wedding doesn’t appear to be widely known, though a report from Insider was able to uncover it. The marriage license lists the location of the wedding as Lake Buena Vista, Florida, which is the mailing address for Disney World. Guests spoke to the publication about the Governor and First Lady’s ceremony. 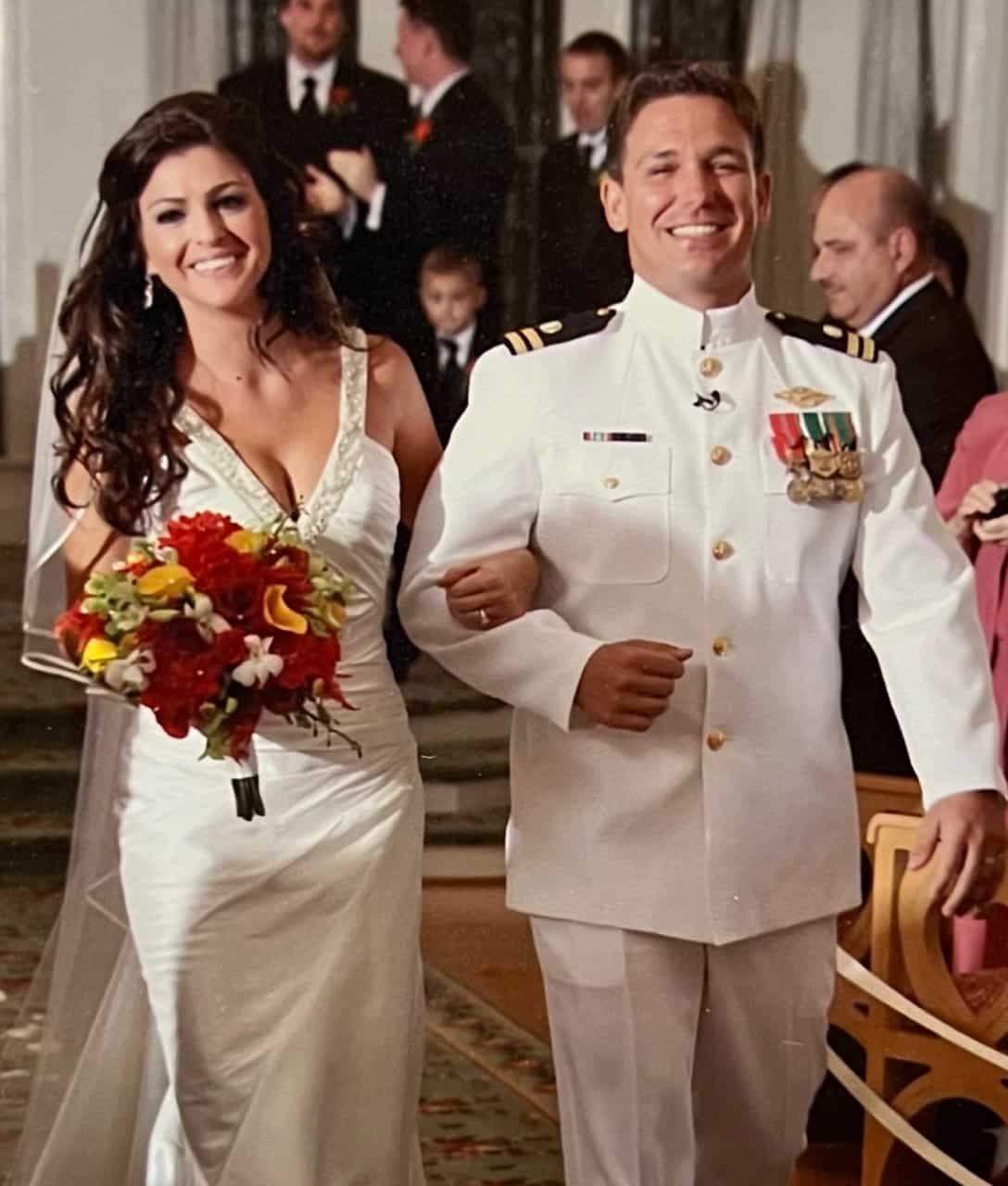 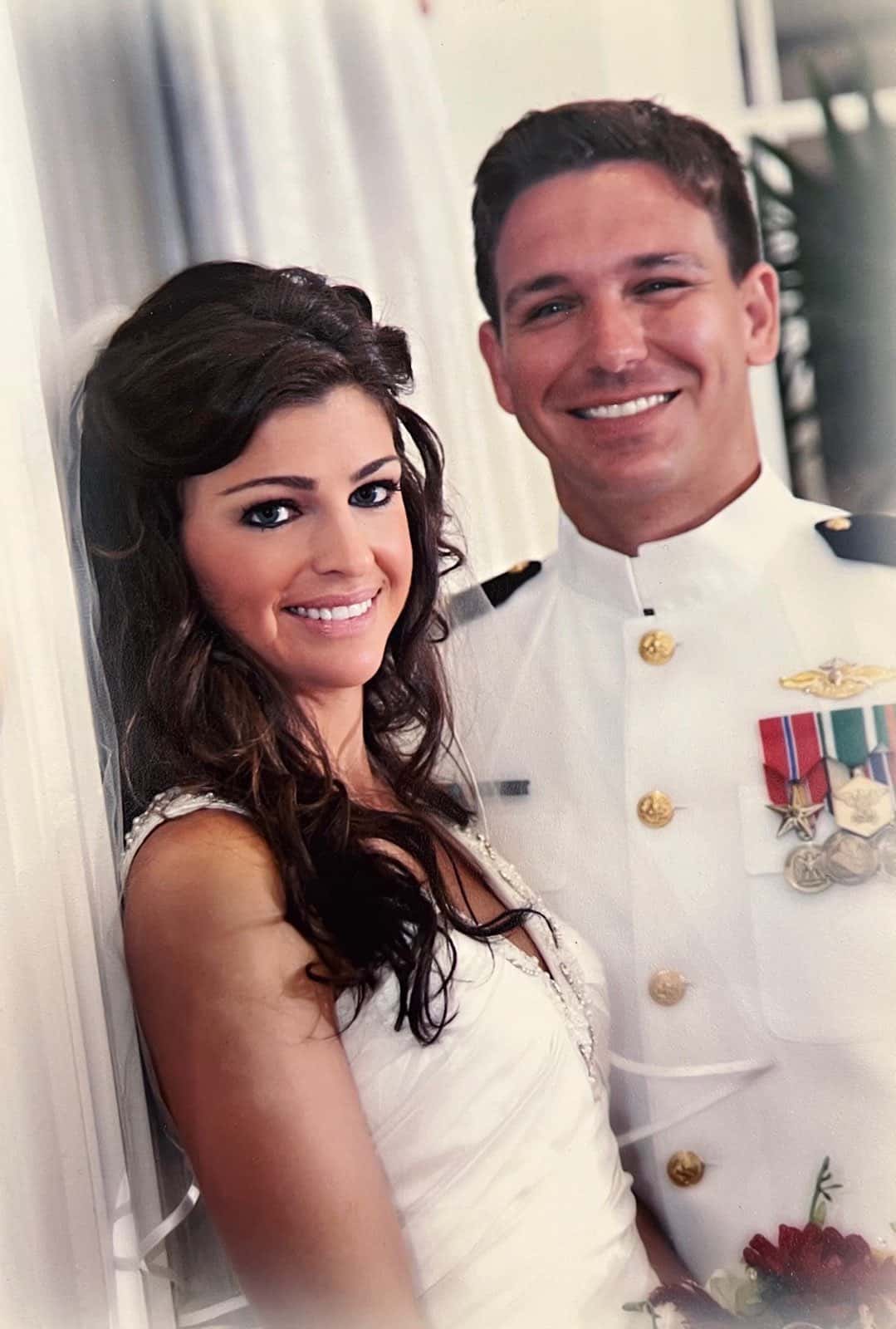 Philip Rogers, a Catholic priest from Ohio, officiated the wedding, a copy of the marriage license shows. It rained at the tail end of the cocktail hour, according to two wedding guests. The choice of venue was surprising for those close to Casey as she isn’t known to be a Disney person but one of the Florida First Lady’s former friends and colleagues said that she wanted “wanted something all-inclusive and put together.”

Disney weddings are a dream for many and we recently did a dive into the costs involved. They are expensive,  but not as expensive as we thought. Sure, you could have a “sky’s the limit” celebration where the word ‘budgets unheard of, but you can also tie the knot at Walt Disney World for around $10,000 (which is half of what the average wedding in the United States costs).

Analysts claim they don’t feel this news will hurt his election chances where in addition to being adduced a shut-in for his gubernatorial re-election is also a Presidential favorite in 2024. The Governor’s nuptials here don’t really come as a surprise.  Disney’s level of service is unmatched and what better location for a (then future) Florida politician to wed his bride than one of Florida’s biggest tourism draws? Contrary to damaging information, this seems like it is only fitting.

2022-11-04
Jill Bivins
Previous: Disney Cast Members Set to Strike Over Wages
Next: First Disney Vacation Post-Pandemic? Here is What You Need to Know