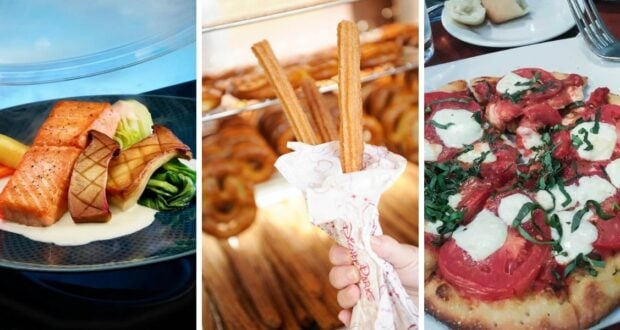 Are These The Worst Foods at Disney World?

Dining at Walt Disney World Resort can truly be one of the most memorable parts of your magical vacation. With nearly 400 dining spots to choose from, there is something for everyone — from Mexican to Chinese, French, Vegan, counter-service, sit-down, snacks, drinks, and more. And, if you’re there during a festival, there’s even more to enjoy! Walt Disney World is known for its great food but, with so many options, there is bound to be a miss every once in a while. 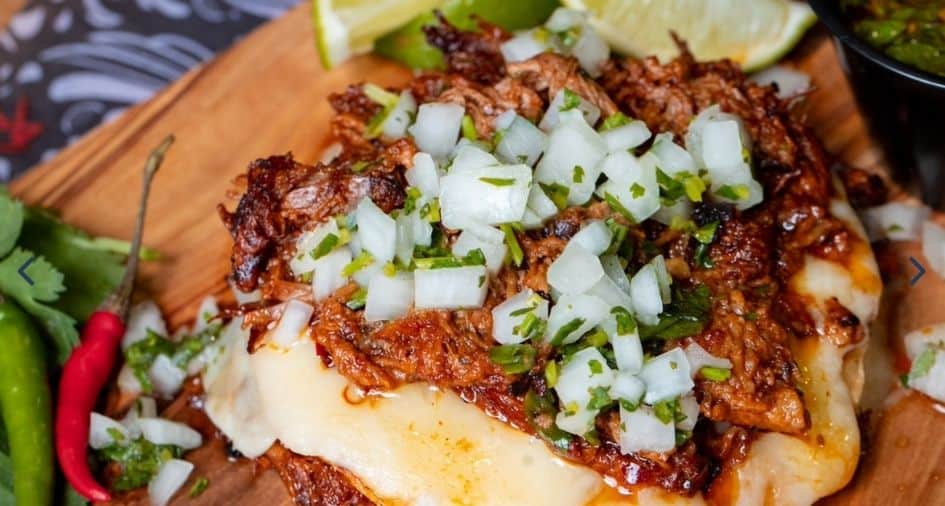 TikToker Shay Spence (@theshayspence) loves all things food and loves to give people his top choices wherever he goes. Recently, Shay gave followers his worst picks for food at Disney World that he ate this year. On the flip side, he also gave them what he would get at each dining spot instead.

Take a look and see if you agree!

According to Shay, the Salmon was too dry. However, he did note that Disney has since changed the recipe, so it’s possible that many other Guests had the same complaint. The Steak & Frites and the Blue Moon Cauliflower were both more solid choices.

If you are looking for a trip to Space 220, without the massive price tag, we suggest dining at the Space 220 Lounge. There are a ton of delicious items to choose from, including Short Rib Sliders, Starry Calamari, and Shrimp Cocktail. 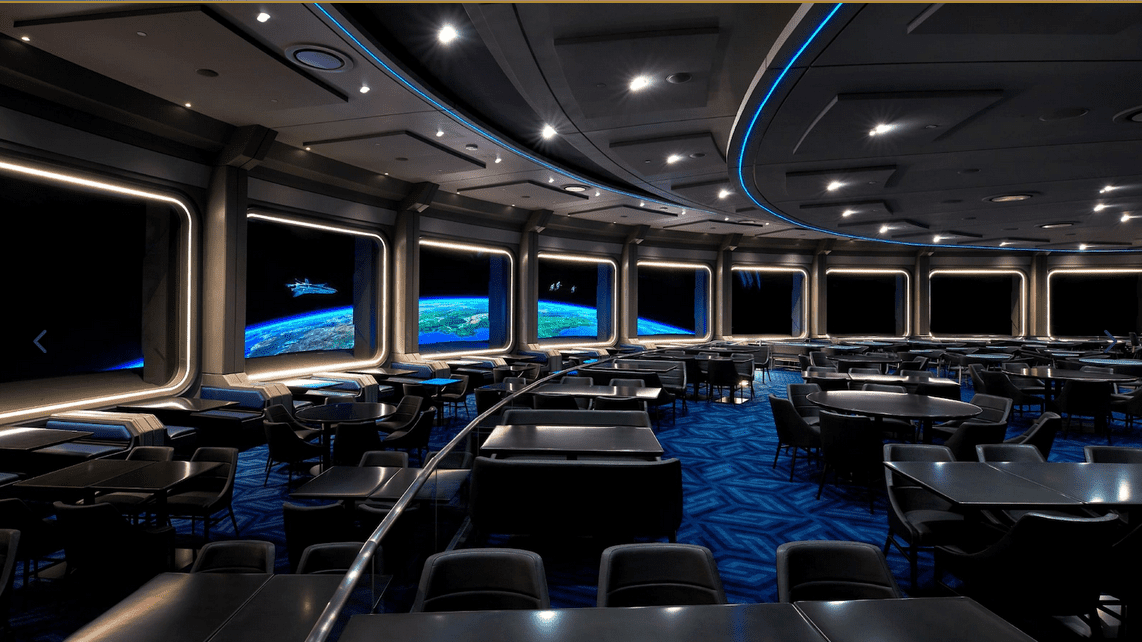 ORDER: Go to Via Napoli

Mama Melrose might be one of the most controversial restaurants on Disney World property. While many Guests love the theming and have great memories of some of the dishes, overall, Mama Melrose is not known as one of the best. Shay said that, if you really wanted to dine at the restaurant, get the Chicken Parmesan.

However, if you are looking for a good slice of pizza, head over to EPCOT and dine at Via Napoli. In addition to classic choices like Margherita, Cheese, and Pepperoni, Via Napoli also offers unique pizzas like Prosciutto and Melon pizza, and Truffle, Fontina, and Artichoke pizza. Via Napoli also offers various pasta dishes and delectable desserts. 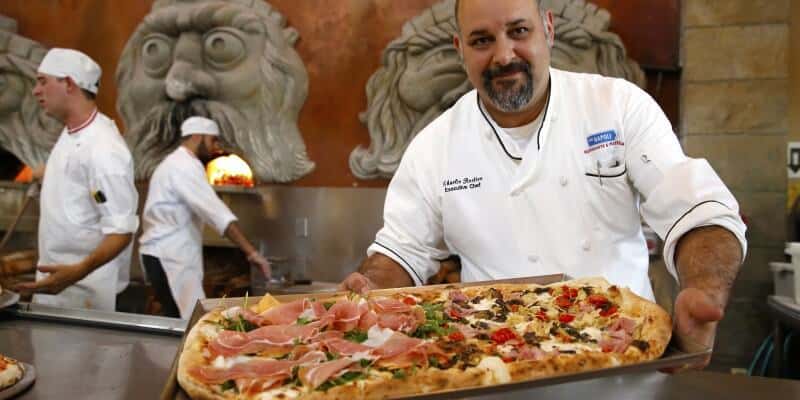 Now, this one is an interesting take. At Disneyland Resort, churros have an almost cult-like following. Every year, Disneylanders get to try brand-new flavors like Fluffernutter (made with peanut butter, marshmallow, and chocolate chips) and Maple Bacon. However, at Disney World, the churros aren’t as popular.

For Shay, there is one exception to the churro rule — Nomad Lounge at Disney’s Animal Kingdom Park. Nomad Lounge serves its Churros with two dipping sauces — a Vanilla Creama and a Coffee Crème Anglaise. 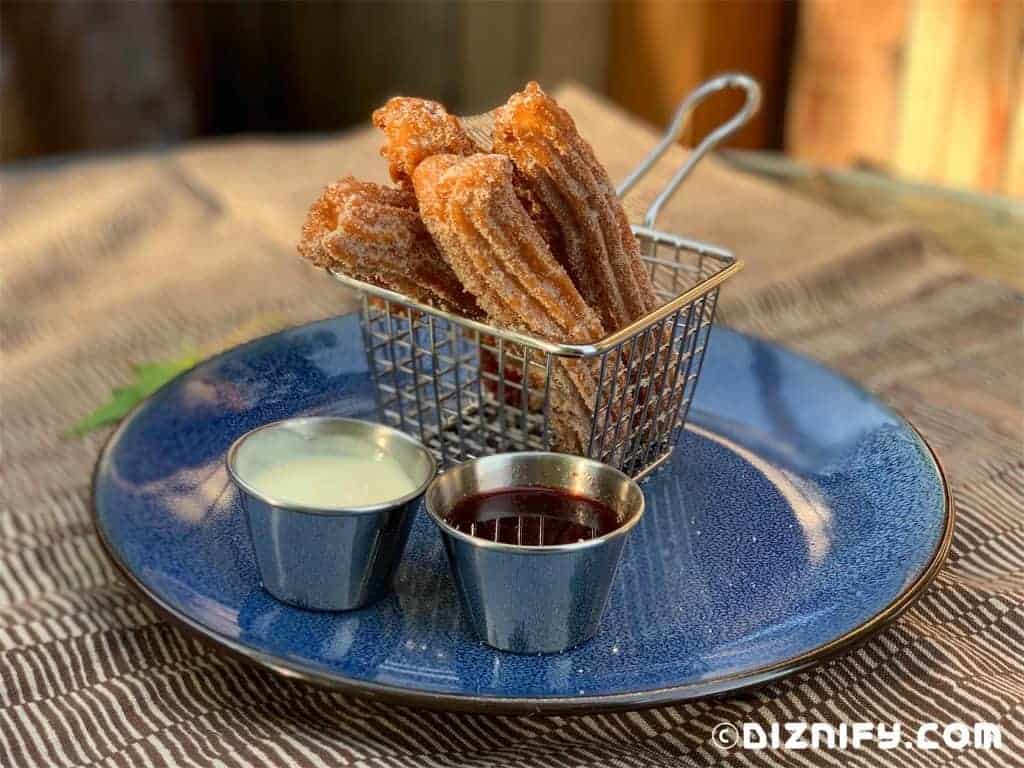 Now, I’ll admit, I love a salty and sweet combo, but pulled pork between a jelly donut gave me pause. And it appears that you should consider skipping this. Instead, head over to Flame Tree Barbecue and snag the Pulled Pork Mac & Cheese. The mac and cheese is creamy, the pulled pork is juicy, and they top the dish with coleslaw and perfectly crispy onion rings. Disney is always trying to cater to those who have different dietary restrictions, including those who are vegan. The Crabless Crab Cakes are plant-based cakes topped with a mango chutney and served with french fries.

However, if you really want to enjoy what you eat at Typhoon Lagoon, Shay recommends the Hei Hei ice cream cone, the donuts, or any other sweet treat that the Disney Park has mastered. 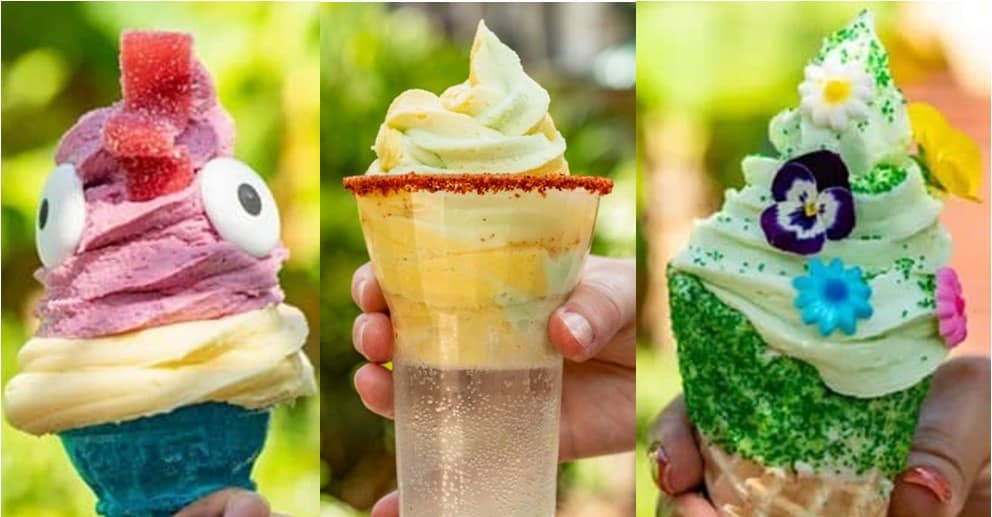 Now, these are just one person’s recommendations, but a lot of followers did agree with him. Now, there were some who loved the Jelly Donut Pulled Pork, but most agreed that Space 220 was overpriced.

What are your least favorite dishes at Walt Disney World?

2022-12-29
Krysten Swensen
Previous: Whoopi Goldberg Apologizes For Seemingly “Doubling Down” on Holocaust Comments
Next: The Most Eyebrow-Raising Disney News of the Year: Just Can’t Make This Stuff Up