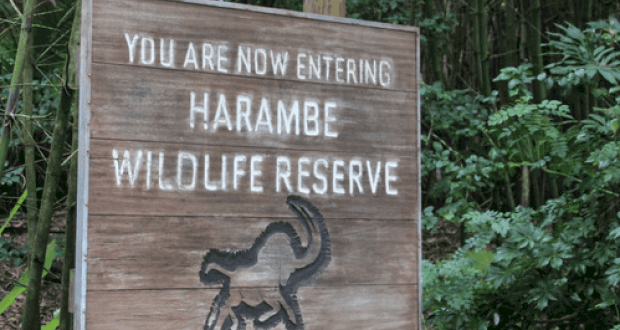 Animal Kingdom, Disney’s 4th park in the Walt Disney World complex, was opened on Earth day in 1998. It is the largest Disney theme park covering 500 acres and is the 7th most visited theme park in the world. Often called the “half day” park by some guests, I have found that I can spend more than just a half day discovering the wonders of this theme park, returning time after time and discovering something new each time! While Disney originally advertised that this park was “Nahtazu” (Not a Zoo), the animals and theming plus shows and awesome attractions certainly make for a super fun and unique experience. Animal Kingdom is going to see major expansions over the next several years, including the addition of James Cameron’s Pandora from the hit movie Avatar. They will also include a nighttime show, which leads many enthusiastic Disney fans to assume that Animal Kingdom will remain open later and include much more! While the changes are being made, here are 7 attractions and shows we hope never close!

Animal Kingdom is all about the animals, so I hope that when expansions come, Disney stays true to the naming of the park! The Maharajah Jungle Trek and Pangani Forest Exploration Trails are incredibly cool, giving an up close look at animals such as tigers, gorillas, hippos and much more! If you take the train over to Rafiki’s Planet Watch, you can also go to the Affection Section, which is a petting zoo. There is something about a petting zoo that brings me right back to when I was a little girl!

Showcased in its brand new theater, I don’t think this show is going anywhere anytime soon! This festival brings together acrobats and singers as they celebrate the Lion King and the very popular songs. You will meet 4 singers that lead you on a tribal style celebration. Timon leads “Hakuna Matata” while you watch the tumble monkeys (acrobats) show off their talent on center stage. An aerial bird ballet is performed to “Can You Feel the Love Tonight” and a fire performer is showcased for “Be Prepared.”

This soak fest is just plain fun and is as close to whitewater rafting as I’ll ever get. As you travel along the stone ruins and century old temples, you will find yourself nice and relaxed until the first geyser erupts sending you downhill into lots of action! Will you be the one passenger out of 12 that isn’t wet? Probably not! Water rides can be troublesome to upkeep, but I hope Kali River Rapids is a permanent cool down for us all!

This 40 minute show integrates puppetry, acting and 14 original songs and choreography. The actors are absolutely fantastic and I dare you to not shed a tear as you are invited to witness the love between Marlin and his son, Nemo. With Finding Dory on the horizon in 2016, I think an update may come to the musical that celebrates the original film from 2003. I hope not, I could watch this show every day and still love it!

The safari is quintessential Disney! Entertainment plus wonder and excitement is the perfect mix and is why I hope the safaris never stop running! A trip through the Harambe Wildlife Reserve will have you observing over 40 different types of animals including giraffe, lion, elephants, hippos, crocodiles and rhinos! The “Little Red” story line was retired a couple of years ago which now leads to a leisurely trip and usually some laughs with your driver.

While the preshow is a little cheesy, this ride is one of my absolute favorites at Disney World. Board your time rover to travel back to gather an Iguanodon! There is just one problem! You are traveling back to the same time a huge meteor crashed into the earth and caused the extinction of dinosaurs. While this is considered a thrill ride, the time rover is just a bit bumpy, but not all that scary. This is the perfect balance for people who like dark, fun rides but not the speed of a coaster. I hope that DINOSAUR is considered a ride of the past and future!

After 6 years of planning and at a cost of $100 million dollars, I think it is safe to say that Expedition Everest will be a longtime fixture at Animal Kingdom…and that is incredible! This coaster delivers on the story, thrills, a big hairy yeti, G force and it goes forwards and backwards! Everest is my favorite ride and I look forward to it every single time I am in the park! Check out the single rider line if you don’t mind separating from your party, the waits are usually half of the posted stand by times!