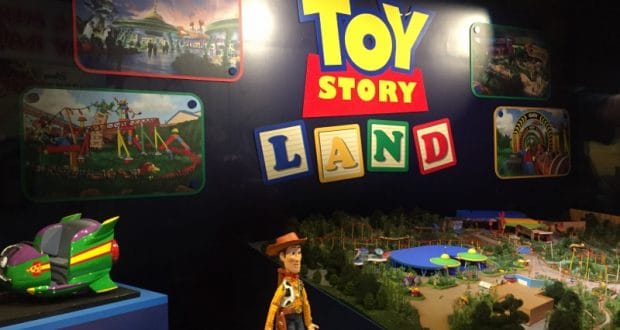 8 Things You May Be Missing In Disney’s Hollywood Studios

Out of the four theme parks in Walt Disney World, many guests love to spend the majority of time in Disney’s Hollywood Studios thanks to its unique environment and wonderful experiences. Guests who spend time in the park can feel as though they are starring in their own Hollywood adventures and enjoy attractions, entertainment, dining, and shopping. While there are plenty of popular attractions in Disney’s Hollywood Studios like The Twilight Zone Tower of Terror, the Rock ‘n’ Roller Coaster Starring Aerosmith, Toy Story Mania, and Star Tours – The Adventure Continues, there are plenty of other attractions and experiences which tend to be missed by guests. These underrated attractions tend to be overlooked by guests who head straight for popular experiences, but they are all unique and enjoyable and should not be missed. From stage shows to quick service eateries, there are plenty of places that guests might be skipping over. Here are eight things that guests may be missing in Walt Disney World’s Disney’s Hollywood Studios.

One of the most popular attractions in Disney’s Hollywood Studios is Toy Story Mania which can be found in the Pixar Place area of the park. Guests tend to automatically head straight for that attraction leading them to overlook another wonderful experience which offers a historical glimpse into the man who made the magic of Disney possible. Walt Disney Presents (formerly known as Walt Disney: One Man’s Dream) brings guests through a wonderful exhibit which showcases artwork, theme park models, artifacts, and props which were created by Disney and his company over the years. A recent addition of new models feature what’s to come at Hollywood Studios such as Minnie & Mickey’s attraction, Toy Story Land, and Star Wars Land! At the end of the exhibit is a small theater which airs a film that helps guests learn more about the life and legacy of Walt Disney.

Guests who spend time in Disney’s Hollywood Studios definitely need to head over to the Grand Avenue to enjoy an attraction which is filled with zany humor and jokes. Muppet Vision 3D brings guests into the Muppet’s laboratories where they have discovered the spirit of 3D. With plenty of laugh out loud jokes and 3D tricks along the way, guests are sure to love enjoying Muppet Vision 3D.

One stage show in Disney’s Hollywood Studios is so jam packed with action that guests simply can’t miss it. The Indiana Jones Epic Stunt Spectacular! features larger than life sets and beloved characters as guests learn how big action stunts are pulled off safely and effectively. Guests will find themselves gripping the edge of their seats as they watch memorable scenes from the Indiana Jones film series play out in front of them in this must see show!

5. Beauty and the Beast – Live on Stage

Many guests who head down Sunset Boulevard go straight for either The Twilight Zone Tower of Terror or the Rock ‘n’ Roller Coaster Starring Aerosmith as they are two of the most thrilling and popular attractions in the park. Since most guests beeline for those attractions, they tend to overlook a great stage show also found on Sunset Boulevard. Beauty and the Beast – Live on Stage brings the classic Disney animated film to life through familiar characters and music, special effects, and wonderful dance numbers. Shown several times each day, guests definitely need to enjoy a performance of Beauty and the Beast – Live on Stage while in Disney’s Hollywood Studios.

4. Voyage of the Little Mermaid

Another classic Disney animated film is brought to life in the Animation Courtyard section of Disney’s Hollywood Studios. The Voyage of the Little Mermaid retells Ariel’s story through live acting, loveable characters, music, puppets, animation, special effects, and laser lights for an unforgettable experience. Guests will be sure to find themselves singing along as Ariel and her friends bring the classic story to life.

The Great Movie Ride may no longer be open as it prepares to be transformed into Mickey & Minnie’s Runaway Railway, but the replica of Grauman’s Chinese Theater at the end of Hollywood Boulevard still stands tall! Most guests forget to explore the Hollywood Yard of Fame which holds a lot of Hollywood history. The Yard of Fame has some amazing details including the hand and footprints of many celebrities and Disney characters in the cement.

Another great quick service location in Disney’s Hollywood Studios can be found in the Echo Lake section of the park and is housed inside a classic boat. Min and Bill’s Dockside Diner is open daily for lunch and dinner and serves up delicious options for guests to enjoy like Pork Sliders and Loaded Chili Cheese Nachos.

2016-05-12
Caitlin Kane
Previous: 7 Tips for Getting the Most Out of Epcot’s Future World
Next: 7 Tips When It Comes To Dining At Walt Disney World