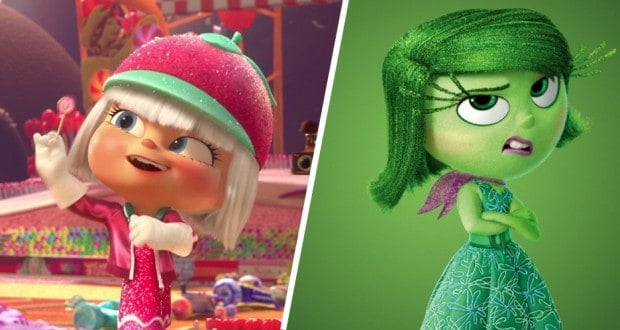 10 Actors Who Voiced Both Disney and Pixar Characters

Disney acquired Pixar in 2006. Some actors and actresses, like Mindy Kaling from the new Disney•Pixar movie, Inside Out, have lent their voices to both Disney and Disney•Pixar characters. Below is a list of our favorites:

10. Jennifer Tilly – Grace from Home on the Range and Celia Mae from Monsters, Inc.

9. Craig Ferguson – Owl from Winnie the Pooh and Lord Macintosh from Brave

7. Joan Cusack – Abby Mallard aka the Ugly Duckling from Chicken Little and Jessie from Toy Story 2 and Toy Story 3

5. Steve Buscemi – Wesley from Home on the Range and Randall from Monsters, Inc. and Monsters University

4. John Goodman – “Big Daddy” La Bouff in The Princess and the Frog, Pacha in The Emperor’s New Groove, and Sulley from Monsters, Inc. and Monsters University

3. Whoopi Goldberg – Shenzi from The Lion King and Stretch from Toy Story 3

2. Mindy Kaling – Taffyta Muttonfudge from Wreck-It Ralph and Disgust from Inside Out

1. Jodi Benson – Ariel from The Little Mermaid and Barbie from Toy Story 2 and Toy Story 3

These are not the only actors and actresses who have voiced characters for both Disney and Pixar! Share any you know of in the comments!