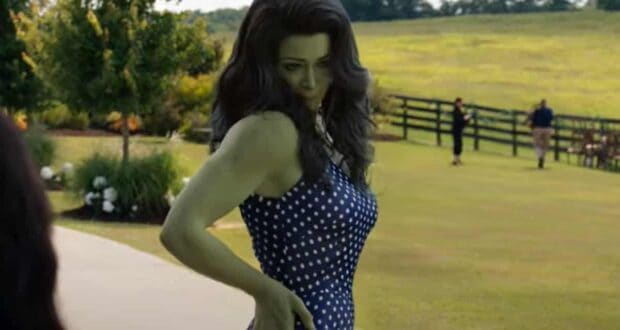 Tinder users have noticed something a bit…odd when swiping through their potential matches. There’s been a familiar name popping up on screen everywhere, hoping for a right swipe. Jennifer Walters. That’s right, You can now match with She-Hulk on Tinder! Sort of. The profile is an elaborate advertising campaign, and it’s certainly getting attention.

Marvel is no stranger to guerilla advertising campaigns. When Spider-Man: No Way Home was released, the Studio set up Daily Bugle newsstands worldwide with actual papers spreading stories of New York’s Spider-Man. For Ant-Man, they scattered tiny Ant-Man statues all around London engaged in crime-fighting.  Their newest campaign, though, may just be their most bizarre (and amusing) yet.

The advertisement looks exactly like a Tinder profile at first glance. There are photos and a bio, and you can even swipe left or right on Jennifer Walters. Only by reading the bio does the user know it’s an ad. It begins, “I know what you’re thinking, this can’t be real… and guess what, it’s not,” before asking users to suspend their disbelief and pretend they’ve matched with She-Hulk and giving a description of the new show. 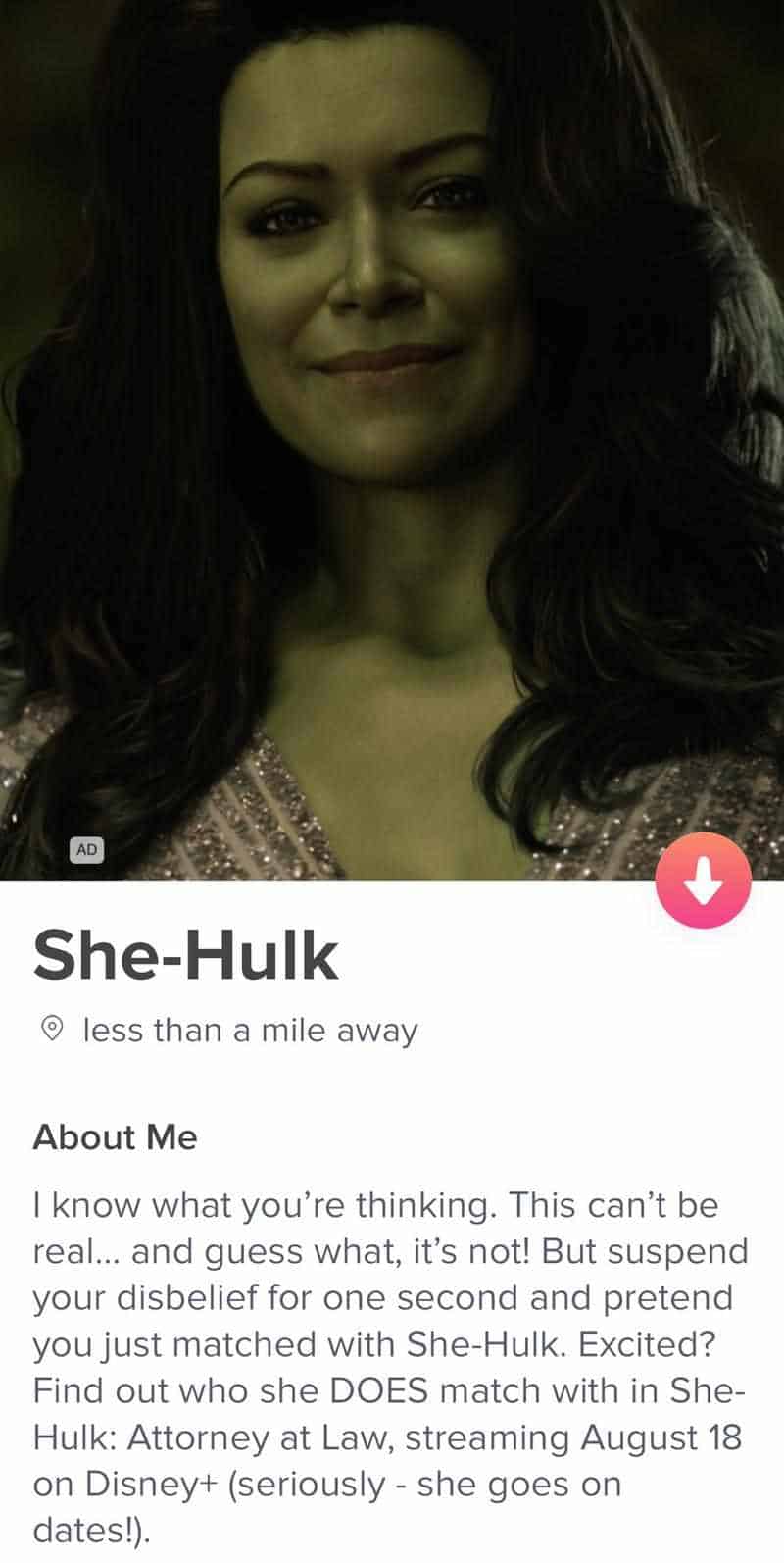 For those who never read bio’s before swiping (or for those who are just curious), a right swipe triggers the account to send an automatic greeting that says, “I knew we’d match!” and encourages matches to “set up a date” to watch She-Hulk Attorney at Law on Disney+. 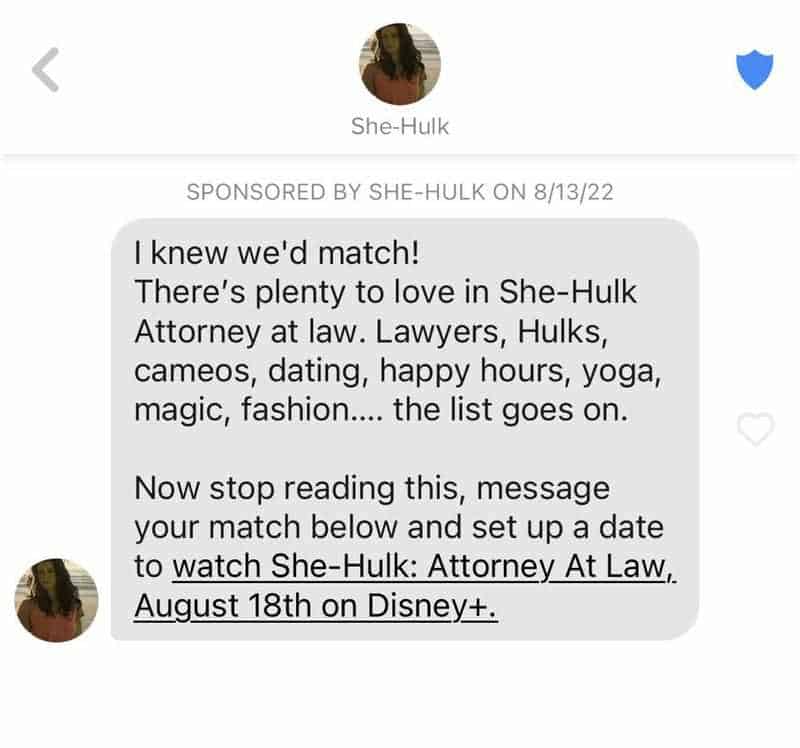 The series will be vastly different than other Marvel series and will follow Jennifer Wakters as she navigates a legal career and online dating along with her newly acquired Hulk abilities. It also will include fourth wall breaks where Waters addresses the audience directly, which is outside the norm for Marvel. You can stream it on Disney+ in just a few days, beginning August 18.