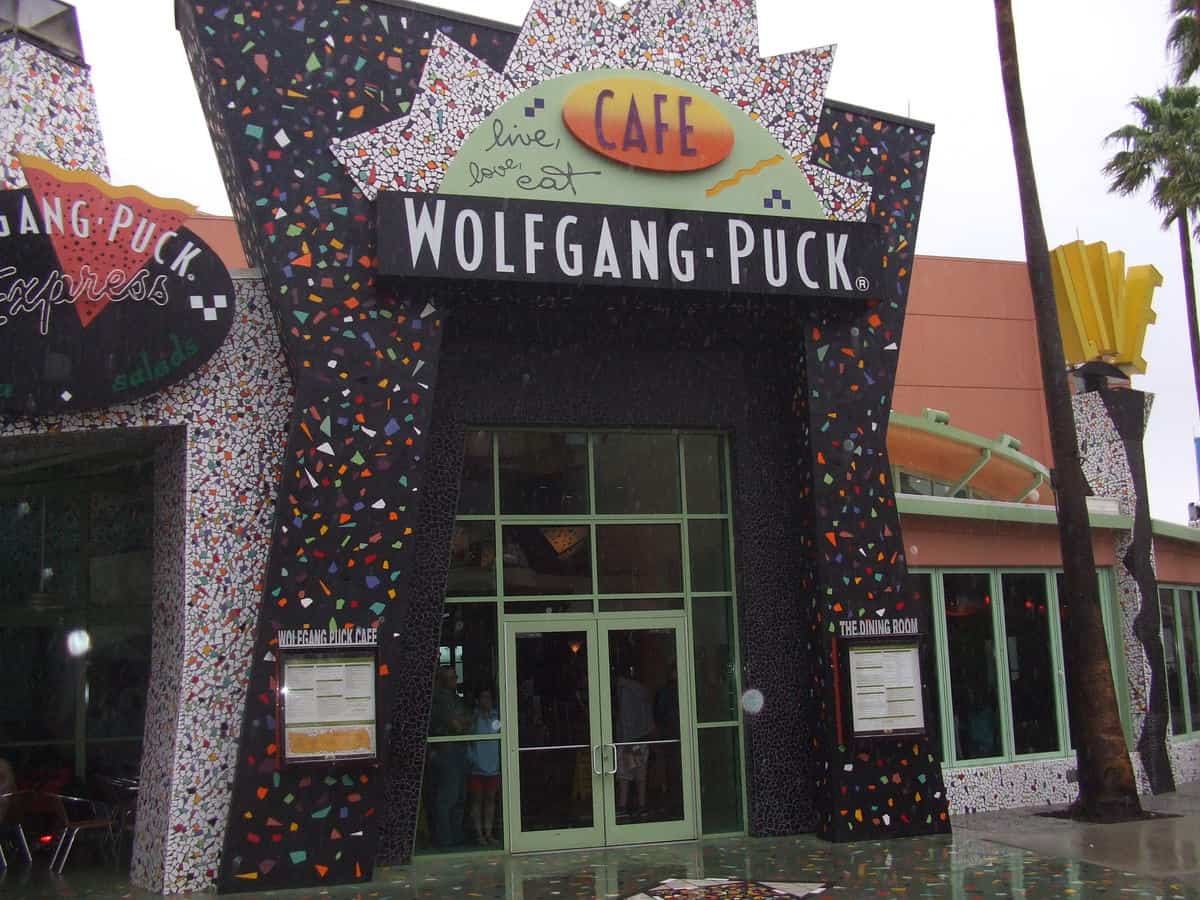 We were there on a rainy Sunday afternoon. We had a 1:30 lunch reservation and were seated immediately. The restaurant is casual and chic, it is tastefully decorated with lots of bright colors but it is not overdone. There are picture windows in the back with a good view of the water and Characters in Flight, although with the rain no one really seemed to be enjoying the view. A few moments later Josh, our server, came over to introduce himself. He asked immediately if we have any allergies or special needs. I informed him that we are vegetarians and he asked what we were looking at, he obviously knew the menu well. I had heard that the place is vegetarian friendly and now I know why.

After we ordered we did not wait long. We started our meal with the Butternut Squash Soup. When some dear friends were in Orlando a couple of months ago they tried it and could not stop raving about it, it was their favorite part of their meal. The soup is topped with chives and red pepper sauce. It was thick, creamy and a bit on the sweet side. It was quite good. While we were enjoying the soup Josh brought a basket with large cubes of onion bread and large pieces of flat bread. They were a nice contrast to each other, and tasted great with a little bit of soup on them.

For the meal my daughter and I split the Margherita Pizza. Even though it is meant for one it was huge. It was wonderful, there was a thin crust and lots of mozzarella cheese. It was topped with basil and Roma tomatoes. There was more than enough for the two of us to share. My husband ordered the Pumpkin Ravioli. Josh had informed us that the sauce is normally made with a meat stock but that a vegetarian version is available. There were ample raviolis on the plate and they were stuffed full with pumpkin. The sauce was on the sweet side. My husband especially liked the fried sage and the toasted pine nuts that topped the dish.

We opted not to order dessert, although there were several options that looked tempting. Another thing that the restaurant is known for is the sushi. They have a sushi bar and when we were seated a sushi menu was given to us along with the regular menu. It was extensive. If you like sushi you will definitely want to stop by.

F-Food- Delicious and filling. The Butternut Squash Soup is a signature dish, you’ll want to try it. The pizza was one of the best that we have had at Disney.

A-Atmosphere- Fun. There is an upbeat, yet relaxed feel to the place.

S-Service- Excellent. I was impressed that Josh knew immediately which items are vegetarian and which can be modified. He was on top of things but not overbearing.

T-Tips- If there is just a dish or two that you want to try, order from Wolfgang Puck Express instead, the prices are lower. If you’d rather sit down and have a casual meal, try the Café. If you are looking for a special evening for two the Dining Room is the way to go.