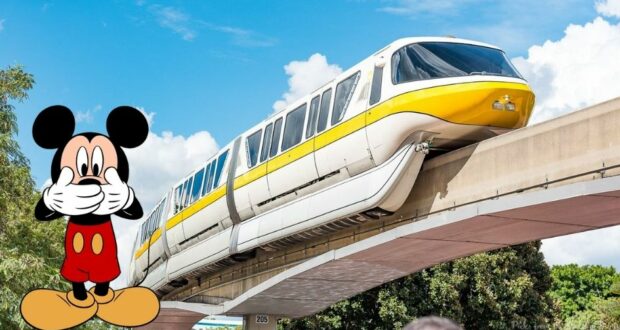 Why Are Masks STILL Required on Disney Transportation? Here’s What We Know

Disney fans, it’s actually happening! As previously shared, Walt Disney World Resort has announced they will no longer be requiring masks for vaccinated Guests indoors beginning February 17, 2022. Disneyland Resort followed the Disney World announcement with a face cover policy change as well. But, don’t throw away those masks just yet!

Disney has announced that despite masks no longer being required indoors, including enclosed locations such as Twilight Zone Tower of Terror‘s elevator or Mission: SPACE‘s closed-off rockets, they are still requiring face coverings on Disney buses, the Monorail, as well as the Disney Skyliner.

Disney’s official face-covering policy beginning February 17, 2022, reads: Face coverings will still be required by all Guests (ages 2 and up) on enclosed Disney transportation, including Disney buses, monorails, and Disney Skyliner.

So, why has Disney dropped masks from ALL indoor locations including up-close attraction experiences… but not on Disney transportation? Well, you can thank the President and the TSA.

The most recent statement regarding face masks via the Transportation Security Administration (TSA) dates back to December 2, 2021, when the President’s order was made to extend the face mask requirement on transportation. The statement reads as follows:

Following the President’s order and announcement regarding efforts to combat the Omicron variant, TSA, in conjunction with the CDC, will extend the face mask requirement for individuals across all transportation networks throughout the United States, including at airports, onboard commercial aircraft, on over-the-road buses, and on commuter bus and rail systems through March 18, 2022.

TSA Administrator David Pekoske has said frequently the combination of vaccinations and face masks work and are highly effective in terms of slowing the spread of the virus in the transportation system, and they make travel safer for everyone. More details about the extension will be available soon.

We’re curious to see when March 18, 2022 rolls around next month if Disney will finally have the option to drop masks on its transportation outlets. Even more so, makes us wonder if Disney could then start looking at the return of its pre-COVID Minnie Van service.

The only form of Disney transportation NOT listed on the new face mask policy beginning February 17, 2022, is the Tram system which returned to Magic Kingdom December 2021 and will return this month at Disneyland Resort. The Tram is not enclosed making it the sole Disney transportation mask exception.

We’ll mark our calendars as maybe come March 19, 2022, Disney will announce the retirement of masks throughout ALL of its property… including Disney transportation.

2022-02-16
Jamie Sylvester
Previous: Which power couple spent their honeymoon aboard Hollywood Studios’ new Galactic Starcruiser?
Next: Cue the comments: Disney’s planning new communities for ‘Disney Adults’, and Twitter is having a heyday