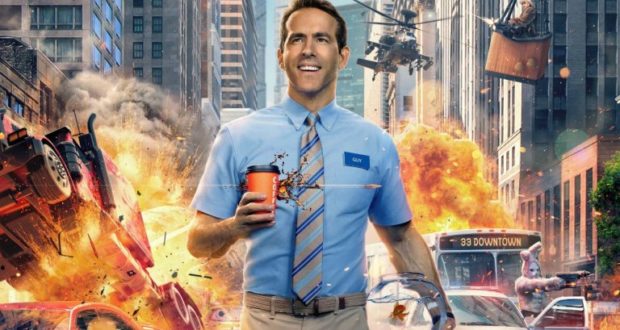 Why Free Guy Won’t Be On Disney+

The newest Disney film to hit theaters will be Ryan Reynolds’ Free Guy. What will make this release unique is the fact it will be released only in theaters and not Disney+ as well

While promoting the film, the director, Shawn Levy was asked about why the film wasn’t released onto Disney+, which he replied:

I think, well two things, one is Disney shortly after they bought Fox, they came to a test screening of Free Guy. And I say this as someone who, whether it was Real Steel or Ryan had this experience on Deadpool 2 where, we’ve had movies that have tested euphorically, Free Guy tested like nothing to a number that neither Ryan nor I had seen and the Disney brass was there. So they always said through the whole pandemic, when we would say, are you sure you don’t want to just show people, because it’s done. They really always felt that if Free Guy can get its moment in movie theaters and the audience can feel that experience, that it could catch a tailwind and maybe even justify the existence of other stories within a new franchise, it’s a big swing. I’ve seen the movie play in theaters and certainly every director would rather have it seen big and loud. So selfishly, narcissistically, the director of me loves that. But COVID permissive, permitting the hope is that that collective experience can bring the movie to life in the culture the way we feel it can. And that was always the position that Disney had.

Moving the film to Disney+ would be a big shift for the company and probably would have some legal implications that aren’t needed.

This movie will be a good indicator of how society feels about theaters right now.