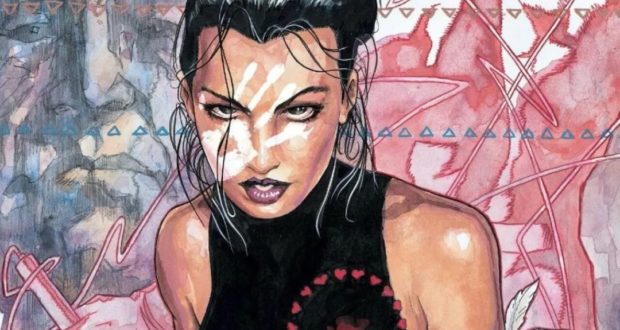 We learned earlier this year that Marvel was working on an Echo series. Apparently the working title for the series is Whole Branzino.

A branzino is a European bass, is a type of white fish. Native to the waters off Europe’s western and southern coasts, as well as the northern African coast, it’s quite popular in Italian cuisine.

What does this have to do with the series? Qe aren’t sure yet Marvel definitely likes to play on words and phrases when it comes to working titles. We saw this with The Falcon and the Winter Soldier working title was Tag Team (Sam and Bucky). Thor: Love and Thunder is The Big Salad (fat Thor, weight loss). Knowing this, we are sure eventually we will understand.

Echo is the superhero name of Maya Lopez, a deaf Native American character who can exactly replicate the movements of another person in battle. She first appeared alongside Daredevil in a comic strip from 1999. Alaqua Cox will be the first person to play the character in live-action.

We can expect production to start earlier in 2022 with the hopes for the series to be released later in the year.

2021-07-05
Jennifer Retzlaff
Previous: EPCOT Forever on the Fourth of July
Next: Harrison Ford Seen In Sling Following Injury On Set