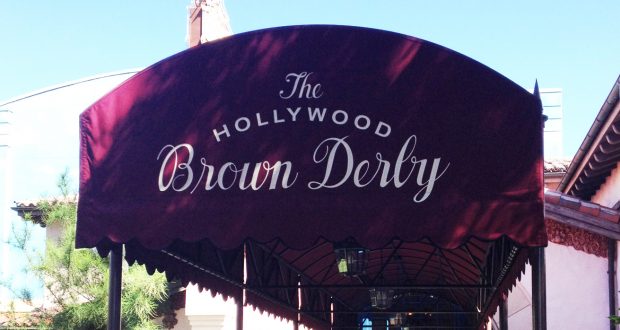 How Well Do You Know Disney’s Hollywood Studios?

Disney World’s third park opened on May 1, 1989 under the name Disney– MGM Studios, until 2008 when it changed to Disney’s Hollywood Studios. It was announced that the park will receive a new name in the near future, though that name hasn’t been released yet. The park took almost three years to build, and cost $500 million. Hollywood Studios is dedicated to the golden era of Hollywood in the 1930’s and 1940’s, as well as the magic of movies of yesteryear and today. At the end of Hollywood Boulevard is a beautiful replica of Grauman’s Chinese Theater, complete with handprints in front in the cement. You may even spot a few Disney characters that have left their handprints in the cement.

There aren’t quite as many rides at Hollywood Studios as there are at Magic Kingdom, but this park does have some pretty spectacular rides, and because there are fewer of them the lines can get lengthy. It’s a good idea to secure some FastPasses for the rides here. If you want to ride one of the most popular attractions at the park Toy Story Mania, a FastPass+ reservation is a smart idea. If you do wait in the standby line though, you will be rewarded with seeing one of the most advanced Audio-Animatronics Disney has made, Mr. Potato Head. He talks to guests, tells jokes, and if you’re lucky you might just see him remove an ear.

The Twilight Zone Tower of Terror is a spooky thrill ride for those seeking adventure at the studios. It’s 199 feet high, and can reach a top speed of 39 miles per hour. The elevators in the tower can move 15 times the speed of a regular elevator. For some of the best theming in the park, put this ride on your must-do list.

The Rock ‘n’ Roller Coaster is another thrill ride, which goes 0-60 miles per hour in 2.8 seconds, and guests will experience a force of almost 5Gs. This one is not for the faint of heart, but definitely for those seeking a some speed and rocking music by Aerosmith.

Some other great rides here include Star Tours, which features over 50 ride combinations, meaning you’ll want to ride this one a few times. And the Great Movie Ride is a classic attraction that showcases the Hollywood theming of the park.

There are number of fantastic table service dining options at Hollywood Studios. If you enjoy the theming of the golden age of Hollywood, then The Hollywood Brown Derby, which is a replica of the famous Brown Derby restaurant, is the dining spot for you. The Cobb salad and the Grapefruit cake are signature items here and won’t disappoint. They also offer a special dining experience. You and a small group can dine with an Imagineer over a four-course meal. Truly a once in a life time experience.

For a completely different, and very family friendly dining experience, make a reservation at the Sci-Fi Dine-In Theater where you can sit in a car shaped booth, or the 50’s Prime Time Café. Be warned though, your server at the 50’s Prime Time Café may ask you to adhere to some basic rules, such as eating all your vegetables and keeping your elbows off the table.

Indiana Jones is one of the most exciting shows at this park. You’ll see stunts, explosions and some audience members even get to participate. If you spot an audience member in a Hawaiian shirt before the show starts, chances are good he’s the plant who just happens to a stunt man.

Beauty and the Beast Live on Stage opened at Hollywood Studios the same day the film opened in theater. This is the only time that has happened at Disney. The show runs often throughout the day, and features beautiful costumes, and all your favorite songs from the film. If you enjoy Disney music, than make sure you see For the First Time in Forever: A Frozen Sing-Along Celebration.

The Citizens of Hollywood perform impromptu improv shows along Hollywood and Sunset Boulevards throughout the day. These little shows are always different, hilarious and often involve some audience interaction.

There is also Muppet Vision 3D for Muppet fans, and a number of shows and experiences for Star Wars fans, and Disney Junior also appears live on stage. There is no shortage of fun shows throughout this park.

Guests can join Mickey in his dreams during the nighttime spectacular Fantasmic. 9,000 people can sit in the amphitheater and watch the pyrotechnics, dancing water, lasers, and 50 costumed characters. Guests can obtain a voucher to sit in the reserved VIP seating area by booking the Fantasmic Dining Package. Three restaurants participate in this special reservation. The Brown Derby, Mama Melrose’s, and the Hollywood & Vine.

Symphony in the Stars: A Galactic Spectacular is a fantastic firework show featuring pyrotechnics and video projections celebrating Star Wars. It is said to be the most elaborate show in the history of Hollywood Studios.

What’s Ahead for Hollywood Studios?

Hollywood Studios has major changes ahead, and many of those changes are already in the works. A number of attractions have closed to make room for new attractions and lands. The show Lights, Motors, Action, the Backlot Tour, and the Streets of America are just a few of the things that have closed at Hollywood Studios. Although they will be missed, we’re excited to see the magic and adventure that the new Star Wars Land, and Toy Story Land will bring.

2016-06-12
Lauren Repei
Previous: Top 19 Experiences At Walt Disney World’s Magic Kingdom
Next: 10 Experiences You Might Not Have Tried Around Hollywood Studios