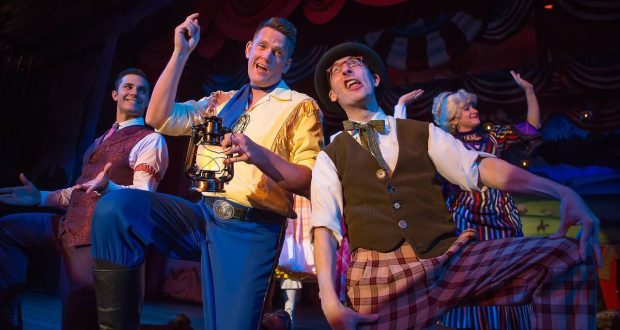 As shared by OrlandoSentinel: Walt Disney World laid off entertainers from its highest-profile shows Tuesday night (Oct. 27) in what some described as a “bloodbath” as the scale of the layoffs rocked the Central Florida arts community. The deluge of pink slips showed the theme park has no foreseeable plans to remount marquee attractions such as “Festival of the Lion King” or “Finding Nemo: The Musical,” both of which have been dark since COVID-19 shut the parks this spring.

Even the cast of the venerable “Hoop-Dee-Doo Musical Revue” dinner show, which has run since 1974, wasn’t immune from the latest round of Disney dismissals. “Clare DeLune, you were a dream come true,” wrote performer Nicolette Quintero, referring to one of the “Hoop-Dee-Doo” characters. “My dream role at my dream company on one of my favorite stages,” Quintero posted on Facebook. “Today is a very hard day.”

Disney did not address the job cuts on Tuesday night. In all, it appears that Disney is laying off more than 20% of its Orlando workforce, or more than 15,500 employees.