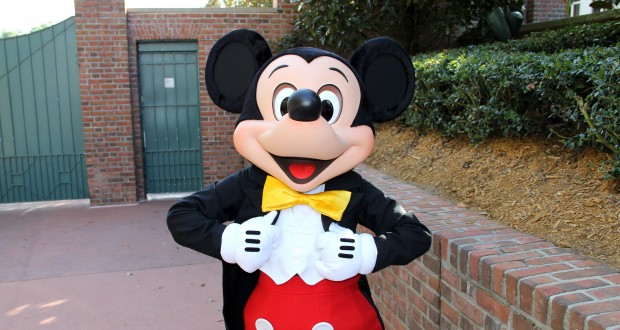 Walt Disney World Facts That Will Make You Feel Old

When you look at the calendar you might wonder how in the world did we already get to the year 2021? It seems like just yesterday that everyone was worried about their computers crashing because of Y2K. You blink and time goes by so quickly. Here are some Disney facts that will make you feel old.

Opening day of Walt Disney World was October 1, 1971. Disneyland in California had already been open for 16 years at that time. EPCOT also opened on October 1, but the year was 1982. Disney’s Hollywood Studios opened as Disney-MGM Studios in 1989. The youngest Walt Disney World theme park is Disney’s Animal Kingdom. It feels like it hasn’t been around all that long, but it opened in 1998. It’s hard to believe that it’s already 23 years old!

When Walt Disney World opened admission tickets were just $3.50 for an adult and $1.00 for a child! That price is a bit deceptive, though. No rides were included, you needed to buy tickets for the rides. There were five ride categories; A, B, C, D, and E. The most popular rides were all E rides, and those tickets cost the most. Even though the ride ticket system is long gone, an exciting ride will still sometimes be referred to as “an E-ticket attraction”.

Doesn’t it feel like yesterday when you would stick your admission ticket into the FastPass kiosk and get a paper return time? It doesn’t seem like it’s been all that long since we’ve done that, but paper FastPass ended in 2014 to make way for FastPass+. Some people like the new system better but many miss the old school way. With FastPass+ you can plan your days in advance but there’s something nostalgic about those paper return times. It was also a nice treat when someone would have paper FastPasses that they weren’t going to use so they would give them to you.

It was a huge announcement when Walt Disney World revealed that they were going to start using MagicBands. They debuted in 2013, and originally they were just for guests staying in a Walt Disney World resort hotel. The look and style have changed throughout the years. At the time that the program was first rolled out there were just basic, solid colors. Now you can get custom MagicBands, limited edition MagicBands, and different MagicBands for different seasons. They’ve come a long way. Of course, with Disney MagicMobile you don’t even need a MagicBand anymore. You can use your phone or SmartWatch.

Who can forget the iconic Sorcerer Hat at the entrance of Disney’s Hollywood Studios? So many photos were taken in front of it and for a while it was the icon for the park. The hat was removed in 2015 so that guests could have a better view of the Chinese Theater. Another iconic structure at Disney’s Hollywood Studios was the Earful Tower, which was removed in 2016. A lot has changed at the park, none of the opening day attractions are around anymore. If you have not visited in the past couple of years you won’t recognize it.

It was a big deal when Disney announced Bibbidi Bobbidi Boutique. It started welcoming guests on April 5, 2006. Kids ages 3 to 12 can dress up as their favorite princess or as a pirate. It is a fun way for kids to be immersed in all of the Disney magic and be turned into some of their favorite characters. To make you feel old; the kids who visited that first day are all legal adults now.

8. “The Nightmare Before Christmas”

This may not have to do with the parks but it’s still all things Disney. Did you know that “The Nightmare Before Christmas” came out almost 28 years ago? It was released on October 13, 1993. It is a classic movie that you can enjoy for both Halloween and Christmas each year. Watching this favorite has become a holiday tradition for many.

Remember how excited you were when the latest Disney movie was released on VHS? Did you buy it new, or did you rent it from your local Blockbuster? Disney stopped releasing movies on VHS about 15 years ago. Many hard core Disney fans still have their collection and hold onto them because they are classic. Hopefully, they have something to play them on.

This actually might make you feel young, depending on how you look at it. Mickey Mouse turns 93 on November 18, 2021. He looks really good for his age! He’s accomplished a lot and he is still going strong. Walt Disney World would not be what it is today without Mickey or his creator, Walt Disney. “I only hope that we never lose sight of one thing—that it was all started by a mouse”.

2021-07-29
Tricia Kennedy
Previous: Night of a Million Holiday Lights Spectacular Returns to Give Kids The World Village
Next: Great Ideas For An Adults Only Trip to Walt Disney World