Universal Orlando Resort has just announced the opening of a brand-new attraction at the park’s CityWalk district.

Visiting the Orlando area soon and looking for something different to do with your time? Universal Orlando Resort is offering something new for individual guests, couples without kids, and families alike. The all-new experience is, as its title suggests, an escape room located at Universal’s CityWalk district. Both experiences, whether Jurassic World or Back to the Future, last approximately one hour, and during the experience, guests have to work together to find solutions to various challenges as the adventure–inspired by each film franchise–plays out across several individual rooms, each one adorned with props and sets that were also inspired by the films as well. Guests will do well to pay close attention to what the virtual guides as they give visitors clues and instructions that can help them to solve the challenges present in the escape rooms.

Spectrum News gives a detailed look at what takes place inside each film franchise-inspired adventure:

In “Jurassic World,” located on the upper level of the attraction, the stakes are high. Visitors become the newest geneticists at a secret lab on Isla Nublar. As they get familiar with the facilities, something goes horribly wrong: one of the genetically-engineered dinosaurs has escaped, and it’s up to them to not only help save other people on the island but also save years of precious research that could be lost. 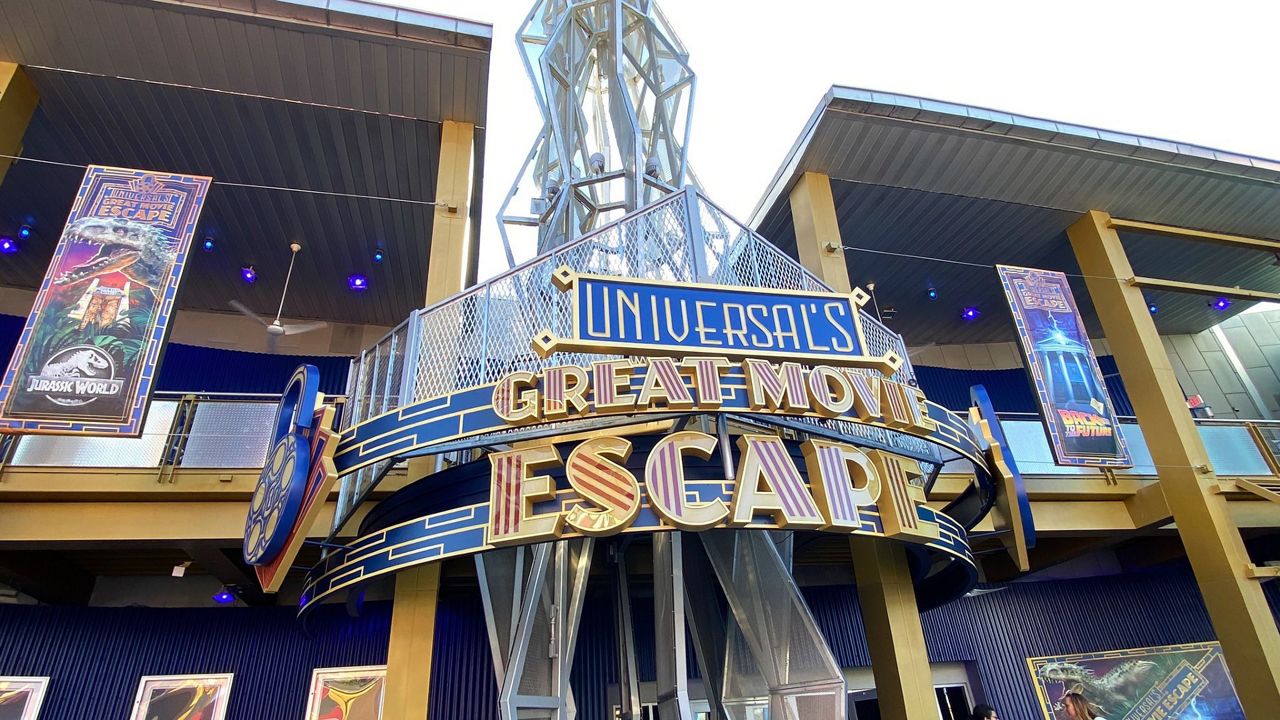 In “Back to the Future,” located on the main level, visitors arrive at a museum in 1993 to help Doc Brown (Christopher Lloyd reprising his role) track down Biff, who has stolen Doc’s new time travel device.  As they make their way through different time periods (The Old West, 1955), it will be up to them to save the space-time continuum before it’s too late.