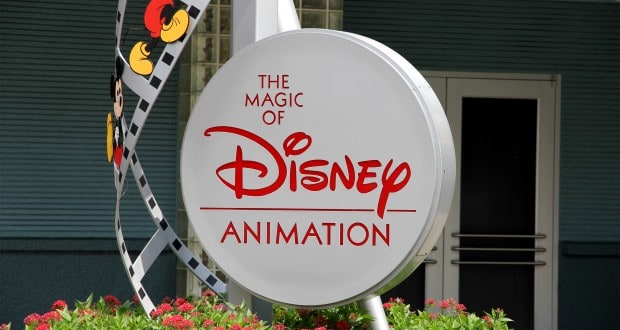 Summer is a great time to visit Walt Disney World. Schools are closed and you have vacation time saved up, so pack the car or book a last minute flight and head to Central Florida immediately. Spur of the moment vacations can make great memories, so don’t give your trip much thought. Here are ten reasons why you should drop everything and leave now.

Yes, the parks are more crowded in the summer. They are also open later, and in some cases will open earlier. Extra shows of favorites like Fantasmic! are added as well. Plan to arrive early for the smallest crowds of the day. The crowds are also more manageable at the end of the day, since families with small children will most likely have cleared out. If you’re staying on property, take advantage of Extra Magic Hours. Make your FastPass+ reservations as early in the day as possible so that you can then obtain a fourth pass. The parks might be busy, but you can still have a great time.

Spending all day at Epcot can take a lot out of you, especially during the hot summer months. Wouldn’t you like an air conditioned place to sit down for a few minutes, and maybe recharge your cell phone? D-Zone will allow you to do both of those. It’s located in Innovations. D-Zone is a great place to get out of the heat for a little while, or to hide if there’s a sudden afternoon storm. There is also a kiosk that sells snacks and cold drinks, including 21 and up options.

Captain EO has come and gone more than once at Epcot. Back in April the show closed to make way for a Tomorrowland preview. Many thought that the Michael Jackson, George Lucas, and Francis Ford Coppola collaboration was gone for good, but it is now set to return on July 19. Captain EO has been rumored to be on the chopping block for a long time, so if you love this campy trip back into the 1980’s, you’d better head to Walt Disney World soon.

One of the most popular counter service restaurants at Walt Disney World can be found at Disney’s Animal Kingdom. Flame Tree Barbecue has consistently made it onto lists of the best Disney restaurants, the food is that good. It closed several months ago for refurbishment, but now it’s open again and better than ever. One of the biggest improvements is more shade while you wait. You can still order ribs, pulled pork, and more. Flame Tree Barbecue takes theme park food to a whole new level.

What better way to spend your summer vacation than relaxing in a water park? Two of the best water parks on the planet are located at Walt Disney World. Both Disney’s Blizzard Beach and Disney’s Typhoon Lagoon can reach capacity on hot summer days, so arrive early. Make sure you use plenty of sunscreen.

While the major changes at Disney’s Animal Kingdom are still a couple of years down the road, there is something new that you will want to check out right away. Harambe Market is a fun place to eat that is inspired by the streets of Africa. There are four walk-up windows with different offerings; Chef Mwanga’s, Famous Sausages, Kitamu Grill, and Wanjohi Refreshments. There is outdoor covered seating, and the attention to detail is incredible.

It was announced on June 30 that DisneyQuest will close in 2016 to make room for the new NBA Experience. Just because the original announcement stated that the indoor theme park will be open until sometime next year does not mean that the date won’t be moved up, like it was with The American Idol Experience. If you want to take one last ride on CyberSpace Mountain, you’d better start packing, just to be on the safe side.

In the summer of 2014 Frozen took over Disney’s Hollywood Studios, and the event was so popular that it is back this year. Frozen Summer Fun features a Royal Welcome (which is a chance to get a glimpse of Anna and Elsa), a short film based on the characters, a dance party with Olaf, and special fireworks. The fun is included with park admission, but for an extra treat you might want to purchase the Frozen Summer Fun Premium Package. That includes special viewing for the Royal Welcome, reserved seating for For the First Time In Forever: A Frozen Sing-Along Celebration, and a fireworks dessert party. For more information, call 407-939-3463. Frozen Summer Fun runs daily through September 7.

2) The Magic of Disney Animation Is Also Closing

Another original attraction is set to close at Disney’s Hollywood Studios. The final day for The Magic of Disney Animation will be July 12. Time is running out to learn to draw a classic Disney character or to find out about sound effects. Many Disney fans consider The Magic of Disney Animation a hidden gem, and it will be missed. The Mickey meet and greet will be moved to another area of the park, but it looks like July 12 will also be the last day to meet the characters from Big Hero 6.

If you don’t have plans for the 4th of July, drop everything and head to Florida for a celebration like none other. The Magic Kingdom will hold Celebrate America – A Fourth of July Concert in the Sky Fireworks at 9:00pm on both July 3 and 4. At Disney’s Hollywood Studios the Frozen fireworks will be replaced for the evening with Rockin’ 4th of July Celebration at 10:15pm. There will also be a dance party. At Epcot, the celebration will take place all day long at The American Adventure Pavilion. Voices of Liberty will hold special performances throughout the day. Chip ‘n’ Dale will be on hand, dressed in patriotic costumes. IllumiNations: Reflections of Earth will close the day at 10:00pm, with a special five minute finale. Head to Central Florida immediately for a 4th of July that you will never forget.