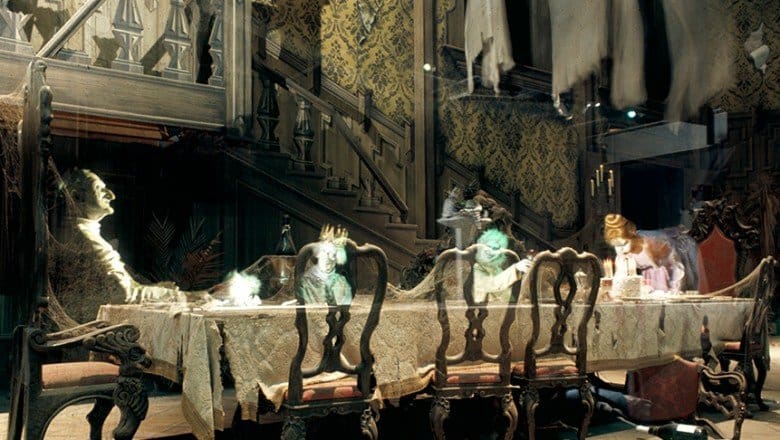 The hauntingly majestic Great Hall scene even captured my grandmother’s attention when she visited the park years ago; I remember her telling me about it when I was a child.  The hall is full of translucent, waltzing ghosts, as well as other spectres, such as portrait ghosts who emerge to duel, and ghostly guests eating a long-cold meal. The “ghosts” are created by a very old effect used in theatre, involving reflecting illuminated objects onto glass, which makes them appear transparent.  Amusingly, when Disney’s Imagineers built the animatronics for the ballroom, they built them as you would expect, with the men leading their female partners.  But when the figures were illuminated and reflected, they appeared in the reverse – which means the female ghosts in Haunted Mansion actually lead their male partners! (Photo Credit D23)