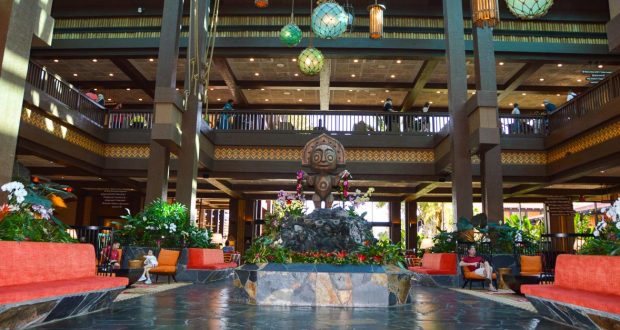 There are routine refurbishments currently taking place at Disney’s Art of Animation Resort. There are no major closures expected during the work. Everything is expected to remain open, including Landscape of Flavors and The Big Blue Pool. The changes taking place here are just to keep things looking their best at the resort.

Routine refurbishment is taking place at Disney’s Pop Century Resort that is expected to last until May, 2018. At the moment, nothing has closed, including the Hippy Dippy Pool and Everything POP Shopping & Dining. That means that you will still be able to get your Tie-dyed Cheesecake, which is a Pop Century classic dessert.

A lot of work has been taking place along Crescent Lake! These two resorts are located close to each other, and there has been similar work at both places. The general refurbishment is winding down, and it is expected to be complete by the end of September. The major change at the moment is that Captain’s Grille, which is normally at Disney’s Yacht Club, has been temporarily related to Ariel’s. That is located next door at Disney’s Beach Club Resort. The restaurant is expected to return to its normal location by September 30, 2017. The breakfast buffet is not available while relocated, but a la carte dishes are still available.

The refurbishment has finally wrapped up at Disney’s Port Orleans – French Quarter, and the results are amazing. The changes finished with the reopening of the Doubloon Lagoon pool back in January, 2017. The most exciting part of the refurbishment was arguably the reopening of  Sassagoula Floatworks and Food Factory. This popular eatery features favorites such as Crawfish Mac & Cheese Burger and Beignets with dipping sauce. All three meals are served, and Sassagoula Floatworks and Food Factory remains open until midnight for late night snacks.

The main change for 2017 at Disney’s Coronado Springs Resort is construction. That is because a new tower is being built. Once completed, it will be 15 stories high and have 500 guest rooms. It will feature rooftop dining. The location of the resort promises great fireworks views. There will be landscaping changes as well. Work is expected to take at least two years. All restaurants, pools, and other amenities are expected to remain open during the construction.

The most exciting change for 2017 at the Walt Disney World resorts is also the newest Disney Vacation Club property. Open as of July 17, 2017, there are two parts to Copper Creek. There are 194 villas that have up to three bedrooms, and they include all the conveniences of home. The cabins are even more spectacular. The 26 cabins all have the same floor plan, and they sleep up to eight adults. There are two bedrooms, a full kitchen, a hot tub, and a two-sided fireplace. The view of Bay Lake is incredible. Non-DVC members can expect to pay for the luxury, the Copper Creek Cabins start at over $1800 per night during the Value Season.