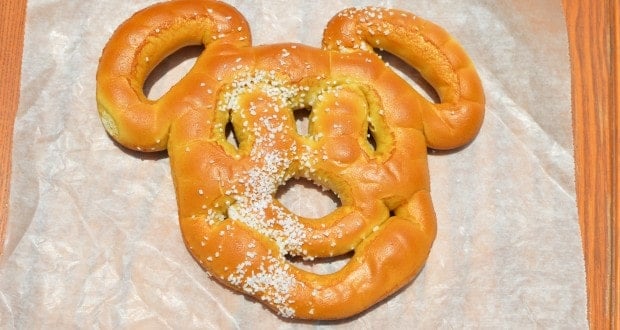 Snacks can be an important part of your day at Walt Disney World. Some snacks, such as Dole Whip, Turkey Legs, and Mickey Premium Ice Cream Bars, are even iconic. Properly timed snacks can keep hunger away until your next meal, and that could save you money. Here are eight tips to help you get the most out of snacking while on your next Walt Disney World vacation.

8. Bring Snacks With You

Walt Disney World does not discourage guests from bringing food into the parks. If you’re trying to save a few dollars, or you don’t want to stand in line at a snack stand, you might want to throw some snacks into your bag before you leave the hotel. Make sure that whatever you bring will stand up well in Florida’s heat. You don’t want to pull out a chocolate bar while in line for Seven Dwarfs Mine Train, only to discover that it’s turned into a gooey mess.

7. Vegans Can Snack Too

If you don’t consume animal products, you can still snack at Walt Disney World. Popcorn from the snack carts, Mickey Pretzels without dip, and plain Dole Whip are all vegan. If you’re a vegan it is never a bad idea to ask, just to be on the safe side, but you should be happy with the answer. You will also want to stop by Erin McKenna’s Bakery NYC at Disney Springs for incredible vegan baked goods.

6. Some Snacks Can Replace a Meal

Sometimes you can skip a meal if you plan your snacking properly. Funnel Cakes and Turkey Legs are both huge, and either one can be a meal. Pretzels (Mickey or stuffed) can also be a good meal replacement. Are Waffle Sandwiches a snack or a meal? An ice cream sundae will also fill you up. If you’re on the Disney Dining Plan, make sure that the snack counts as a snack credit. You don’t want to suddenly discover that you have to pay extra.

5. Visit Epcot During a Festival

There are four festivals held each year at Epcot. In late winter/New Year it’s Epcot International Festival of Arts. In the spring it’s the Epcot International Flower & Garden Festival. The Epcot International Food & Wine Festival is held in the fall. And the Festival of Holidays takes place in early winter. All of these festivals will give you a chance to buy snacks that aren’t usually offered in the park. Separate marketplaces will be setup throughout World Showcase, offering plenty of choices. Most of them count as a snack credit on the Disney Dining Plan. The Food & Wine Festival has the most options but the other three festivals have great snacks to offer.

4. There Are Healthy Choices

Snacks do not need to be bad for you. There are plenty of healthy snack choices available at Walt Disney World. Fresh cut and whole fruit are both sold in all four theme parks. You can buy vegetables and dip, hummus, pickles, trail mix, and Greek yogurt. You don’t have an excuse to eat only fried foods and pastries while you’re on vacation. You can enjoy something better for you as well.

If you love cupcakes and don’t mind a few extra calories, you will be thrilled by the selection available at Walt Disney World. You’ll find great cupcake choices in all four theme parks and at many of the resorts as well. These aren’t your run of the mill chocolate cupcakes with vanilla frosting. Instead, you’ll find Red Velvet Cupcakes, Oreo Cupcakes, Chocolate Butterfinger Cupcakes, Darth Vader Cupcakes, Olaf Cupcakes, Mickey Cupcakes, Tree of Life Cupcakes, Vanilla Caramel Cupcakes, Seasonal Cupcakes, and dozens more. There are so many different types of cupcakes at Walt Disney World that each member of your party could have a different type each day of your vacation and you’d still miss out on something delicious.

Ice cream and theme parks seem to go hand in hand. It’s a tasty treat that will help you to cool off on a hot day. What you may not realize is how many different ways you can get your ice cream fix at Walt Disney World. Carts and kiosks are everywhere that sell Mickey Premium Ice Cream Bars and other packaged frozen treats. You can get cones and dishes of soft serve or hand scooped ice cream in many different places. Plaza Ice Cream Parlor in the Magic Kingdom and Hollywood Scoops at Disney’s Hollywood Studios are just two of the theme park choices. At Epcot you can try international ice creams. In the water parks you can buy the Sand Pail, which is a literal sand pail filled with soft serve ice cream and plenty of toppings. Your spoon is a shovel. If you’re headed to Disney Springs you can get your ice cream fix at Ghirardelli Ice Cream & Chocolate Shop, Haagen-Dazs at Disney Springs West Side, or Vivoli il Gelato. At the resorts, you might want to try The Fountain at Walt Disney World Dolphin Hotel, or tackle the Kitchen Sink at Beaches & Cream Soda Shop. This monster sundae can be found at Disney’s Beach Club Resort. There are plenty more ice cream treats that aren’t listed here.

1. Take Advantage of the Variety of Choices

One of the nicest things about snacking at Walt Disney World is that there is such a large variety of choices. You can snack on something “normal” such as chips, but you can instead have Chinese BBQ Pork Buns. Your snack could be an apple, or you might instead order a Hand-dipped BB-8 Droid Crisped Rice Treat. A cookie is a yummy snack, but it’s even better when two fresh baked cookies have ice cream in the middle. Sweet, salty, savory, or something else, you’re sure to find the snack that you’re craving at Walt Disney World. 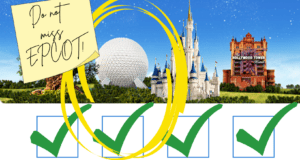